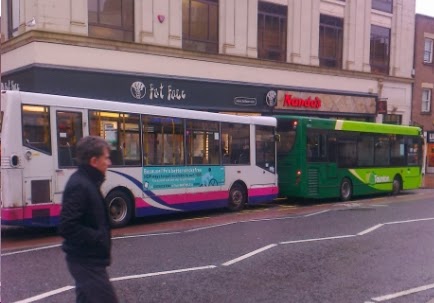 There was a smattering of vehicles in "Taunton" livery in the town centre; but, frankly, the overall picture was disappointing. Having enthused about the town network map ... 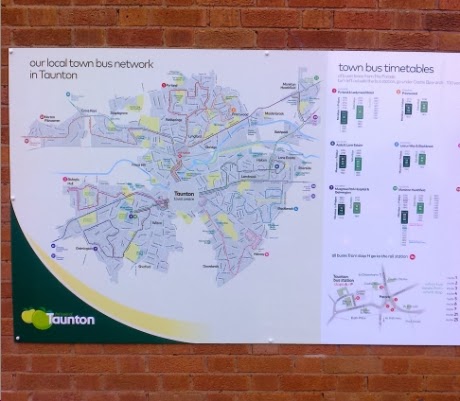 ... at the bus station, fbb expected to see one at each of the main bus stops in the centre. None at all! The plan of the centre stops (above bottom right) is not available on line (it should be!) but the refuelled and refreshed obese one chose to take a butchers at stop H.

Only there wasn't one!

Thanks to his encyclopaedic knowledge of Taunton's central stopping arrangements (?), fbb knew that Stop H should be at the end of Castle Green, the walking route from bus station to town centre.

But it wasn't there. Instead, the excited passenger, thrilled with the new-look for his (or her) local buses, is greeted with this:- 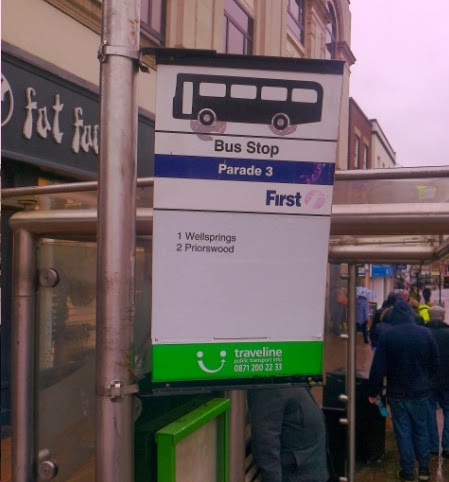 Tired, bashed and bent "Parade 3"; advertising the awful (and expensive) Traveline and some tatty bus company called "First"! Presuming that this brand change has been in the planning stage for some months, surely First Bus The Buses of Somerset could send Job Experience Boy out with some vinyls and a stepladder? 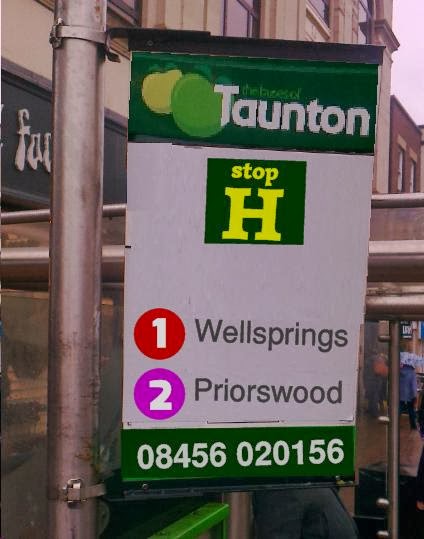 And where, pray, does bus route 1 go?

The stop says "Wellsprings"; but the bus doesn't. 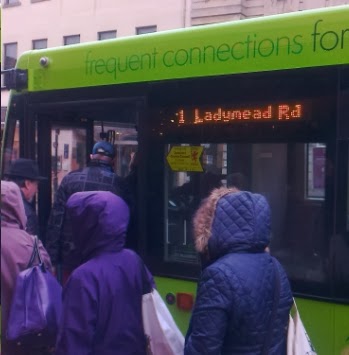 How long would fbb have to wait for a bus showing "Wellsprings"? The timetable is different again ...

... and marginally more helpful. The route map even manages to invent a Taunton locality, Pyrland ... 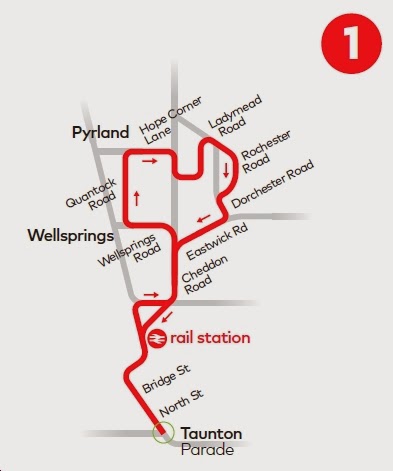 ... unknown to the Ordnance Survey or even Google Maps. 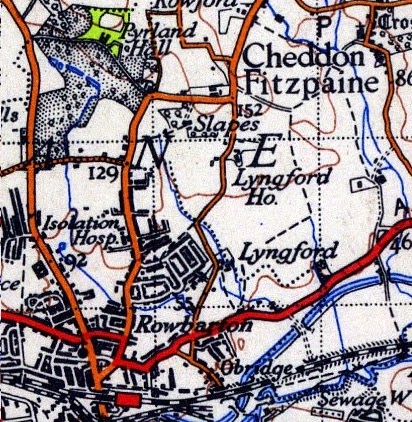 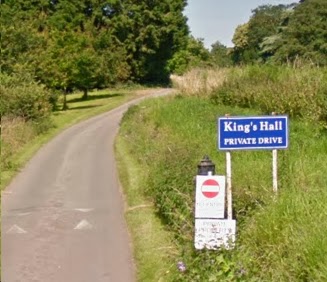 Perhaps there's a major new housing scheme about to appear in the school grounds?

Back to the service 1 timetable which has "Priorswood shops" as a timing point. But service 2 goes to "Priorswood" and Priorswood shops do not appear on the service 1 map. [Secret revealed. Priorswood Shops are on Dorchester Road, shown on the route 1 map; but shhh ... Careless Talk costs Bus Passengers! Service 2 also stops there, but on Eastwick Road which crosses at the end of the parade] 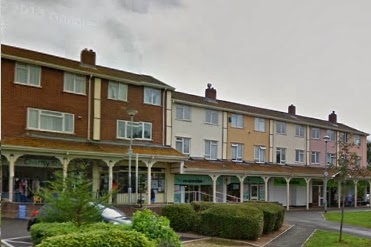 So - could do better! Is this another case of handing everything over to a sub-contractor who works from a database rather than reality? Has R*y St*nn*ng ever been to Taunton?

And what about those ex-First buses? The boss of "The Buses of Somerset", Marc Reddy, has stressed that the change from grey to green is indicative of a "work in progress" and not just "a paint job". fbb understands that all buses will be gloriously green by the summer, possibly with some new or newer vehicles to upgrade the fleet somewhat. We are also promised better fares information and an up-fettling of the enquiry office; maybe even without a 30 minutes lunch break?

But why not add a sticker to old-liveried vehicles? 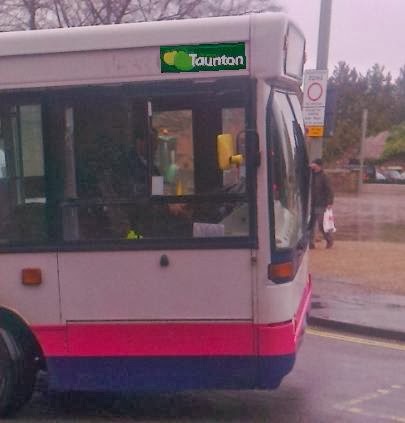 And if that "image" is considered negative, try making it positive. When First Aberdeen introduced refurbished buses as "Platinum", temporary replacement vehicles were lettered up as such; "your usual buses are being upgraded" on the side panels. Why not do something similar in Taunton? 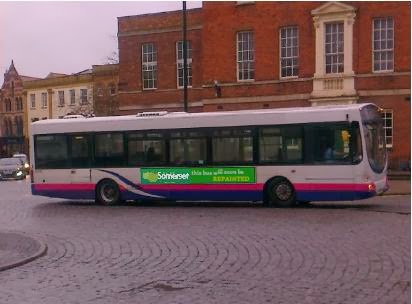 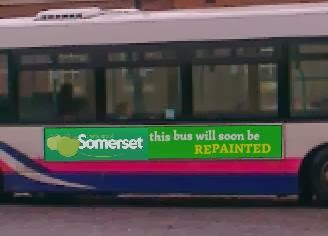 [fbb's paste-up skills are minimal; but you get the idea.]

Whilst Taunton bus station impresses, the town centre depresses. Simple sticky-backed plastic could have made the change more memorable throughout the busy "Parade" area. Maybe the work in progress will deliver soon. fbb hopes so, because the vision and the new image ought to succeed. Unless the impetus fizzles.

But, before his journey back to Seaton, fbb had one last task to perform. And that involved a return to the bus station and a visit to the now-open enquiry office.

P.S. The web site doesn't work as well as it should. Too "clever" for its own good? 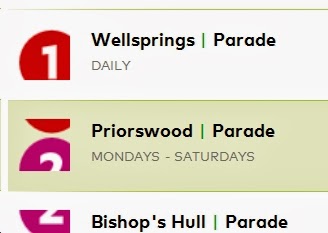 Next apple-bus blog : Wednesday 12th February
Posted by fatbusbloke at 02:00