What an Outstandingly Good Idea!


After lunch and a look round the "Parade" it was back to Taunton's enquiry office at Taunton's bus station. Well, not quite. The bus station is the property of F*rst B*s, now expunged from North Somerset history and replaced by two-greens "The Buses of Someset" and/or "The Buses of Taunton". So nasty intruders like St*g*c**ch (and information about their non-competing services) are for ever hidden from the intending Tauntonian passengers.

But the enquiry office is part of a substantially fettled-up image; including a nice green door. 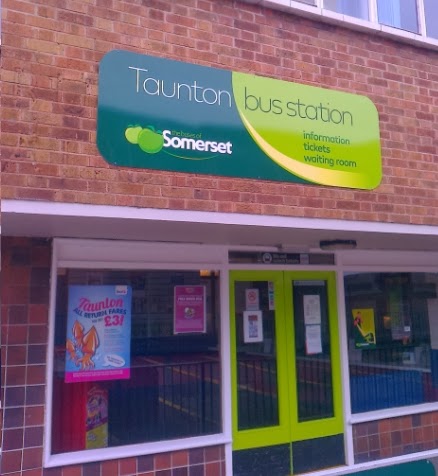 But it's what's behind the green door that is such a F*rst B*s revelation. Somebody in the company hierarchy has come up with an amazing new idea. Instead of publishing loads of leaflets for your customers to collect, why not (sort of) glue them all together into what could best be called "a book".

Its dictionary description is a "timetable book" but they call it a "bite-sized guide"; something to do with apples, perhaps? It is amazing that no-one has ever though of such a revolutionary idea before! And there, resplendent before his disbelieving eyes, fbb espied a huge rack of this impressive information implementation. 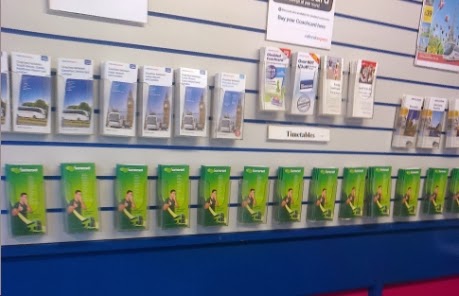 A timetable book; what a cracker of an invention. Christmas has come early this year. And they are free.

Or has the chubby one returned to his former Isle of Wight home in a somnambulant reverie brought on by the strange pink sauce served with his luncheon "Prawn Jacket" from Debenhams? 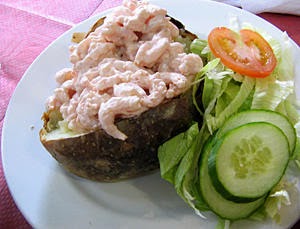 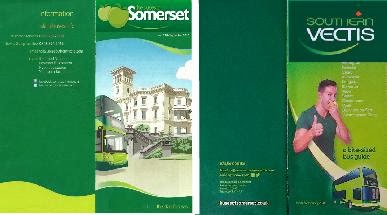 But, heyho, that doesn't matter. What is so encouraging is that everything a passenger might need (well, almost everything) is readily to hand in one place.

We are introduced to the changes .. 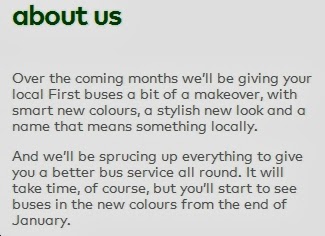 ... complete with attractive apple-eating dolly-bird. Sadly, she wasn't on duty in the enquiry office when fbb popped in. Her cheery smile would have brightened a dull and drizzle drenched day. 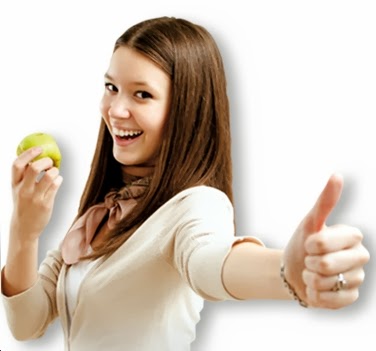 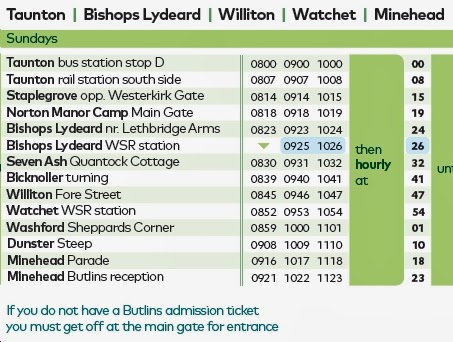 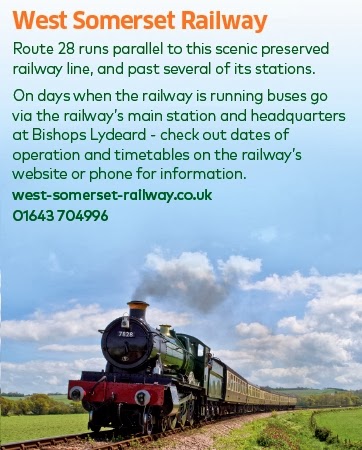 The accompanying maps, one for each route ... 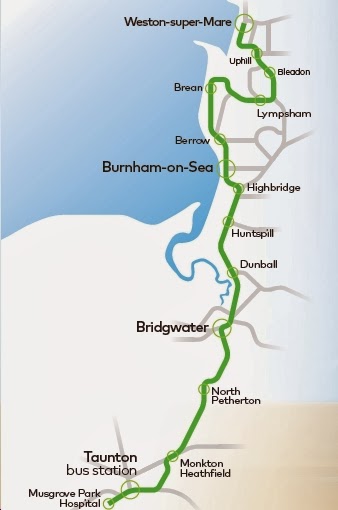 ... are complemented by selected town plans; as here for Weston-super-Mud. 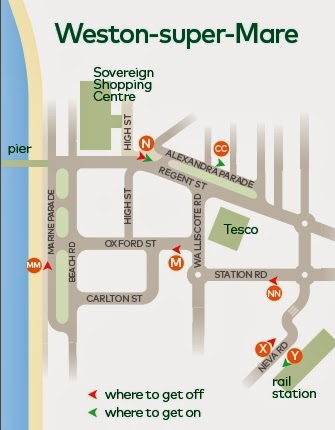 And there is one in the book for Taunton Parade, but not on-line.

One beef, already expressed by fbb, is that maps and timetables don't always match. To be really helpful, any map should, as a minimum, include every point time from its accompanying timetable. As yesterday's blog  revealed (read again), presently they don't.

Fare information is limited to the simple flat fares for Taunton and Bridgewater plus the usual day, week, month (etc) season ticket prices. 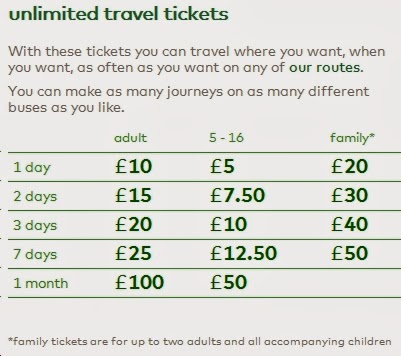 It is worth repeating that the day ticket seems a tad too expensive for casual use. It would be better to make it the same as the £7.50 maximum return price. A snag with green apple independence raises its fairly ugly head at the boundaries of Buses of Somerset territory. What is the return fare from Uphill, Weston super Mud (service 21) to Bath? Doubtless NOT £7.50 because that would involve transferring from nice apple-flavoured green buses to those nasty people at F*rst B*s.

We are promised a simplified regional fares structure in due course; a work in progress.

In a way, it is sad to end this blog with bad news; but it is the worst news possible. 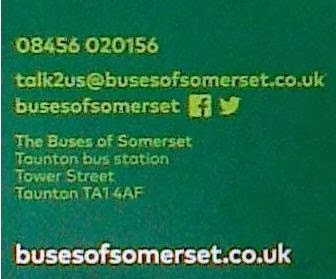 fbb decided to test the enquiry number on the back of the new timetable book. How well would the new local "image" perform in practice at the end of the phone? fbb was ready with his question, "When is the next bus to Red Ball?"

As the timetable book says, "... and a name that means something locally ..."


Next rail blog : Thursday 13th February
Posted by fatbusbloke at 02:00