A Doddle to Dawdle to Dawlish [1]

Tuesday 18th was, largely speaking, a fine day; thus your sleuthing sexagenarian sought to sally forth to points west to experience replacement bus services for himself. 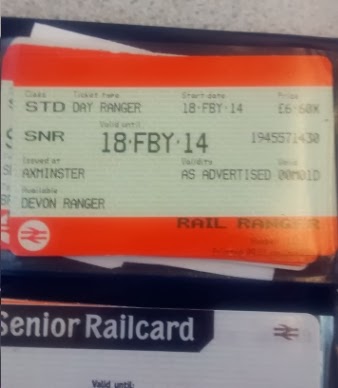 He chose the £6.60 Devon Ranger ticket sold with polite suspicion by the man in the ticket office at Axminster. When fbb confessed he was going "for fun" the suspicion turned to a sad shaking of the head.

There was still plenty of water on the Axe flood plain, but thankfully less that there was at the weekend. Looking north ... 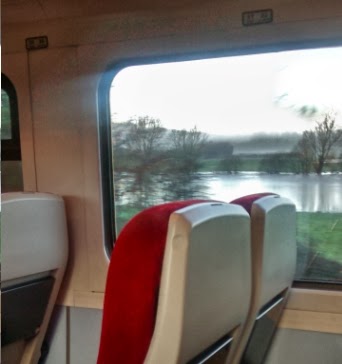 ... and south the view was decidedly soggy. 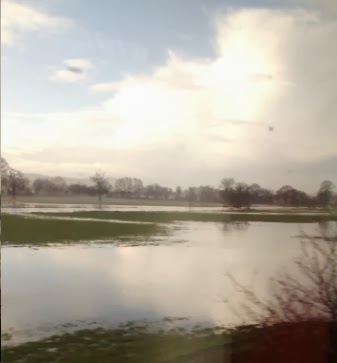 Arrival at Exeter was bang on time and, because of half term, the train was busier that usual - lots of teens (and pre-teens) off to Exeter to spend their day doing what teens and pre-teens do in Exeter.

Once outside the station, there were plenty of dayglo staff on hand to stand in a cluster and chat to one another ... 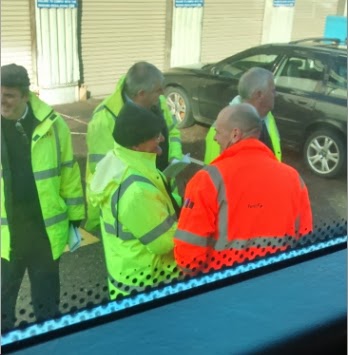 ... but, to be fair, one of the chattering classes did break off their conversation to answer questions. Surely some of these good folk ought to have been deployed on the platforms, meeting and greeting the occasional arriving trains. And there were still a few arriving. Trains from Paddington (diverted via Yeovil?), from Waterloo, from Exmouth, from Barnstaple and a shuttle from Taunton ... 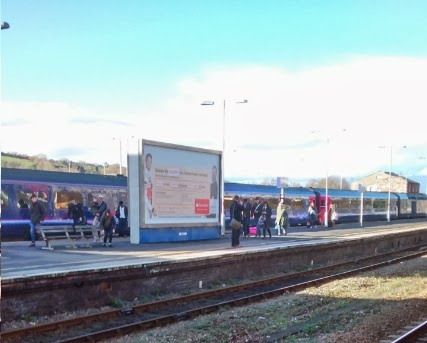 ... were all in operation. This map from Cross Country's web site gives some idea; although the actual service pattern has varied as lines recovered from or succumbed to recent inundations.. 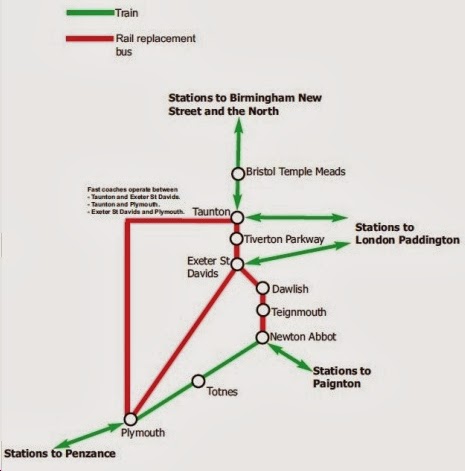 Coaches also running non-stop from Plymouth and Exeter to Bristol


Although fbb had planned his trip in meticulous detail, he played the innocent. With no on-platform dayglos, he resorted to one sandwich board ... 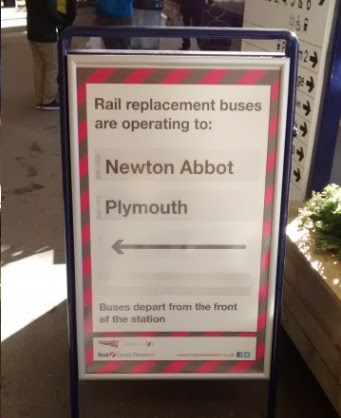 ... which was less than helpful; and departure screens ... 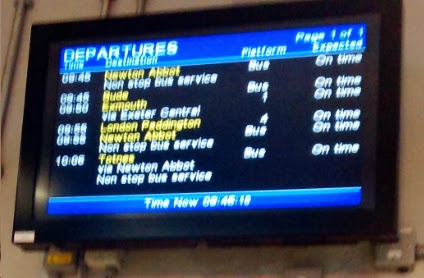 ... which didn't mention Dawlish either. [apologies for fuzzy pic - new phone/camera, less forgiving of wobbles of excitement/old age than the old one!] But the computer that makes the announcements was announcing buses in full detail.

In "incompetent old codger" mode, fbb wandered up to a dayglo who, as it turned out, was marshalling coaches as they arrived and knew nothing of bus times. But he did direct the lost waif to the correct area. 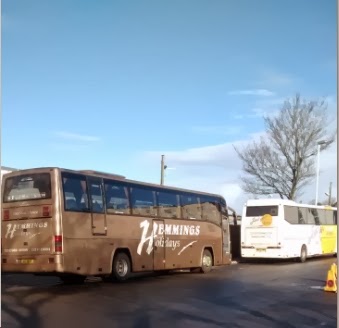 There was a sort of enquiry office, unoccupied but with two notices on the window. One was apposite ... 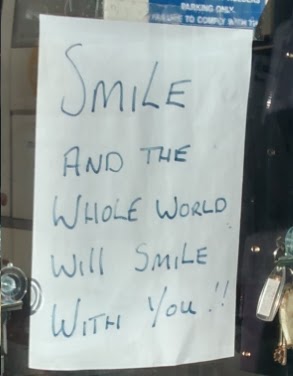 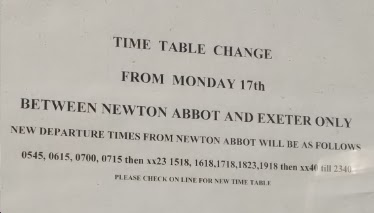 Did it mean that the three non-stop buses an hour service between Newton Abbot and Exeter was reduced to hourly? If so, the departure screens in the station resolutely offered a coach every 20 minutes.

Strangely, nobody was spotted on their smartphone, ipad or tablet (essential equipment to be carried, as we all know, by all bus passengers at all times.)

In fact, patient research back at base revealed these to be the times of the stopping service from Newton Abbot via Dawlish back to Exeter (as per on-line data) ...

... but, as is customary, no passenger noticed the notice.

Destination labels on the vehicles were few and far between ... 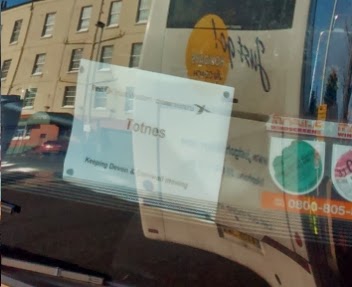 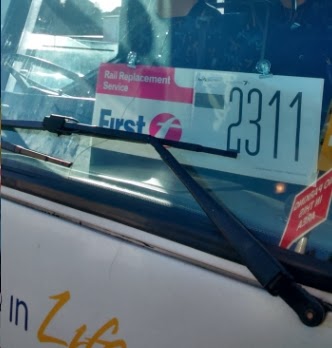 But the next one in was!

fbb boarded and was joined by two others. ... the driver finished the obligatory fag and coffee and the crowds (?) set off excitedly. 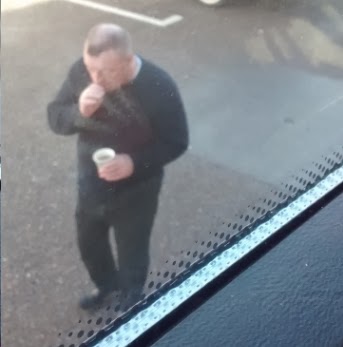 One new passenger joined at Exeter St Thomas, one at Starcross and one at Dawlish Warren; a crowd of six, four of whom were bound for Teignmouth. There were no on-board ticket checks. Half a dozen hopped on at Dawlish bound for Newton Abbot and (possibly) points further west. fbb lowered himself gingerly to the kerbside; coaches are not low floor easy access!

Despite a few minor niggles and the lack of staff on the station platforms at Exeter, everything seemed to be running very smoothly indeed.

But one facility was missing. Nowhere were there any printed timetables. Three PDF leaflets were available on-line ...

... and very good they were, too; with simple guidance, station by station, in addition to conventional timetable pages. 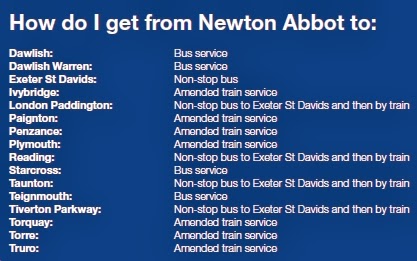 But where was the hard copy?

Tomorrow, then, we dawdle for an hour in Dawlish.


Next rail/bus blog : Friday 21st February
Posted by fatbusbloke at 02:00