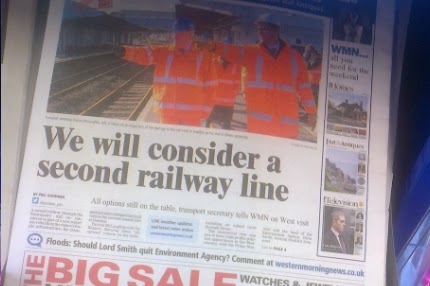 Encouaging - or not. Words bandied about in addition to "consider" include "evaluate", "investigate" and "examine all options". It was Sir Humphrey Appleby of "Yes (Prime) Minister" who explained that the best way to prevent something ever happening was to commission a "full and frank" Government Enquiry. So don't hold your breath!

Most pundits, amateur and professional, would reject the Teign Valley route via Christow, shown here as part of the BBC local news graphic. 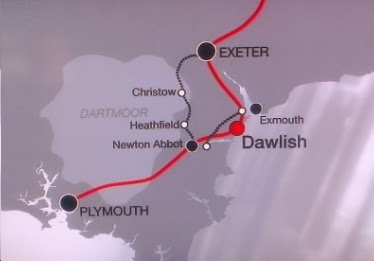 But what of the other line, shown above (incorrectly, as it happens) not quite joining back to the main line near Newton Abbot.

The Great Western Railway started planning this brand new piece of railway in 1933. The initial plan was to leave the main line north of Dawlish Warren, call at a station to the north of Dawlish and rejoin the original line just east of Newton Abbot, near the no longer used Hackney canal channel. 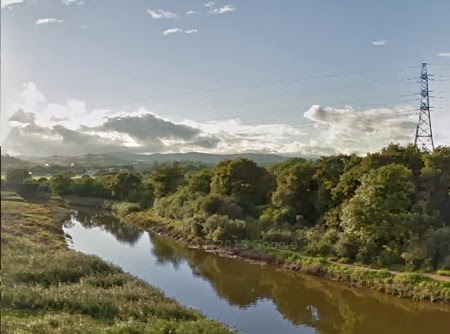 The western junction would have been behind the trees (centre left) and just beyond the line of electricity pylons. The plan was later changed to leave the main line nearer Exeter at Exminster with a junction just south of the bridge over Milbury Lane. Fast trains would have used the by-pass line, leaving (we assume?) local service to trundle round the coast. Such a line could be built today but it would involve several tunnels, specifically one under Haldon Hill. It would be expensive! But it would not impinge on the sensitive National Park. Detailed plans were made but the start of the work was interrupted by the outbreak of the Second World War and the scheme never saw the light of day post 1945.

fbb reckons that in more enjoyable economic times this would be a goer; but in our debt ridden economy it would not tick the financial cot-effectiveness criteria. HIGHLY UNLIKELY.

But there is already a line which once provided that alternative facility. 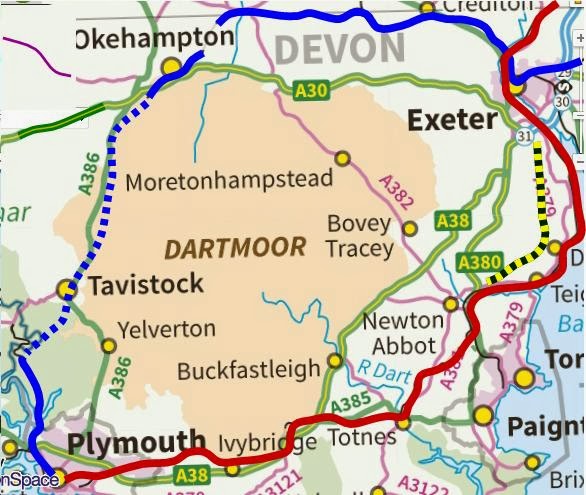 In the much vaunted days of private railway companies, ultimately days of wasteful and self-destructive competition, there were two main line rail routes from London to Plymouth. The Great Western (coastal) route remains; the alternative Southern Railway line ran inland via Okehampton having reached Exeter via Salisbury.

The GWR route reached Plymouth in 1848 and over 40 years later the Southern made it in 1890! As so often happens in railway history, it was "last in first out" with through trains over the moors ending in 1968. Passenger trains from Exeter to Okehampton lasted until 1972 but re-appeared in 1997 as a Sunday-only summer "tourist" service.

Freight used to run from Meldon Quarry west of Okehampton.

The quarry was considerably developed in 1897 to provide the majority of the track ballast requirements of the LSWR, which at the time amounted to about 100,000 tons per annum. The geology is such that the ballast is harder, and therefore more long-lasting, than stone available in the more easterly parts of the system. It was further extended in 1902, eventually reaching 200 acres. Further developed over the years, by 1953 it was producing 340,000 tons annually. An internal tramway of short and movable 2-feet gauge tramways was provided. 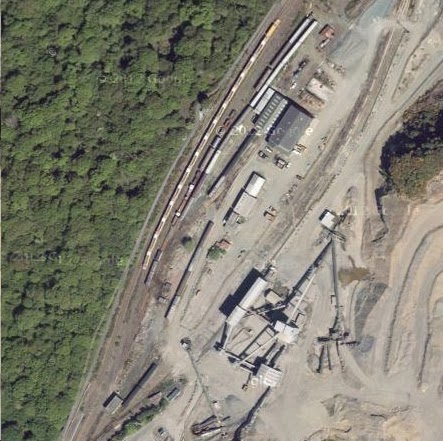 The quarry section is no longer in use but probably in working order.

The length of line between Plymouth and Bere Alston is still open for passengers as part of a  service to Gunnislake.

So that leaves the bit in the middle, the dotted blue line on the map above. Most of the trackbed runs through open country ... 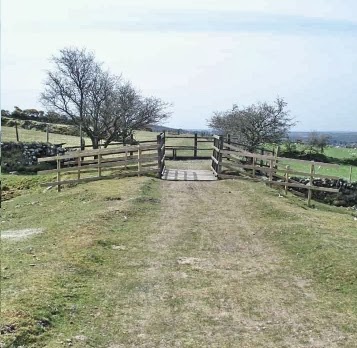 ... and it would be a "simple" railway engineering job to reinstate the line. At Tavistock, the station is there and could be re-used, ... 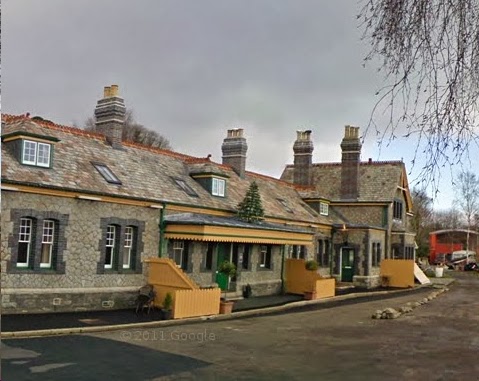 ... although currently it is privately owned and equipped as a series of holiday "cottages". It's on the market and you could buy it for £1,250,000!

The viaduct across part of the town is in good order ... 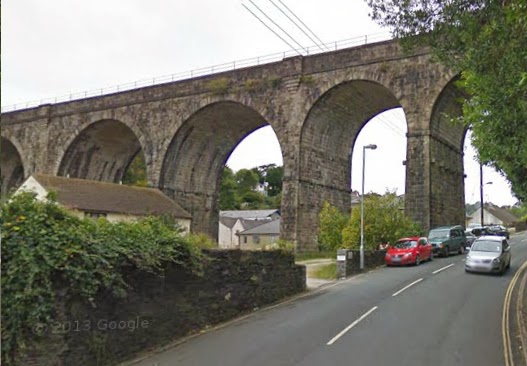 ... and Quant Park is the name of the footpath and cutting south from the viaduct. 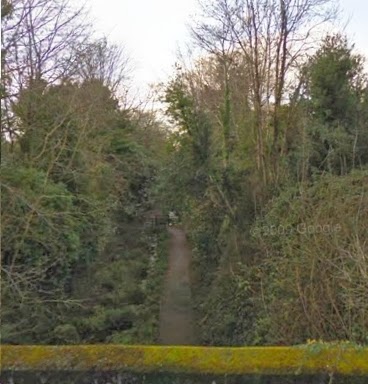 But, the current Devon County proposals for reopening from Bere Alston to Tavistock only envisage a single track line plus cycleway and a new station on the edge of town, leaving the infratructure as pictured above untouched.

As an aside, the last sentence (above) is unhelpful. One train a day is "regular"; and does it mean extra services at peak hours, and extra to what?

There will be objections to turning this paltry little extension into a main line. There will be protests from Tavistock residents who won't want trains past their back gardens, patios and conservatories and, most horrific of all, there will be mass demonstrations about intrusion into the National Park No doubt colonies of rare purple spotted glurks will be discovered nesting in a farm-access overbridge near Lydford.

Let's put it this way: IF the line were to be reconstructed it will create almost as big a furore as HS2. You have been warned!

fbb's guess is that, after the creation of a small moumtain of Men-from-the-Ministry bumf and lengthy consequent debate, it will be decided that on-going improvements for the exiting route will be the most cost-effective solution. Even if a diversion IS built, the existing line will need to be maintained as it is, de facto, the flood defence for the town of Dawlish!

And we wouldn't want to lose than magnificent view, would we? 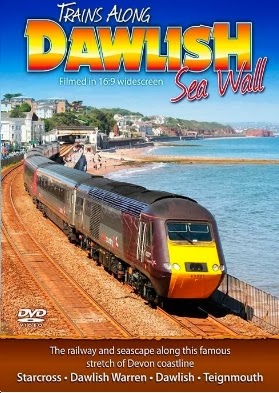 And finally; a picture of the current rebuilding work in progress. For modern engineers, it's child's play! 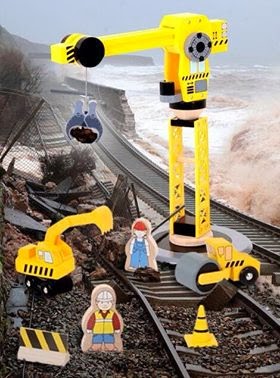 Next bus blog : Saturday 15th February
Posted by fatbusbloke at 02:00