Search for four for Lyon? 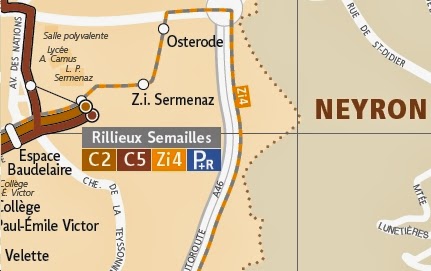 Lorry driving Dave is stuck near Lyon for two days having used up his driver's hours. From the south east of France he sends a txt to fbb (obvious source of all public transport wisdom!?!) asking for details of the best bus to catch into the city. But it's not as straightforward as that. He is at Neyron which isn't in Lyon but he has seen a bus showing route 4. Could it be the Zi4 as shown on this map. 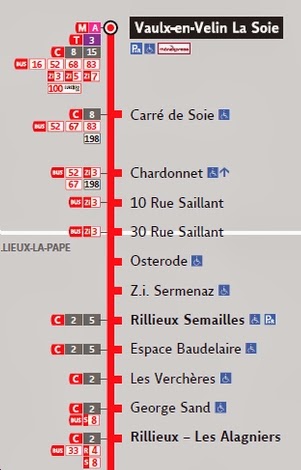 The Zi4 (Zi for "Zone Industriel") is a Monday to Friday peak hour "works" service ... 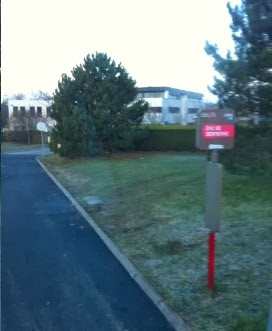 "It says Colibri on the stop and there's a timetable and a map in the frame. 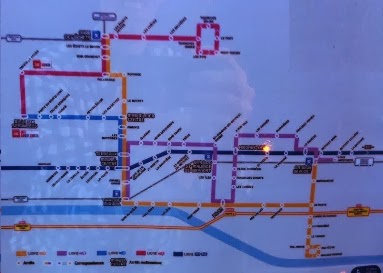 This stop is for service 3."

Now we've got something to work on. Indeed there are some pictures of similar stops on-line and, indeed (again!), they are labelled Colibri with a stylised Hummingbird as the "B". Clever eh? 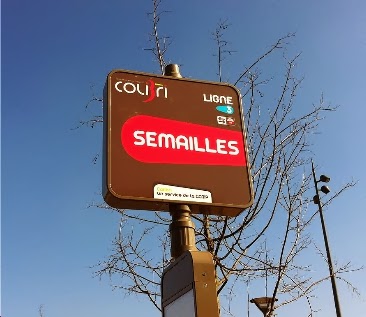 So fbb can now go to the web site and try to sort out what is going on.

In addition to the diagram above, there is a geographical map of the Colibri network ... 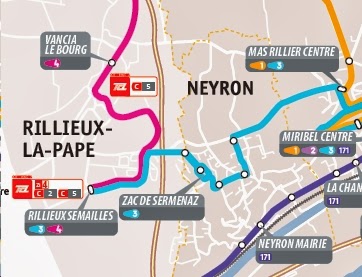 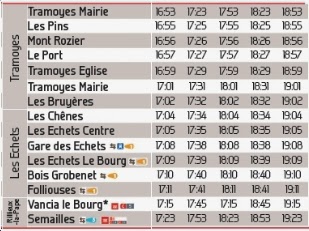 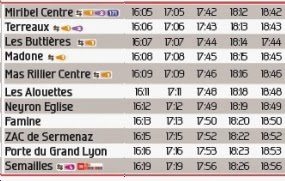 In the interests of bloggability, fbb has expurgated the complex txt conversations whizzing mercilessly through the ether between Seaton and Lyon.

Then follows something even more surreal. David sets of to walk between his Zac and Rillieux Semailles guided by fbb with mobile phone wedged against the chubby lug hole and steaming laptop on the table. fbb guides David to what appears to be the nearest terminus for "TCL", i.e.Lyon city services. Why walk when you've got a huge lorry, at the time parked safely at Neyon? Because of driver's hours, David's lorry woud be, effectively, impounded for the weekend, so it would be better to re-park near the Lyon bus terminus (if possible) and avoid repeated walks to and from Neyron. 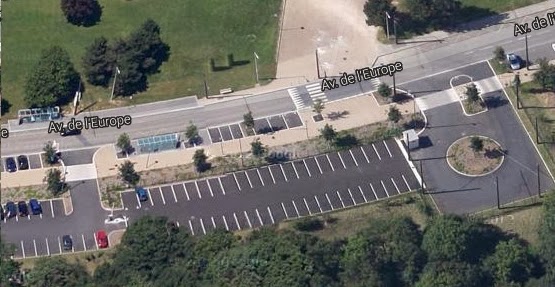 So it was! David walked back to the Zac, collected his truck and parked near here. On the right (above picture) a turning area for Lyon services C2 and C5 (with trolleybus overhead) and centre left the bus shelters also used by Colibri 3 and 4. It is all so new that Google Streetview doesn't even show the turning circle. 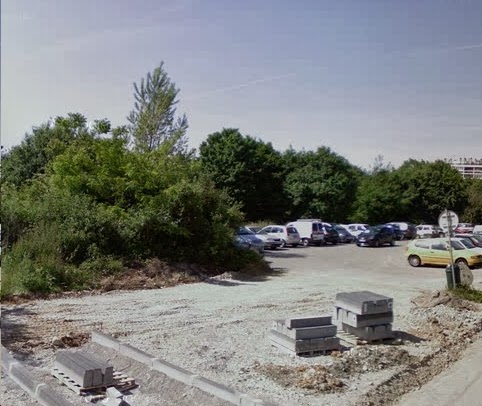 So who, or what is Colibri? As usual in Frace, it is a contracted group of just four services, entirely operated by mini/midi buses; smart vehicles! 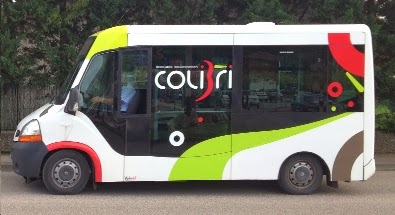 ... a family-run company with many contracts in the area. 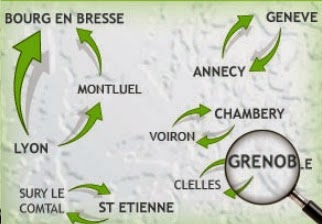 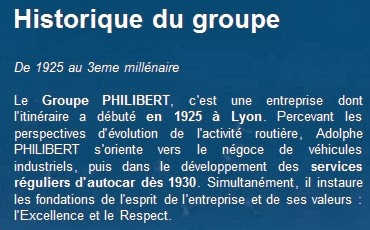 Colibri, then, is the brand name for a small group of routes providing local services in a collection of communities to the east of Lyon. 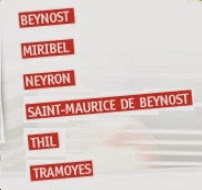 In addition to the connection with Lyon city routes at Semailles ... 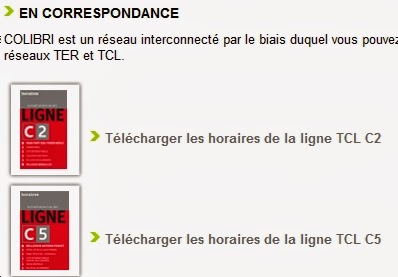 ... the network also links with iner-urban services 132 (Lyon to Bourg-en-Bresse) and 171 (Lyon to Montluel) which run through the centre of Miribel. 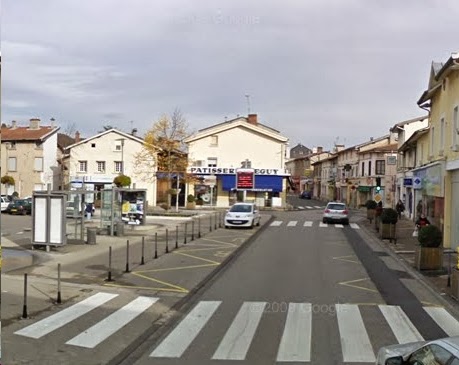 These two are operated by "Car-ain"  (Car = coach, Ain is the district name) another Philibert contract. 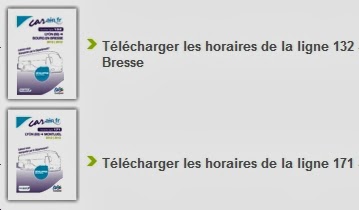 Indeed Colibri tickets are valid on Car-ain buses within the designated area. A Car-ain video (in French!) is available (here).

A fascinating little operation which puts small-town networks in the UK to shame.

But that's regulated and highly subsidised public transport for you. In the UK we would love the cheap fares and the style but we lack the will to put our hands in our pockets and hand a bit more lolly over to Local or National Government.


Lots more from Lyon in due course


Next technology blog : Tuesday 18th February
Posted by fatbusbloke at 02:00