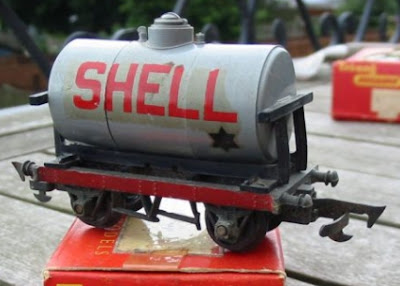 When a 14 year old fbb entered the world of model railways his first train-set, gratefully received one Christmas, was second hand Triang. The track was Mark 2 grey and the stock was crude and in less than pristine condition. The wagons, much to the lad's disappointment were from the Transcontinental range, i.e. of US design.
He could have bought a crude Triang model as above; but the better (and more costly) Hornby Dublo versions were no use! 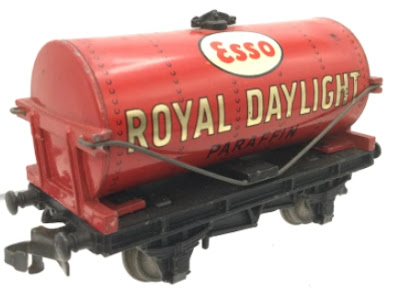 Hey, were three rail and had metal wheels which would short out the Triang two rail electrics. Eventually Hornby went two rail and produced their SD6 range of "super detailed" wagons with plastic bodies. These then formed the basis of the lad's freight stock. But Dublo never made an SD6. version of their "standard" tanker.
Both tanks were crude models with very poor detailing - but they were good for their day. In the early 1970s, Triang, by then rebranded as Hornby, started making a much better tank wagon. 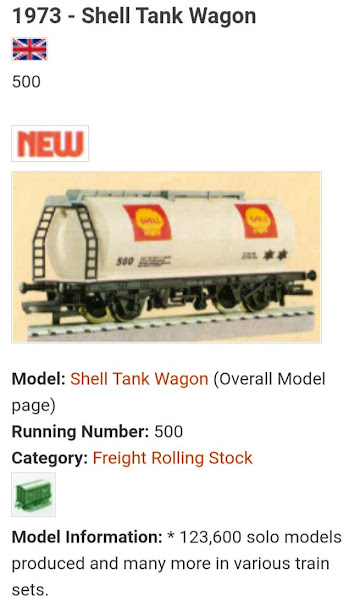 fbb has an example in his collection.
There is a growing trend to persuade modellers (or, perhaps collectors of models) to part with their money by purchasing wagons in liveries that they never ever would have worn in reality. fbb was conned by his own stupidity into buying an old Hornby Dublo tank wagon branded for Coca Cola. 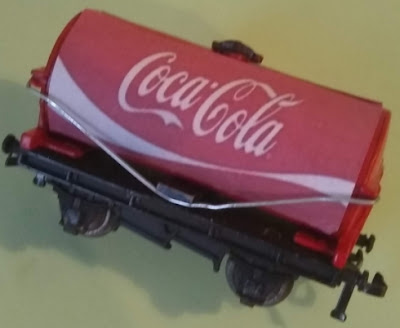 It turned out to be any old tank with a paper cover (badly printed) glued on. Silly fbb.
But the chance arrival on-line of a cheap (relatively so) pre-owned "wrong liveried" 1970s style tank encouraged the old man to shell out £12 post free. 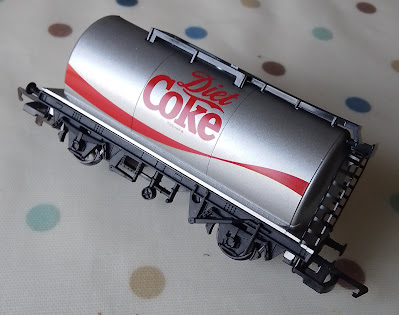 The 1970s model is still available from time to time in the Hornby catalogue, some 50 years after its first appearance! By today's standards it is crude with only a representation of the complex "underfloor" detail. 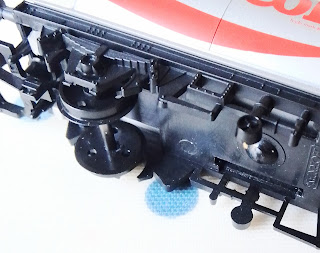 Whilst fbb does not normally collect different liveries for his tank wagons (Mrs fbb would have to move out to accommodate the huge number of  variations - and take in washing to pay the bills!), but this seemed an appropriate example of a growing trend, oft reported in these blogs.
Oddly the Diet Coke variant is the least common but the cheapest. The full-red Coke tank is often sold at well over £20 including postage.

Could you parsimonious blogger justify an associated collection of Coca Cola tank wagons without alienating the domestic authorities?
Hmmm? 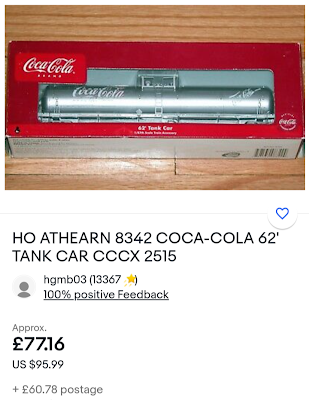 Maybe not! Maybe take the idea with a pinch of salt.
But If Salt Loses Its Saltiness ...
You are the salt of the earth. But if the salt loses its saltiness, how can it be made salty again? It is no longer good for anything, except to be thrown out and trampled underfoot.
Matthew's Gospel records this sound bite from Jesus to his disciples. It was about perseverance, stickability in troublesome times and reliability in bringing the "flavour" of Jesus to a broken world. 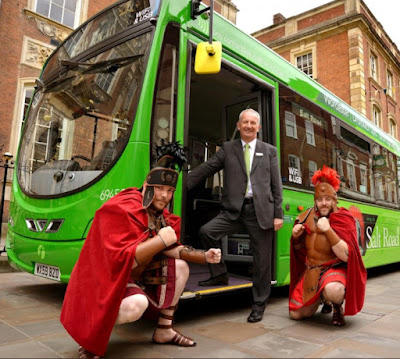 It was way back in June 2018 that fbb enthused about a rare bit of First Bus route branding and promotion. 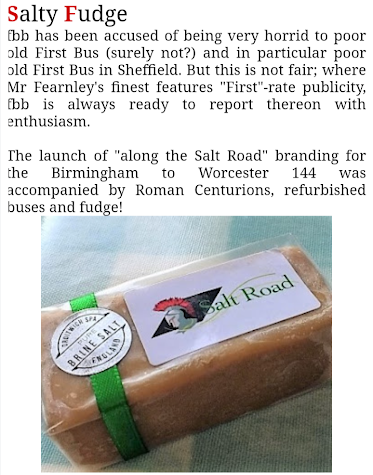 There was a superb printed leaflet ... 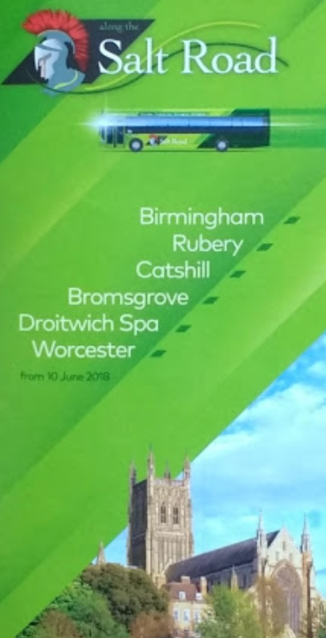 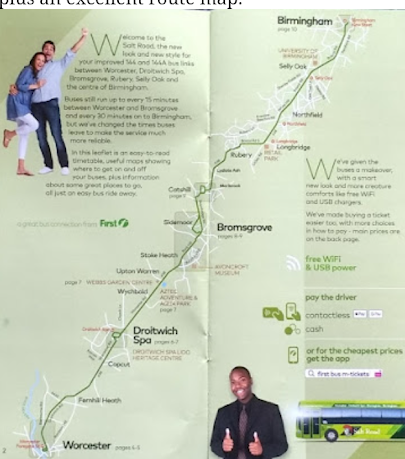 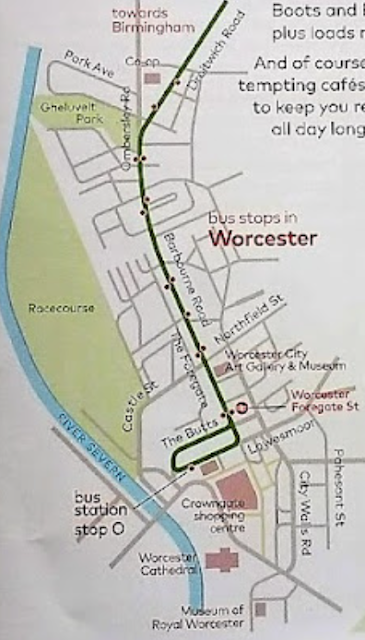 And fudge at the launch days!
Oh, yes; and there was a timetable, well laid out, showing a 15 minute headway between Worcester and Catshill (It is a suburb of Bromsgrove!) with two buses an hour continuing to Birmingham. 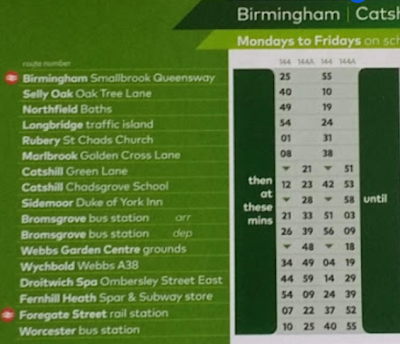 Recent reductions have led to a 20 minutes service between Worcester and Catshill with a hourly extension to Brum. 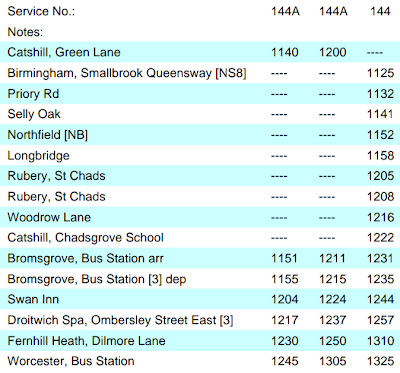 Until now, that is. Nigel Eggleton, whose "hands on"(?) management stretches from Doncaster to Malvern, offers this depressing news.
Worcester – Bromsgrove – Catshill – Birmingham
will terminate at Catshill from Sunday, May 1.
This means the service will not run between Catshill and Birmingham.

Nigel Eggleton, managing director at First Worcester said the service has carried few passengers between Catshill and Birmingham in the last 12 months which has led the company to remove the link to Birmingham.
He said: “The upcoming service changes we have planned for 1st May are to re-align our bus network in accordance with how and when people are travelling across the working week and at weekends. As everyone will be aware the covid pandemic has changed many things including, people working from home, flexible working patterns, confidence in being around public places and the use of other modes of travel to get around avoiding congested places, these have all had an impact on bus services in Worcester and throughout the country.
What he hasn't said is that there has been NO PUBLICITY for the service since the Salt Road promotion began to fizzle out well BEFORE the pandemic.
He added: “We are working closely with Worcestershire County Council and Transport for West Midlands to determine if there is any funding available to support the planned withdrawal of service between Catshill and Birmingham and we will update everyone with progress on these conversations” 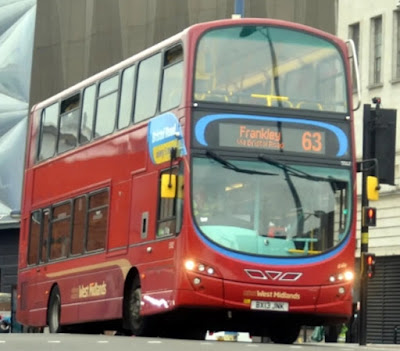 There are, of course, plenty of National Express West Midlands buses between Birmingham, Longbridge and Rubery ... 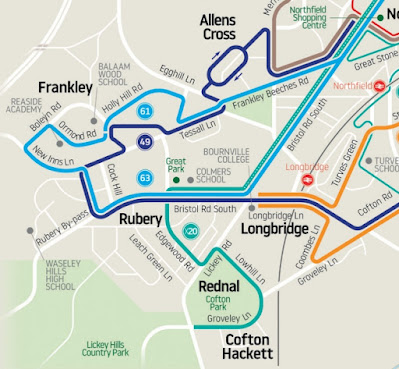 ... but the gap south to Bromsgrove via Catshill will be unserved. 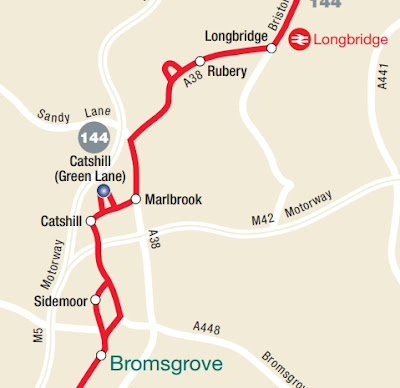 There are rumours of some tendered journeys to fill the gap, but, as of blog writing time yesterday, fbb could find nothing on line. In the meantime, Diamond Bus route 202 will get you from Rubery/Rednal to Bromsgrove ... 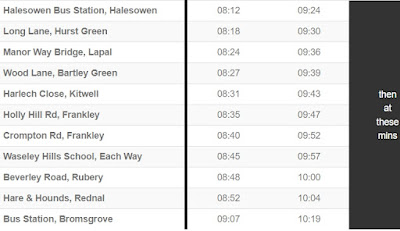 ... but not via Catshill.
End Of A Vectensian Era?
News is breaking that the long-standing Isle of Wight coach operator, Seaview Services, has been sold! 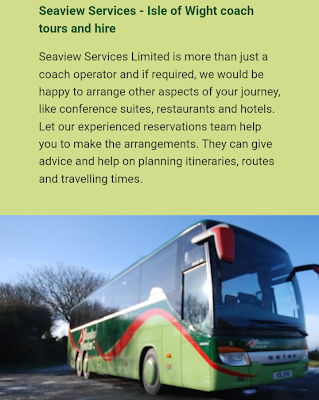 The buyer is Xelabus of Eastleigh which has its own Xelacoach subsidiary. 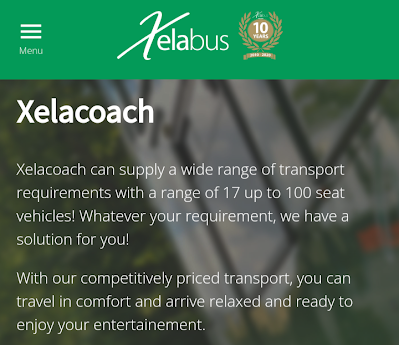 Apparently current Seaview boss Phil Robinson is to stay on as manager and the brand will be retained.
Shoch Horror : Printed Leaflets?
Recently, fbb reviewed the big changes in Basildon, Chelmsford and Colchester. He is pleased to have spotted a twitterer with examples of timetable booklets. 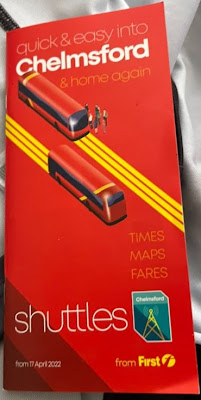 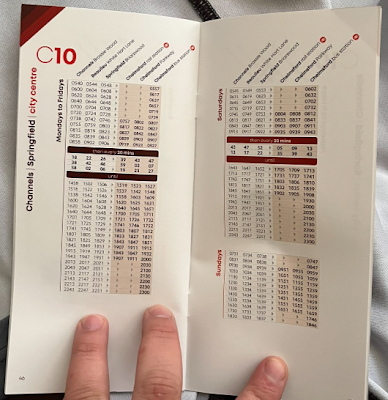 ... it's all on line - so totally unnecessary says First in other locations - frenetically protecting the environment (a k a saving money!).
A Puzzle Picture
What is this "Convoi Exceptionnel" convoi-ing? 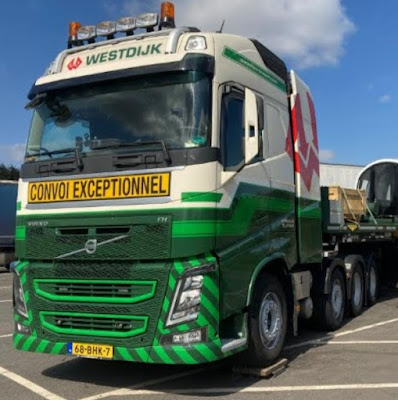 More odds and ends tomorrow.
Next Variety blog : Sunday 1st May
Posted by fatbusbloke at 02:00