But Not The Train Company! 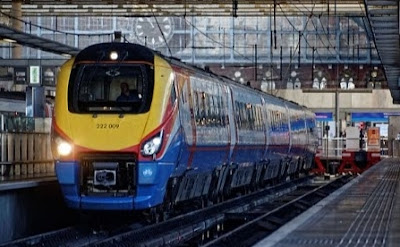 This is now the nationalised** East Midlands Railway and the new name and ecclesiastical purple livery have made such a difference to the travelling experience. But fbb refers to Empresa Municipal De Transports Públics De Tarragona. fbb's  lorry driving Sheffield chum David is there on holiday.

For those unfamiliar with the geography of the Iberian Peninsular, Tarragona is in Spain, on the Mediterranean coast, west of Barcelona and close-ish to France. 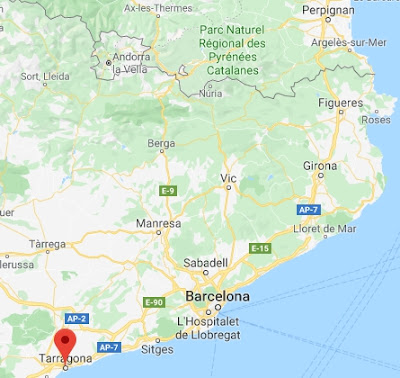 Tarragona has a selection of antiquities including (outside the town) a splendid Roman Aqueduct ... 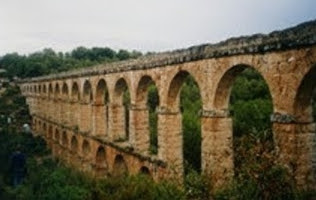 ... and, nearer the centre and substantial amphitheatre. 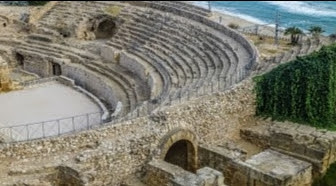 And some nice beaches which, presumably, David was enjoying/!

But fbb was struggling with the language. (OK, many of the web sites offered English versions, but it is much more fun to go native, if you can).

After the demise of the Great Britain Bus Timetable, fbb returned to supply teaching and found himself one fine day at Isle of Wight's Carisbrooke High School . 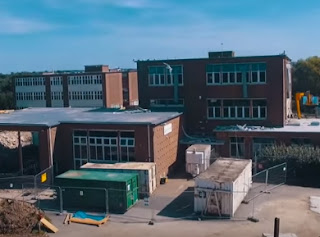 It is now Carisbrooke College, by the way, which, as with East Midlands Trains/Railway, makes a huge difference!

Way back then, he was asked which subjects he was happy to "teach" and included GCE French in his response - if absolutely necessary.

Embarrassingly, he man in charge chose to interpret this as a supply teacher who was a modern languages specialist - which fbb most definitiely wasn't and isn't.

So your author end up with a year 9 Spanish Class. The only thing that fbb knew about Spanish was this questions started with an upside down question mark and finished with a traditional right way up symbol.

So, after a profuse apology to the class (who showed the usual highly focused apathy of today's school pupils) it was "turn to the next chapter in your textbooks" and hope, prayerfully that something educational might emerge from the incompetence. And the title of the next chapter was ...

fbb assumes that the map, timetables and instructions had been simplified for (a) 13 year olds and (b) supply teachers! 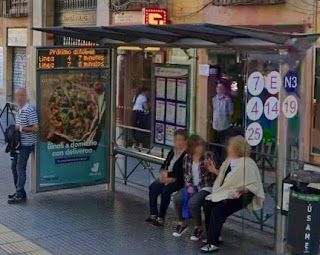 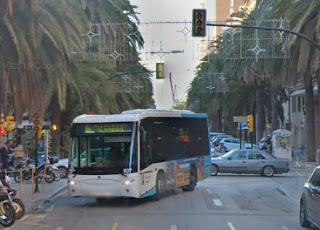 Not only did fbb get through the lesson but he went home a created a worksheet for the little kiddies to tackle the next day.

The second lesson went well and fbb retired, exhausted but reasonably content to the staffroom for a cuppa. A few days later the errant pedagogue of year 9 Spanish returned and accosted fbb in the staffroom.

"I don't know what you did to them," he muttered grumpily as fbb began a grovelling defence of his paltry efforts, "but they want you to take them for Spanish all the time!".

Readers may draw their own conclusions!

But the E M T web site was odd. 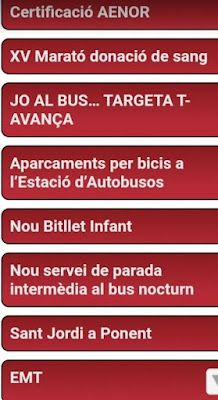 It slowly dawned on the old man that this was NOT Spanish; it was NOT Portuguese (well, it wouldn't be) so it had to be Catalan!

Readers may amuse themselves with this little comparison test! 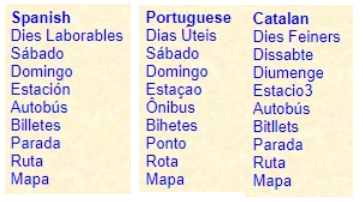 Apologies for any bludners (errores : erros : errors i.e. that No 3 shouldn't be there)!

The laptop web site and phone web site seem to be slightly different so these blogs will be referring to a mixture. The phone index is shown in part above and, again, using the guesso system of linguistics a couple of these headings are understandable. The picture helps! 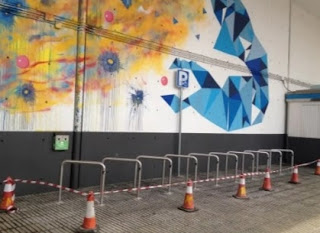 And this sweet little cartoon is almost self explanatory. 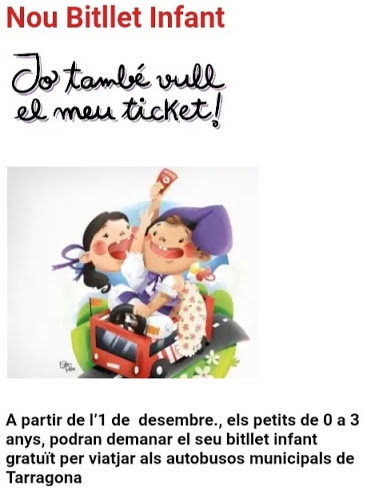 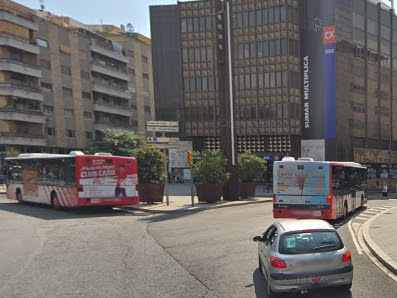 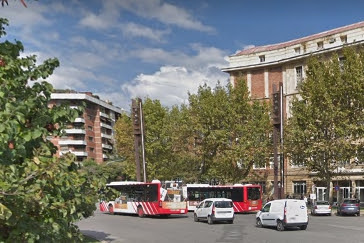 The bus station is also at the same roundabout. 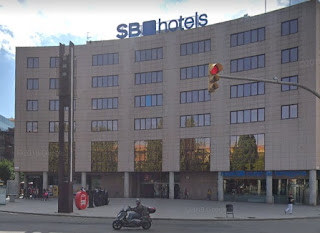 There is a main entrance through the hotel ... 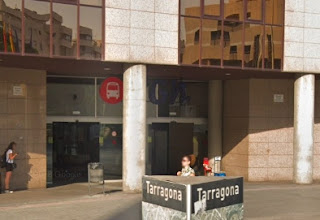 ... where you will find the main circulating area. Chum David sent three pictures as a taster of the town's bus service; all three from the bus station's main concourse. 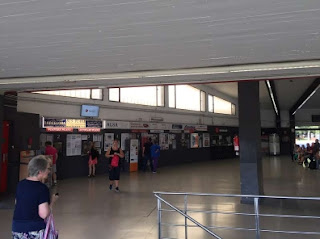 There were ticket machines and a ticket office but, according to David, no sign pf any printed material. Not the steps down to a subway which leads to the far platform of departures thus avoiding crossing the path of the buses. All David saw was two display frames containing some rather scruffy and un-coordinated timetable sheets ... 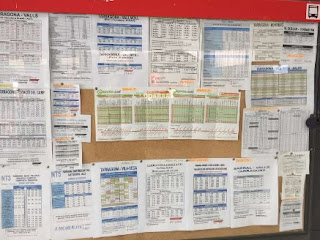 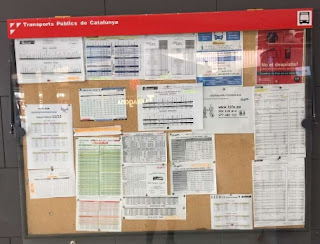 Tomorrow, then, a review of the E M T town services plus something about rail connections.