As the Great Britain Bus Timetable sank into omnibological obscurity, a small bus company was picking up Buckinghamshire tenders with a variety of second hand vehicles. 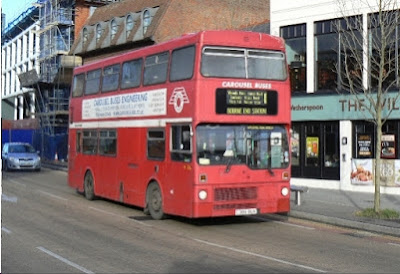 What caught the imagination of bus-nuts was the company logo ...

... having a certain affinity for that of a late version applied to London's green buses. 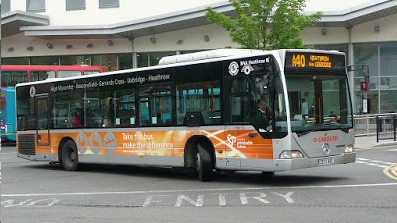 The route, which runs in partnership with Buckinghamshire County Council and Heathrow Airport Holdings, was formally introduced in January 2004. 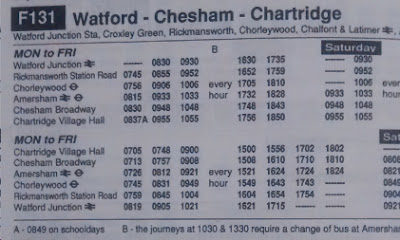 In August 2009 route 336, which had previously run between Watford and Amersham, was extended to High Wycombe reinstating a through link for the first time in 30 years. 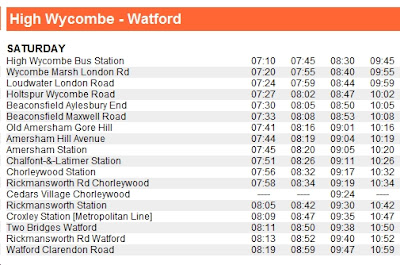 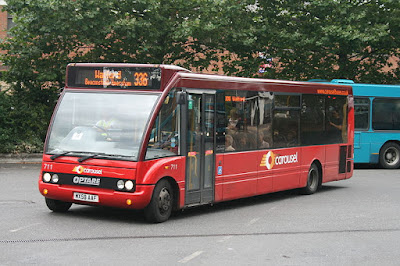 Soon expansion along the A40 corridor was in hand.

In September 2009 two new routes were introduced, route 740 supplemented the A40 between High Wycombe and Uxbridge, increasing the overall frequency to every 30 minutes ... 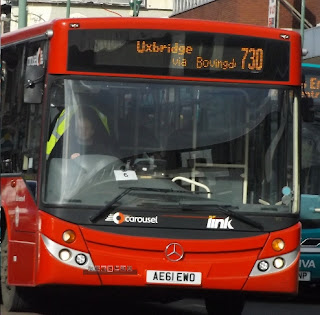 It started, according to the GBBTT as route A30.

In March 2012 Carousel Buses was purchased by the Go-Ahead Group. Carousel retains its identity, with its management passing to the group's Oxford Bus Company operation.

This batch of Uxbridge and Heathrow services join the long established Arrive Green Line 724 and the London Buses A10 which we now know (thanks to a comment on yesterday's blog) started in 1996.

The Carousel Uxbridge network is now branded as The Link and timetables are brought together in the fbb designated "Lovely leaflet". 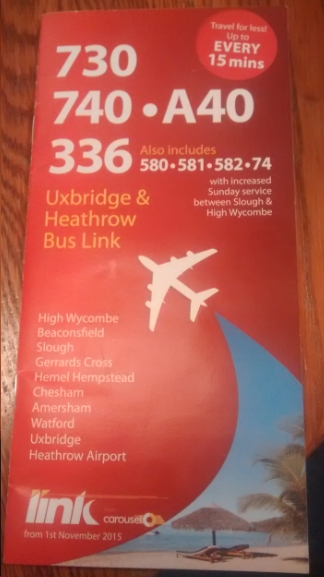 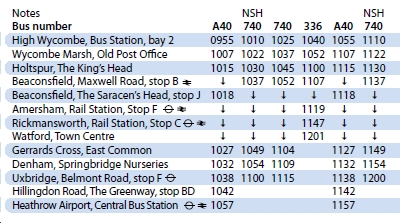 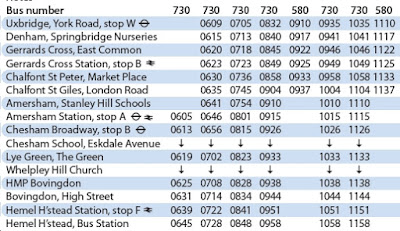 ...  now running from Uxbridge (not Heathrow)  hourly to Hemel Hempsted. The other services on the cover and rural routes at lesser frequencies (580, 581 and 582) plus the Sunday 74, tendered journeys which are again advertised with the A40 between High Wycombe and Beaconsfield. 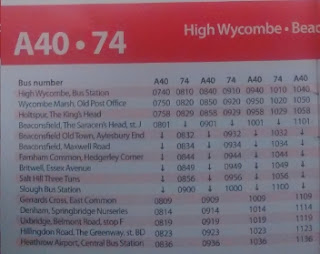 As the GBBTT faded to non-existence, Carousel came from nowhere to become a major player in the High Wycombe area. The company now runs a significant set of local services ... 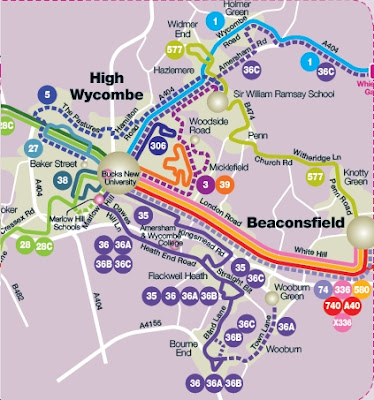 ... to complement "The Link! And there was a subtle change to that logo.

It is worth noting that Arrive The Shires still has a presence in High Wycombe ... 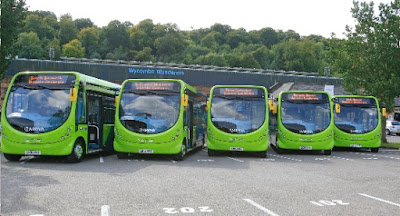 ... (yes those are new Arriva vehicles), Carousel must now lay claim to be the dominant operator in and around the town.

And the do produce lovely leaflets.

Meanwhile, up in Sheffield, Sunday marks a series of timetable changes to improve services derided since the bug change on November 1st last year. Are there lovely leaflets? NO. Are there any leaflets? NO. Do the operators and the PTE care that people don't know where and when the buses go? NO.

FROM FIRST BUS : Since the Sheffield Bus Partnership network changes took place on 1 November 2015, you've given us your feedback, so we're making some changes to address the issues raised. We're sorry for any inconvenience caused and would like to reassure you that we're working hard to improve your service.

We'd like to thank you for bearing with us during the bus network changes. We'll continue to monitor your feedback, service punctuality and reliability to improve your public transport experience.

But we are not printing any leaflets! 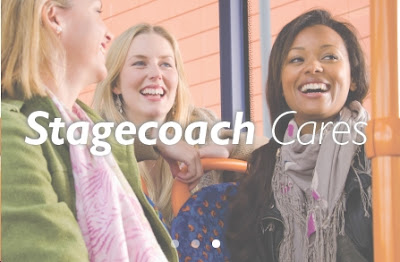 We're not changing anything in Sheffield - yet

Next bus blog : Saturday 2nd January
Posted by fatbusbloke at 02:00