Many computer users will be familiar with Pinterest which, like many of these mega web thingeys, seems to know everything a user is doing or even thinking about. So it was really no surprise when Pinterest popped a particular picture into fbb's in-box. 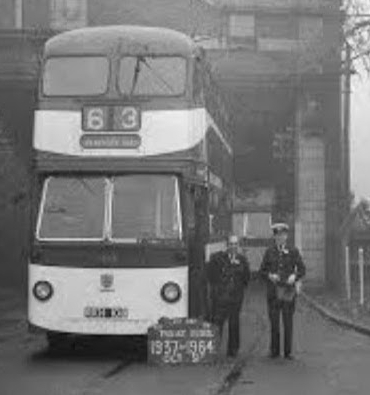 Hull's Last Trolleybus seems a rather sad picture with just driver and conductor "celebrating" in a subdued manner. fbb does not know whether there was some sort of farewell parade; but as ditching the "trackless" was fairly routine in the mid to late 60s, it could be that the event passed with little emotion.

Something New
It is sad, in some ways, that the trolleybus idea faded so completely andf quickly in the UK. The modern trolleybus is something special. Imagine one of these ... 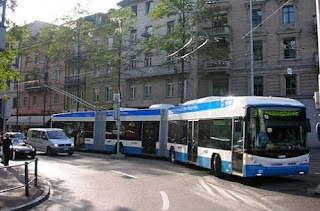 Something Old
Remember the so-called BedPan electrification? Inaugurated in 1983 to provide an electric suburban service between Bedford and St Pancras. 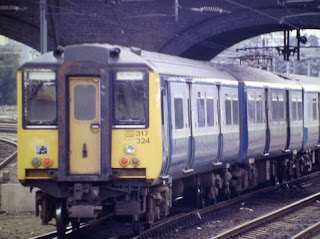 ... then in 1988 along came Thameslink with the addition of new trains in a very non standard livery. The class 319 units were equipped for overhead power north of the Thames and third rail pick up south thereof. 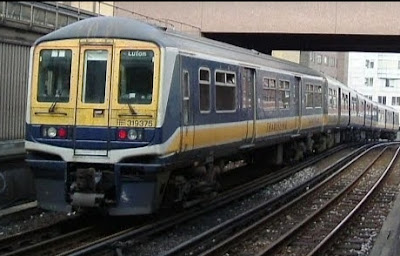 Non-standard livery that is, until Chris Green's Network Southeast burst upon the scene. 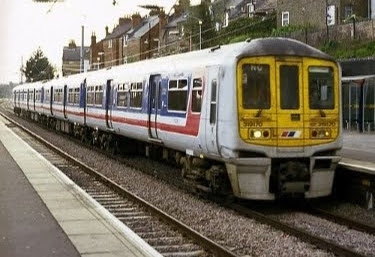 Then in 2018 Thameslink 2000 finally arrived - running a little late. Shiny new trains with poor quality interiors (no Wifi!) meant that there are a lot of class 319s lying around with nowhere to go. The boffins at Porterbrook had a cunning plan. Put a diesel engine in a 319 to general some electric and for little money you have a class 379.

Something New
These trains could be called tri-mode; two sorts of electric plus diesel power where there is no electric string or electric rail. 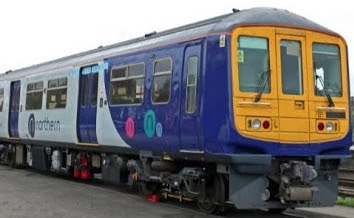 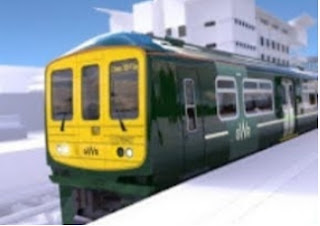 ... and Transport for Wales has just starting playing with theirs. It looks as if these excellent trains will be running around for many years yet. 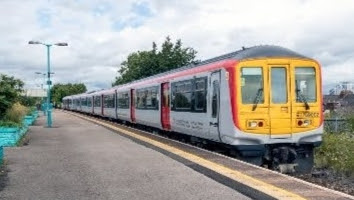 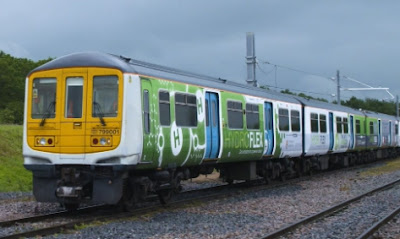 It doesn't look much difference apart from its name in a green panel on the side, HydroFlex.

In September 2018, Porterbrook announced it would develop a hydrogen fuel cell demonstrator in partnership with the University of Birmingham's Centre for Railway Research & Education. In December 2018, they procured an FCveloCity fuel cell unit from Ballard Power Systems.

Easy peasy! Remember in your science lessons at school, you used electricty to split water into hydrogen and oxygen. 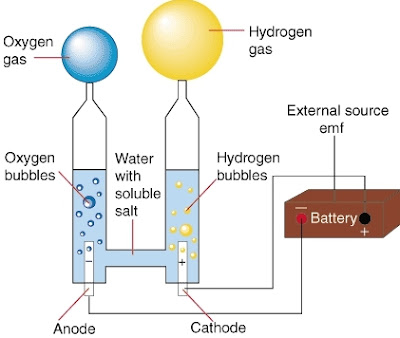 fbb did it on his mum's kitchen table, much to her fear! In very simplistic terms a fuel cell works in reverse. It takes in hydrogen (from a tank) and oxygen (from the air) and, using a clever version of salt water (technical term: an electrolyte), it makes electricity.

Something Old
The old remnants of fbb's model carriage shed ... 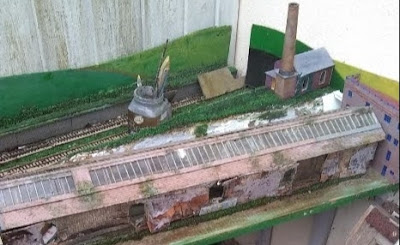 ... are replaced by its nearly finished version; not new but rebuilt and improved. 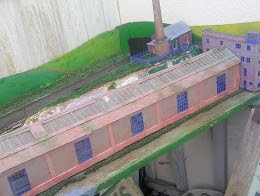 In true prototype fashion, fbb's model has taken much longer to build than expected and has gone significantly over budget!

Something New ...
This is an aerial view of Boston Lodge Works on the Ffestiniog Railway. Alan (from Northampton and a keen Ffestiniog supporter) explains; and forwards an extract from the railway's newsletter. Over at Boston Lodge the Ffestiniog is also building a carriage shed. As they have been collecting carriages for about one hundred and fifty years they  have even more than you or I .and  as their rolling stock is 12 inches to the foot scale they have brought in contractors to do the job.

A  new three-road shed…, to accommodate ten carriages on each road. This is built on to the seaward side of the present shed and extends to the new sea wall. It forms a perimeter to the site and provides a certain amount of shelter from wind and sea spray to Glan y mor and the Lower Yard. 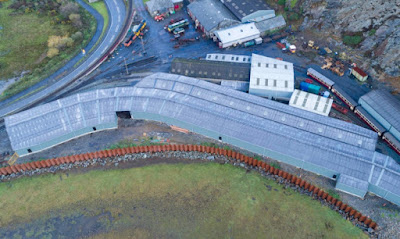 It is curved at both ends and will allow three full train rakes to be sheltered overnight without uncoupling.

The structure was largely complete by October 2019. It is clad in camouflage green steel panels on the seaward side and the south end, but the west end and north side (Facing Boston Lodge) have ventilated wooden cladding.

The floor and tracks are yet to be installed, though a start had been made on one line before the Covid-19 shutdown in March 2020. 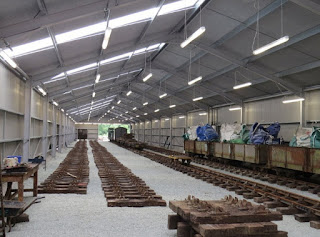