Sunday Lunch!
Travelling back north to Leek on the Churnet Valley Line we will remember that the tracks of the preserved railway ended at Leek Brook junction. 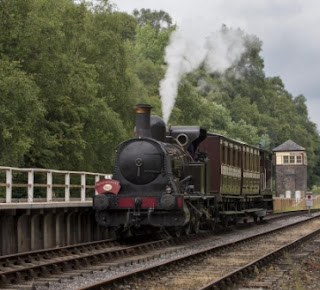 The right hand turn at the junction formed the start of another "Knotty" meandering line, namely the Waterhouses branch. 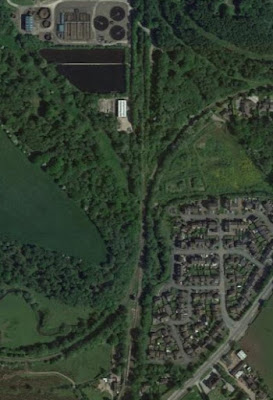 The Waterhouses branch line was a railway built by the North Staffordshire Railway to link the small villages east of Leek, Staffordshire with Leek, the biggest market town in the area. The railway opened in 1905 but closed to passengers in 1935. Freight continued on the line though until 1988, when the line was mothballed as the traffic from the quarries at Caldon Low ceased. 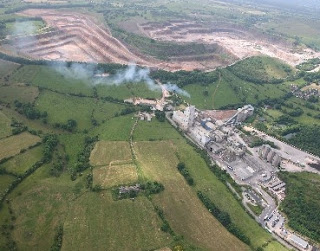 In 2009 a new company, Moorlands & City Railways (MCR), was formed with the intention of re-opening the line for commercial freight traffic through to the main line at Stoke.Since 2011 an agreement has been reached between the two companies that sees the CVR operate a heritage service along the branch, with MCR continuing negotiations over the return of freight traffic.

It was a Sunday Lunch dining train that Northampton Alan joined at Kingsley and Froghall Station a week ago ... 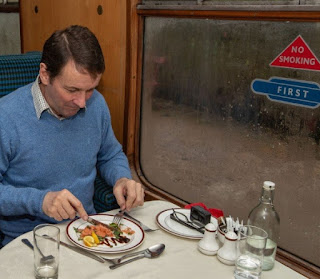 ... and it would take him past Leek Brook and on to the Waterhouses Branch as far as Ipstones station. 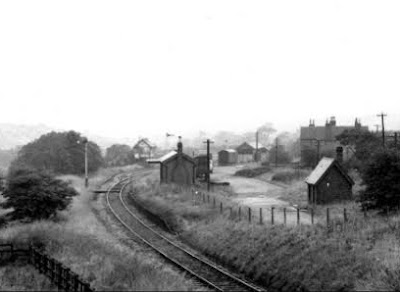 The station is long gone and, anyway, it was in the middle of nowhere ... 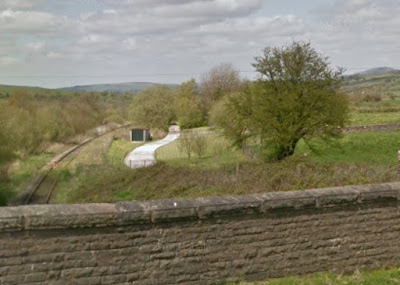 ... and a good two miles from the village after which it was optimistically named. 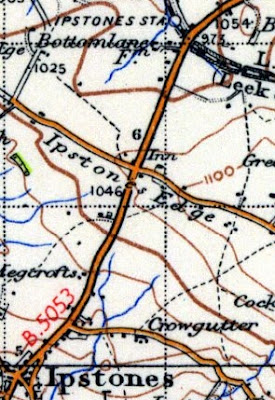 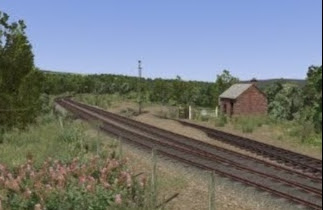 ... by which time Alan would, surely be tucking into his main course. 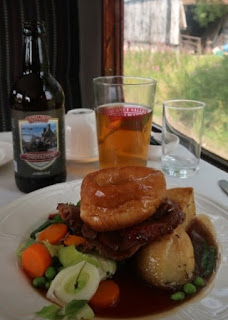 He was hauled by this loco ... 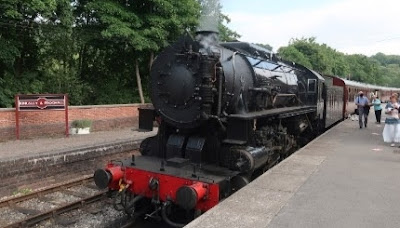 In February 2020 B.C. I booked on a coach trip on Sunday August 9th for a ride on the Churnet Valley Railway’s Sunday dining train. Instead of the expected “sorry we have to cancel it” email, one arrived with instructions on how to do socially distanced days out on coaches and preserved trains, so off we set for Froghall: not to be confused with Toad Hall. 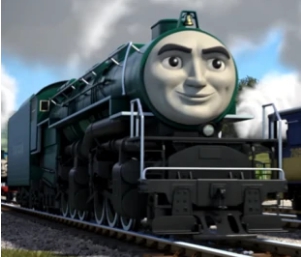 Sam the big American loco, otherwise known as 1945 Baldwin built U.S.A.T.C. number 6046 took us on a two hour trip to and from Ipstones while we consumed  our roast beef and Yorkshire pud .

End the week in style with a steam train hauled Sunday Lunch. This very traditional three-course meal is a firm family favourite and celebrates the very best of British, from the rolling Staffordshire countryside that passes the window to the hearty local produce that we proudly serve. Our period dining train will create a relaxing atmosphere for you and your guests to allow time to disappear as you travel back to when rail travel was the height of sophistication.

Extra Course of Cheese and Biscuits available to pre order at £5.50 Per Person

Maybe just a smidgen of disappointment with the puds. Where was the spotted dick and custard? 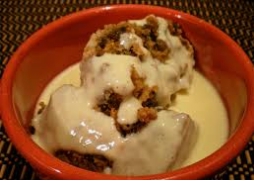 On Yer Bike!
Not quite public transport - maybe freight transport ...

Raleigh has lifted the lid on its cargo electric bike offering with two iterations of a vehicle well suited to commercial and personal use.

The two motor-clad builds are said to be capable of 75km on a single charge and are built to haul up to 100kg. 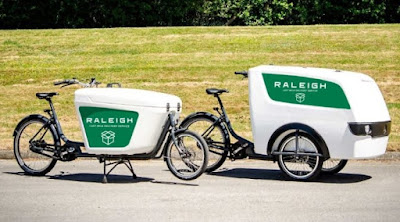 ‘’Our electric cargo bikes are an exciting addition to our range and will enable businesses, local authorities and individuals to adopt a low carbon transport solution, save on fuel costs and set a new standard for sustainability. Now more than ever we need to look at the way we deliver goods in both urban and rural settings to reduce congestion and our carbon foot print, the E-Cargo range provides the perfect solution for last mile delivery services,’’ said Lee Kidger, the Managing Director of Raleigh UK.

Set to be available from September to customers in the UK and Ireland, the Raleigh cargo bike line is targeting a trend of replacement of commercial vehicles such as vans for inner city logistics and business.

A little under 60 years ago, Alan found himself a part time job as delivery boy for a local butcher. His transport was a moped delivery bike. fbb saw this poweful machine only once, but he thinks it looked a bit like this, but with a basket! 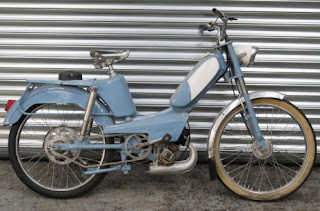 And who could forget the "Hovis" bike, non-electrified, of course, being propelled up Gold Hill, Shaftesbury. Below is the modern version! 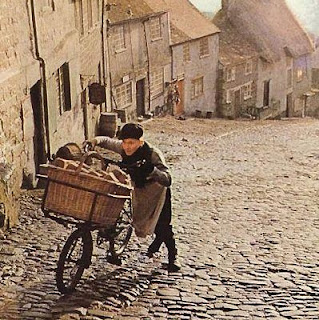 The original ad was directed by Ridley Scott. 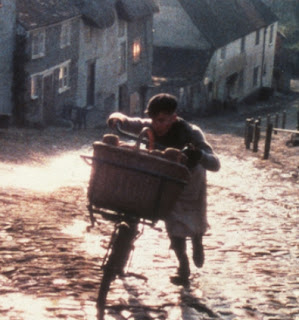 But you can still buy a traditional pedal powered delivery bike ... 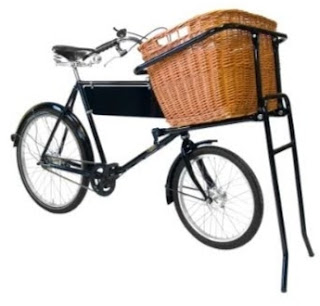 Somehow, fbb doesn't think Raleigh's battery bike will ever supplant Mr Lambretta Pizza. This is a model of a Zundapp Bella! 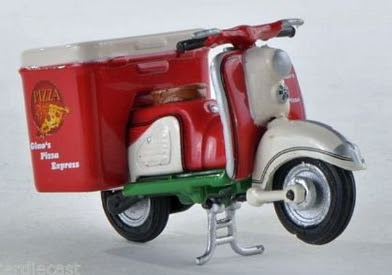 On A Personal Note
Yesterday the fbb's should have been driving from dunny Seaton to Chorley (near Preston) where they were due to "overnight" at a Travelodge ... 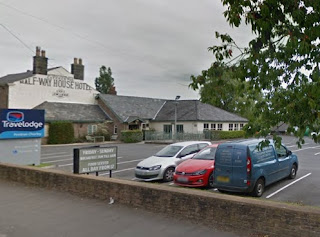 ... cunningly hidden in a "ditch" behind the Halfway House pub.

It has a good bus service calling southbound at a twee little bus shelter. 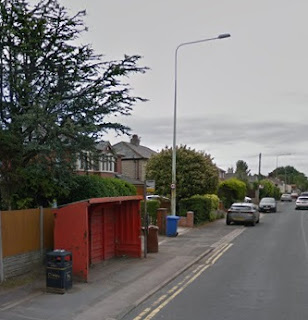 The main service is Stagecoach Gold 125, Bolton to Preston ... 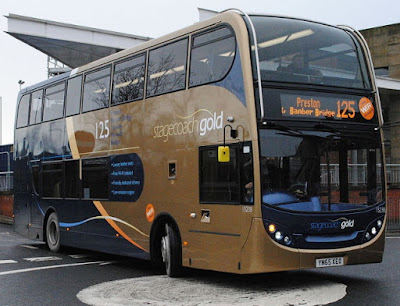 ... morphing into every 12 minutes for the main part of the route. Waits at Preston bus station are therefore 4, 8 and 0 minutes.

But the fbbs would have arrived by motor car. Why?

Simple. Neither of them was prepared to sit on an empty train dressed like a gangster with no benefit to them or any other passenger.

Today they would be going forward by car to a holiday in Largs, an apartment in a block named "Sandringlam" .... 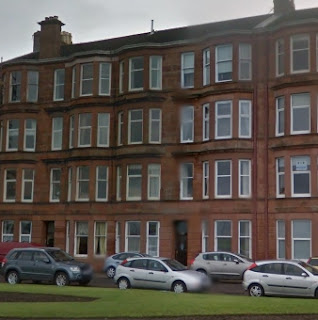 ... with wonderful views over the Clyde to the Isle of Cumbrae. (old picture - note old ferry!) 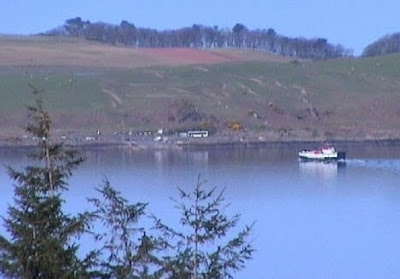 There would have been an "overnight" back at Chorley a week later.

Sadly Covid panic has increased somewhat south west of Glasgow and the property owner has cancelled all his bookings.

Alternative holiday plans are on the agenda for the next focus group meeting.

Where could they go? Somewhere quiet, a place near the sea, well equipped and comfortable with private car parking? 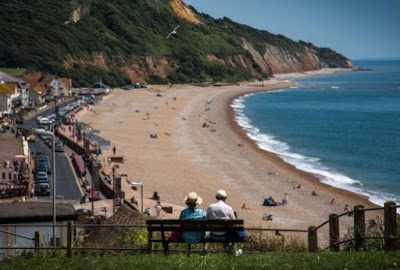 Next variety blog : Sunday 16th August
Posted by fatbusbloke at 02:00