Whilst researching Fulford Drive (sic!) and Links View, fbb came across this delight. It was a poster (from the late 1950s?)  advertising Northampton. 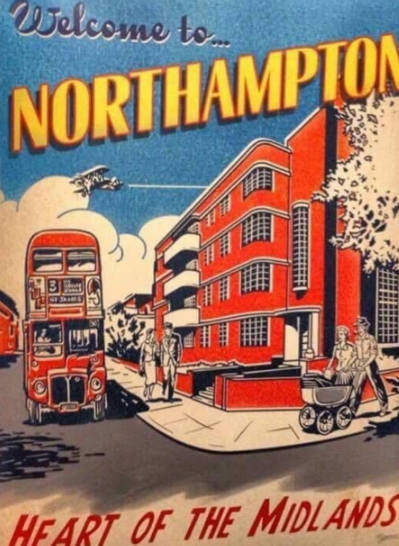 The road is Derngate and the bus is totally wrong. No Routemasters ever adorned NCT's fleetlist. From just after WW2 until the arrival of some Leyland Nationals, it was always Daimlers.

The block of flats is surprisingly accurate ... 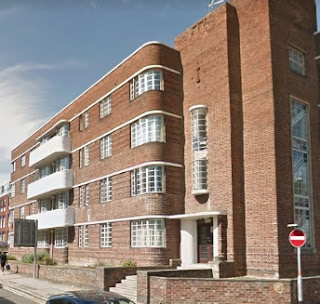 .. and the building still stands. Sadly the other distinctive Art Deco structure that once stood a little nearer the town centre ... 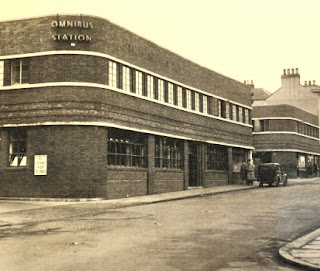 ... is no more, being replaced by the far less attractive Theatre Complex. 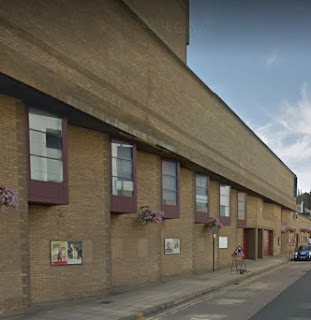 Surely, it would have been better to retain the old bus station frontage with, perhaps, the exit for buses becoming the grand entrance to the complex. 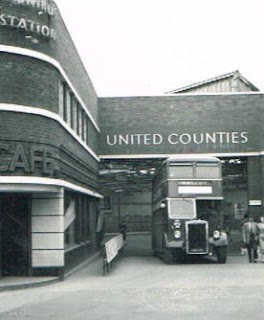 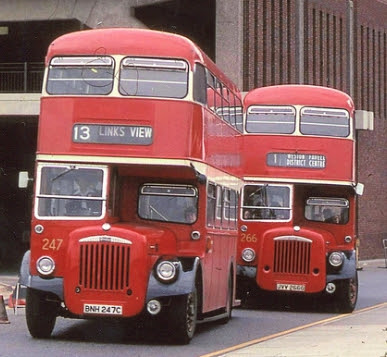 Another bit of nostalgia leads in an interesting direction. These to Daimlers are, of course, leaving Northampton's ill maintained, much maligned and eventually doomed Greyfriars bus station. A uick search on-line for their registration numbers brings up some history for JVV 266G. 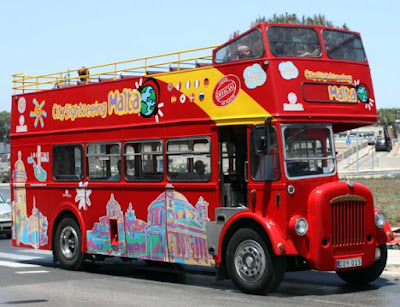 It has been re-registered COY 815 but also appeared in the livery of the Garden of Eden Garage, also on Malta. 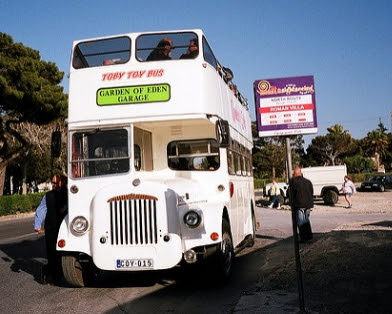 But one on-line source records this vehicle differently.

The same source correctly records other Malta open toppers as hailing from Swinton (Thamesdown) as with OHR 189R ... 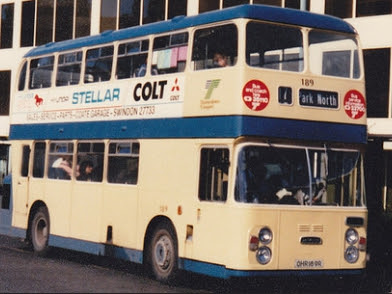 ... re-registered and in Sightseeing livery. 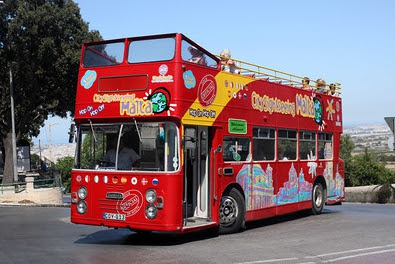 Memory Fades Oh So Easily!
fbb wrote that NCT service 13 to Links View ran every half hour when it started. Drivel! Northampton supplier of wisdom Alan forwards a timetable from 1973. 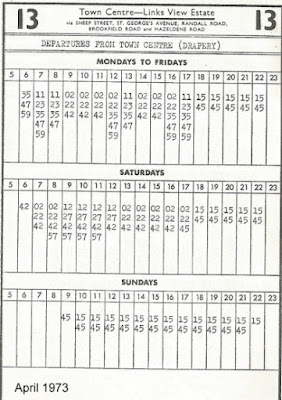 Every 29 minutes, upped to every 10 at peaks; and note that Monday to Friday lunchtime was also a "peak" because many Northamptonians went home in their lunch break. Likewise Saturday morning was always busier that Monday to Friday off-peak - everybody would go into town to shop especially at the superb market.

By 1976 it runs every 20 minutes (every 30 in the evenings) six days a week with no peaks and Sundays service has faded to every hour.

A reminder of today's commercial and doomed service 11 ... 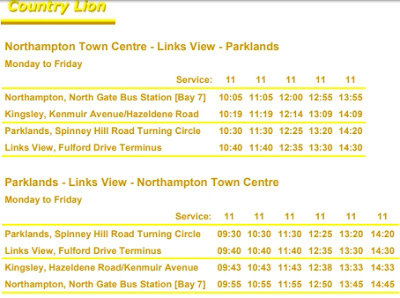 ... together with its tendered oddments (also doomed) on rout 60. 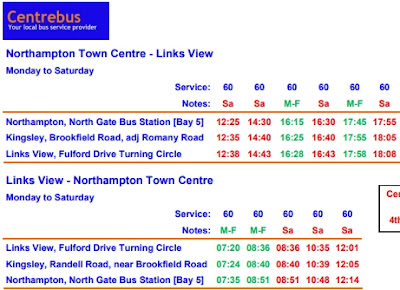 A Tease From Alan
Of these two vehicles ... 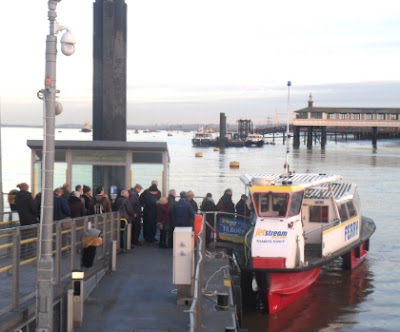 ... on which one is your OAP bus pass valid? 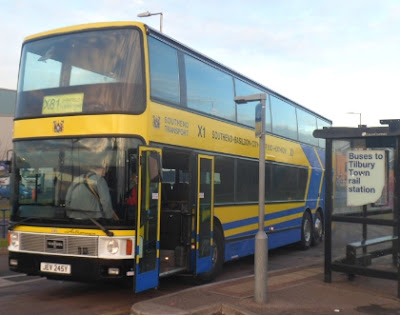 The answer (easy peasy?) is the top one. Passes are valid on the ferry from Tilbury to Gravesend - which illustrates the nonsense of the so-called "National" system. Valid on this ferry, valid on Sheffield trams, but not accepted on Blackpool trams or even those in Croydon.

The "Astromega" was bought by Southend Corporation in the early 80s in response to massive growth on the X1 which ran, for a time between Sarfend and Reading. Long distance coach ravel was deregulated before buses and the X1 was a surprising consequence.

This particular bus/coach found its way into the hand of  ... 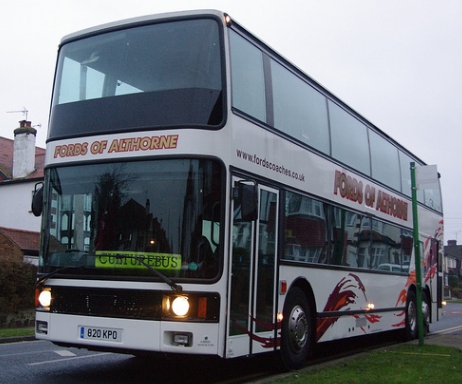 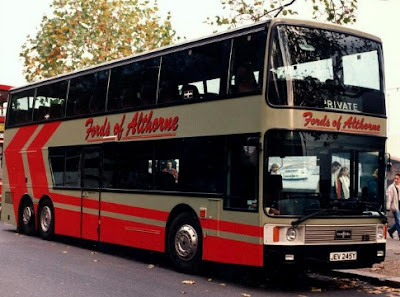 It was bought by Ensign and restored to its original livery. Correspondent Alan enjoyed a ride thereupon as part of the recent Ensign running day, and, as it was not a "bus" service, he had to pay!
=================
ADVENT CALENDAR - 10 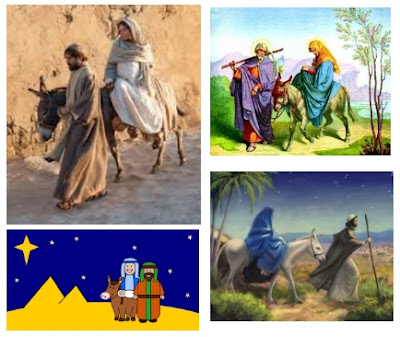 Wherever you look, IT appears. There is Mary, dressed in blue, riding on a donkey, led by Joseph as they toiled their way from Nazareth to Jerusalem. It is about 70 miles as the fly crows, but their journey would have been between 90 and 100 miles.

We even play/sing a Christmas song about it.

There was no donkey. It is the invention of a much later story teller or illustrator.

That is all that Luke tells us - Matthew does not mention the journey at all, as we shall see. It is inconceivable that a humble trader from Nazareth, together with his pregnant and unmarried wife-to-be, could have ever afforded to hire a donkey.

They walked. 100 miles. Probably at night because the days would be too hot. (no snow, remember?)

It gets worse! If there had been a donkey, Joseph would most likely have ridden it and Mary would have walked - that was the custom of the day.

Oh yes. Mary would not have worn a blue frock - such luxury was reserved for the wives of wealthy lawyers, politicians and businessmen. 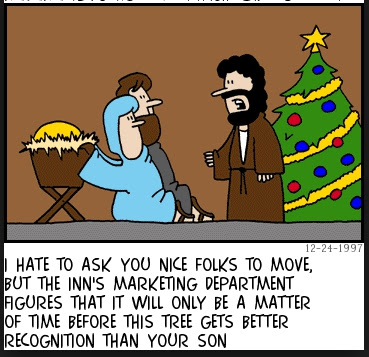 The rouble with embroidering the simple but stunning Biblical nativity story is that the central power  and purpose of the event gets lost in the clutter.

The Birth of the Son of God becomes more and more unrealistic.