Long Buckby - By Train, Then

Bus First : No Sooner Said Than Done!
Do the good folk from Stagecoach Yorkshire read this blog? Or did someone in their office spot their bludners? Whatever the prompting we now have a Service 2 on the Sheffield pages ...

... service 86 now runs, correctly, to Lowedges and not Batemoor. One more that fbb missed first time round.

Any news of last buses on the 43 FROM Sheffield?

And Back to Buckby
This was the Long Buckby of fbb's youth. 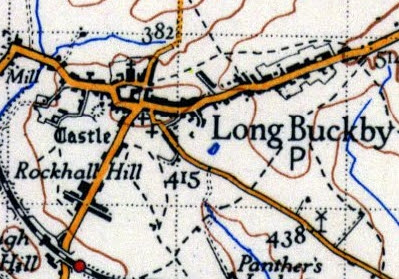 Apart from a couple of side roads of Council housing (Rockhall Hill on map above) there was very little between village centre and Station. Indeed most of Buckby was aLong the main road. Now look at it now! 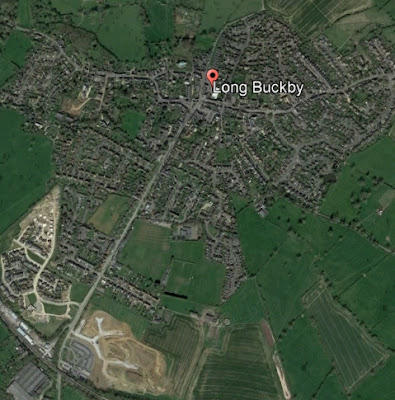 Some of this development is post WW2 (1950s) but most of it is more recent and almost all of the territory that lay between village and station is being "infilled", as yet incompletely on Google Earth's aerial view.

Again, when fbb was a less chubby little lad, the station only had a smattering of local trains that ran between Northampton and Rugby, some extended to Coventry. 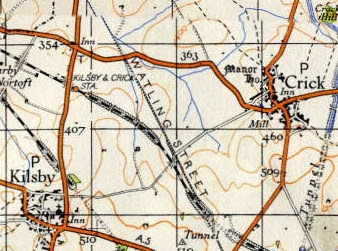 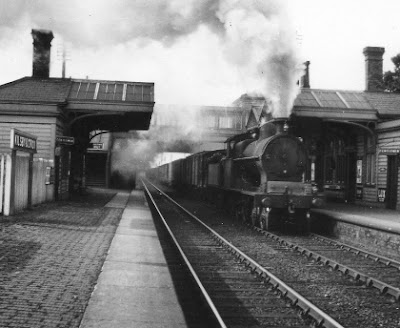 It closed early in 1960. The station was where the Northampton loop line crossed the A5 but all tangible evidence is now lost with the growth of the Daventry International Rail Freight Terminal (D I R F T) 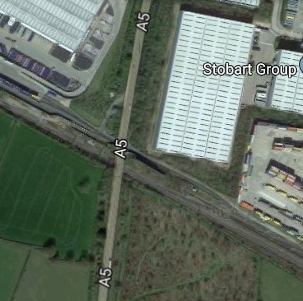 Then came Long Buckby followed by Althorp Park, built, one must assume, solely for the aristocracy and their snivelling minions. 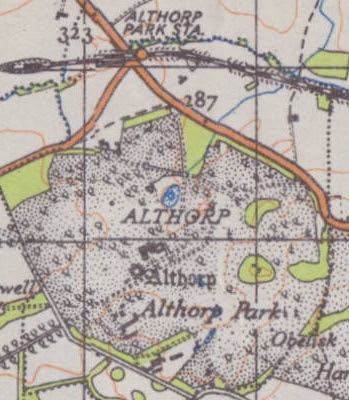 fbb and a chum once travelled their by train for a Bible Class "fun" event nearby. 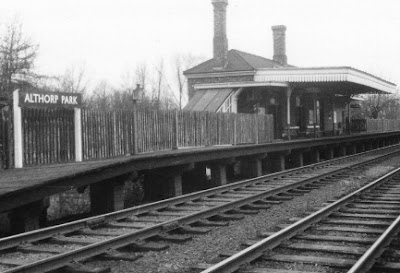 The gruesome 14 year old twosome were the only passengers to and from; and it was not surprising that, also in 1960, the station was closed. Nothing remains today except an odd triangle of scrubland that was once the station forecourt. 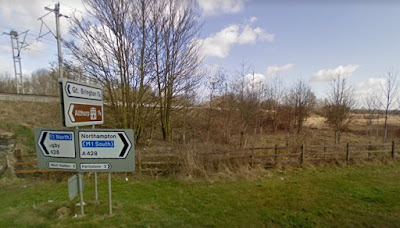 Ferroequinological doom-mongers confidently predicted closure, either via the Beeching report or as a consequence of electrification; but Long Buckby survived.

With the arrival of the electric string, the platform canopies disappeared ... 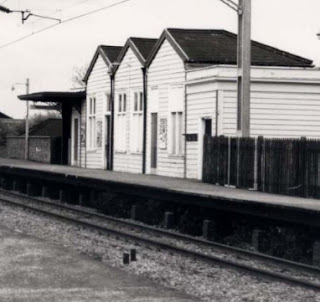 ... soon to be followed by the buildings themselves. Now its hardy passengers have a bus shelter only ... 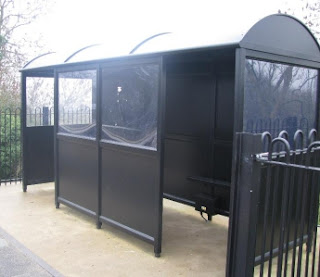 ... and for many years it was simply an unstaffed halt.

But the station gained a fixed-interval hourly service of swish and swift electric trains! Over the years it has varied from being a stop on trains between Northampton and Birmingham only to having through services to London Euston.

It was to Long Buckby that Northampton correspondent Alan hied; and his report of today's situation will form the basis of tomorrow's blog.

More Excitement at Seaton?
A man arrived yesterday morning with a cherry-picker. Lacking any cherries to pick, he began the process of installing the sign ... 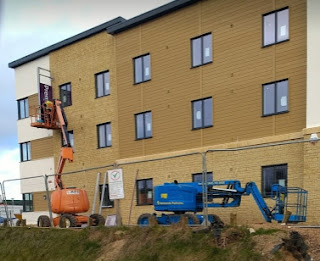 ... on the new-build Premier Inn just along the road from fbb mansions. 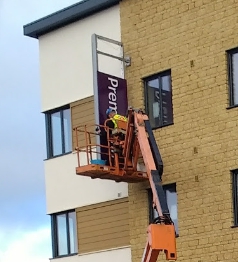 Our senior Isle of Wight correspondent (Alan), and an avid Premier Inn enthusiast, reports that bookings are being taken from 16th March 2018.

This will be the first hotel in Seaton since the 1990s and, hopefully, will continue the process of the town's rejuvenation which began with the arrival of Tesco a few years ago. Many Seatonians despise Tesco (but only after they have shopped there!) but the store has brought more people, more life and more trade into the town.

Get to the point, fbb, why December 25th?

Three explanations are often offered. When fbb was at school he vaguely remembers being told that Church Leaders, seeking to create some sort of order in the ecclesiastical Year, simply pinched a pagan festival and labelled it Christmas.

One carol illustrates the idea.


The holly and the ivy,
Now both are full well grown.
Of all the trees that are in the wood,
The holly bears the crown.

The holly bears a blossom
As white as lily flower;
And Mary bore sweet Jesus Christ
To be our sweet Savior.

The holly bears a berry
As red as any blood;
And Mary bore sweet Jesus Christ
To do poor sinners good.

The holly bears a prickle
As sharp as any thorn;
And Mary bore sweet Jesus Christ
On Christmas day in the morn.

The holly bears a bark
As bitter as any gall;
And Mary bore sweet Jesus Christ
For to redeem us all.

Midwinter festivals were about expecting renewal as the green shoots of recovery pierced the winter gloom. Evergreens, like holly, ivy and the "Christmas" tree were all pagan symbols that spoke of the eternity of life, the continuity of the seasons.

So this ancient carol links the features of the holly to key parts of the Christian Christmas narrative.

We have a spot of eternal rule with a crown, the purity of Mary, the blood of redemption, the pain of the Cross and the bitterness of the world's sinfulness.

Not quite the pretty pretty Nativity Scene that graces many a Christmas card! But using the pagan greenery as a parable of the theology of Christmas. 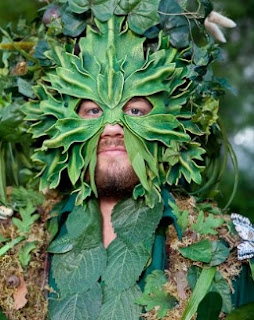 ... morphed into "The Father of Christmas", still in green. 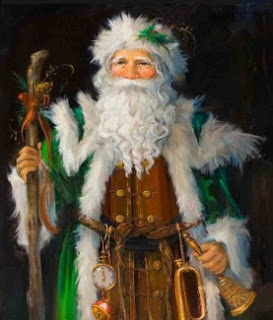 And we all know what a simple colour change and an advertising campaign did for him!

But hang on. Winter festivals were either celebrated on the Winter Solstice (21st December) or at New Year.

Whilst many pagan activities became Christmasified, the date is different. In the Bible, Luke gives a clue to the actual date ...

At that time Emperor Augustus ordered a census to be taken throughout the Roman Empire. 2 When this first census took place, Quirinius was the governor of Syria. Everyone, then, went to register himself, each to his own hometown.

Unfortunately any attempts to match this with today's calendar leads to utter confusion because of different Calendars, multiple censuses and the fact that our record of Quirinius seems to be later than the Birth of Jesus. He may well have been a long-term census-freak and set up more "numberings" for tax purposes - the Romans were a dab hand at taxation - but no records now exist.

It is worth remembering that the birth of Jesus was utterly insignificant at the time; It would barely warrant a one-liner in "The Jerusalem Times"!