fbb Wishes All His Readers ...

... Even Those Who Don't Agree With Him!

Traditionally, fbb passes comment on those areas where bus services are available on Christmas Day. The number is growing with the Go South Coast group of companies winning the prize this year. There are Christmas Day services in Bournemouth ... 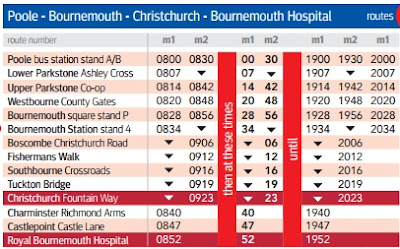 And, on the Isle of Wight an hourly or two hourly schedule on all the main routes at "normal" fares - as usual. 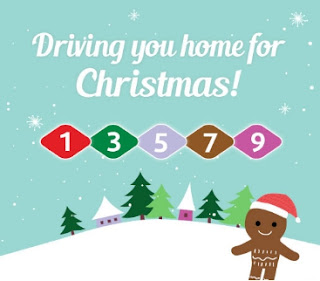 Other holiday dates offer a Sunday service with no early finish and all buses are reasonably well used.

This commercial operation has run for a umber of years and shows that a viable Festive business can be built up if the management is prepared to take "the long view".

But, photographed by correspondent Roy THIS MORNING in Sheffield ... 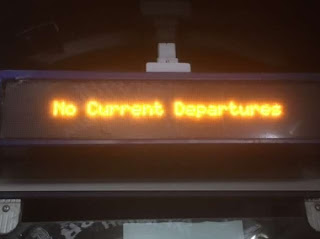 ... bustling Metropolis of the Northern Powerhouse!!

Can it really be that folk on the Oil'o'Woight travel on Christmas Day whilst Sheffield Tykes never venture out of their smoke blackened terraces? (Irony? Sheffield has very little left running that blackens!)

... but fbb could find no lost f what services were running. Presumably you have to ask the journey planner and if it comes up with a trip you might want you are a Festive Winner!

Sadly, due to the pressure of taking church services yesterday and today, your author has not been able to do a full survey this year. (yesterday's service went well, by the way.)

On a more serious and thoughtful note, there has been a guaranteed and heated response to anything fbb has written about Seasonal services. Whilst commercial considerations may vary in different parts of the country, it does seem odd that some areas get "good" services ("less bad"??) and others have very little.

Publicity in many areas is poor. Northampton correspondent picked up one of these ... 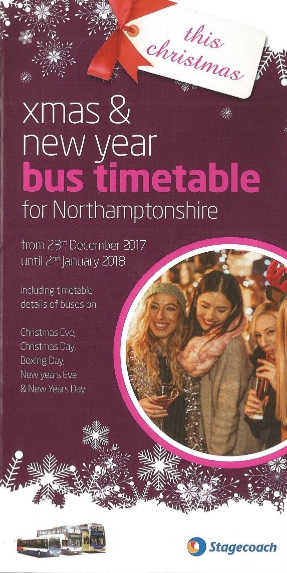 Yes it does exist! A copy of the Stagecoach Midlands Christmas and New Year leaflet found on a service 50 from les lacs de Rushden to Bedford. Not a sign of any leaflets on any bus in Northampton or at Northgate bus station, so several cartons of them will be probably quietly put out for the waste paper salvage lads on January 2nd 2018.

And, of course, we now know that the only printed material in Sheffield was the excellent and helpful leaflet from Supertram.

But the weaker companies (that's most of them) will now be able to bleat that there was "little demand" for the services that they did bother to run. So next year there will be less.

Starting tomorrow there will be more "Christmas Baubles" and, hopefully to come, a bit more Logology.

Again fbb wishes all his readers a truly meaningful Christmas. 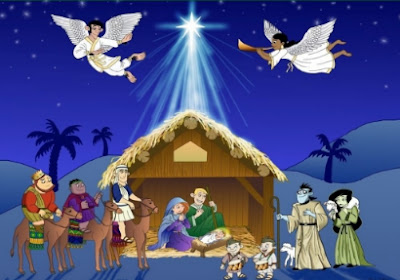 But there were no angels at the cattle shed/stable/cave ... 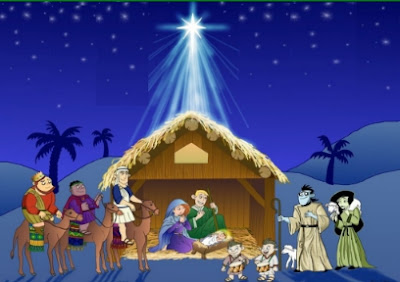 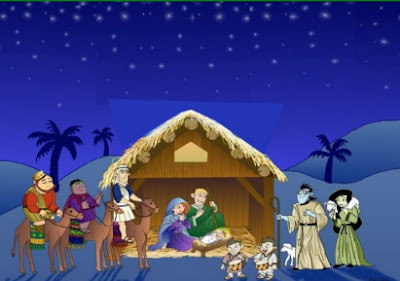 ... it guided them anything up to TWO YEARS later.

The shepherds did NOT bring any sheep ... 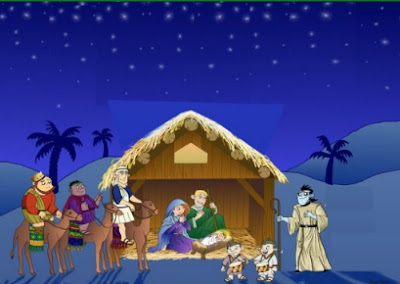 ... and the female shepherd would not have shepped!

We have added a second male! 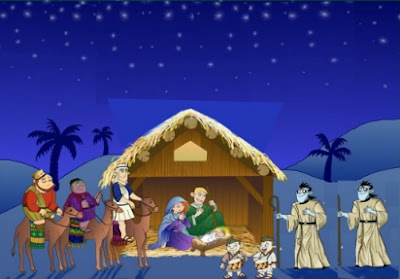 Quite what the two little drummer boys ... 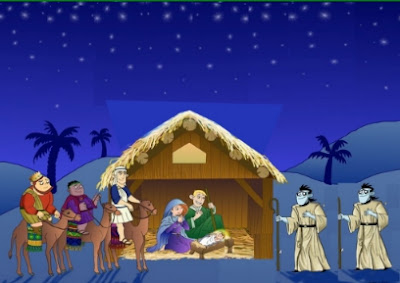 were doing there is a mystery!

But the wise men have to go; they weren't there! 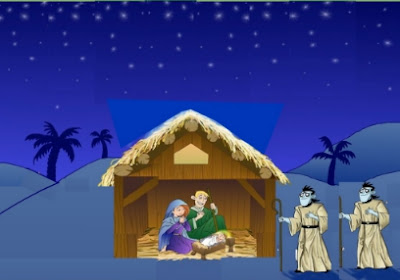 They came (according to Matthew's Gospel) to the HOUSE where the family were living.

While we are trying to imagine what really happened, we ought to get rid of Mary and Joseph's posh clothes - they would not have been able to afford posh coloured cloth. Fortunately this particular crib scene did not include the fictitious donkey or the obligatory cattle ...

Readers are invited to look out for Biblically accurate nativity scenes.