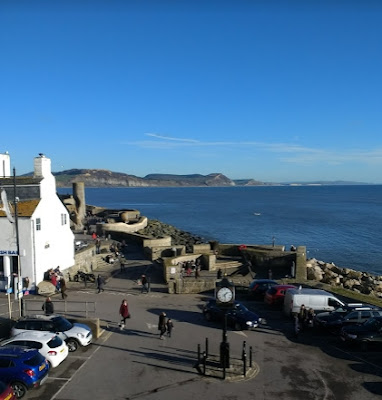 Thursday last a "Happy Family Outing" (HFA) was organised whereby No 1 Son, wife and two sprogs hove off to Lyme Regis, followed by fbb and Mrs in the Seaton limo. The plan was that some members of the family would, wet suited, plunge into the foaming briny whilst the elderly sat and watched.

But first to a caff for luncheon. 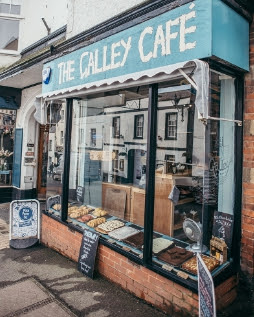 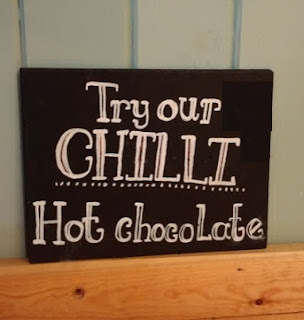 And so to the beach. But to reach the working parts of this fossil-encrusted resort, it was necessary to pass a bookshop. 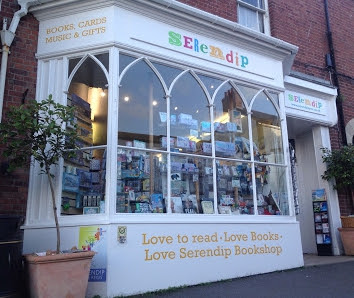 It is an important principle of fbb's shopping visits to never pass an open bookshop (q v Prince Philip and a Bathroom!). Only one volume of transport interest caught your bloggers eye. 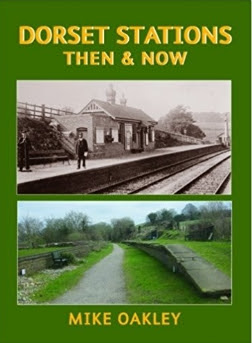 "Then and Now" picture books are two a penny and only of passing interest to fbb; who likes something more meaty. Mike Oakley's volume was a notch above the usual. It had a map ... 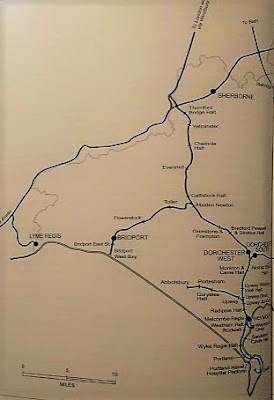 ... consisting of two A4 pages ahowing every station that ever there was in Dorset. (click on the maps to enlarge) 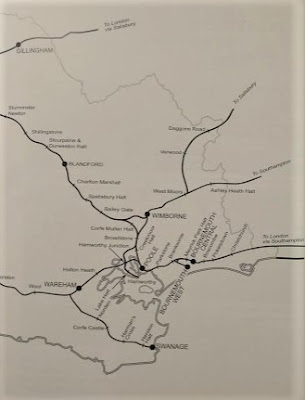 But, once the county boundary is reached, there is nothing. So we have Lyme Regis but no Axminster ... ... and Sherborne but no Yeovil. 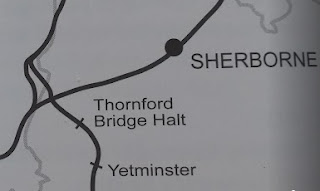 Maybe this bit of excellent cartography would have been a tad more helpful had some of the cross-boundary detail been added?

Then there is a chronological summary of lines opening and closing, starting in 1847 ... 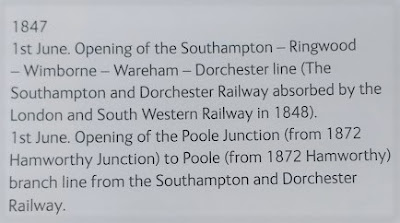 ... and ending with developments on the Swanage Railway. 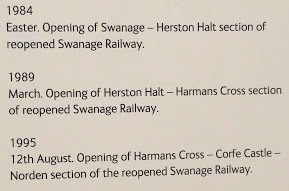 The extension to Wareham came too late for the 2016 publication date.

Each station has a potted history including some very obscure sites. Sandsfoot Castle Halt ... 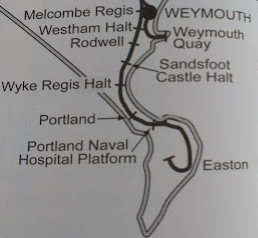 The little known halt to the east of Dorchester ...

... was short-lived and obscure. 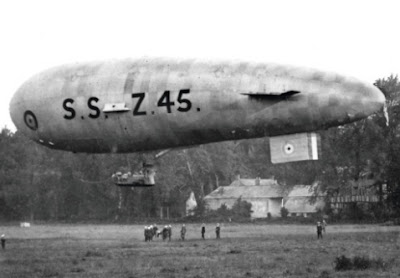 Airship Station Halt is one of the few stops not to have its own "then and now" photograph for reasons explained in the text. It would have been part of Warmwell Airfield. 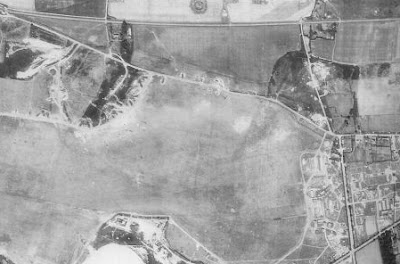 The railway runs across the top of the aerial view above.

The "then and now" pictures are a pure delight and provide a spur to further exploration.

The luxurious appurtenances of Sandsfoot Castle Halt are (no, were) a joy to behold ... 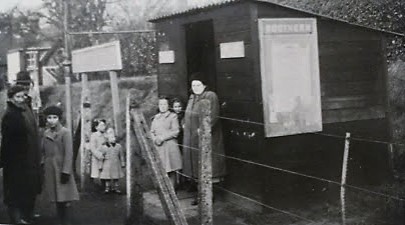 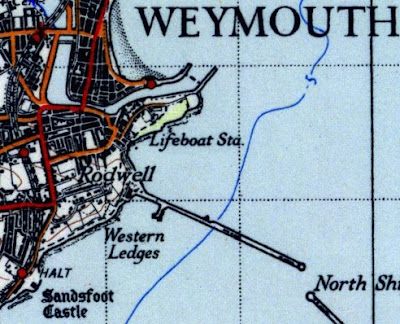 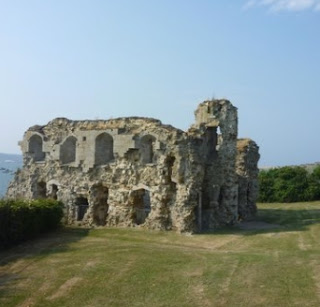 Dorset Stations Then and Now
Mike Oakley
The Dovecote Press
£10

and worth every penny!

A mega logology quiz is planned for Monday. Yippee!!
==========================
Post-Advent CALENDAR - 30
Whether three or more, the "wise men" story is all about the gifts. Matthew wrote his gospel for the Jewish community, seeking to explain in some detail how Jesus was the expected Messiah. He did this by repeatedly linking events in the life of Christ to old testament prophecies.

The Magi were important because their journey was based on a selection of those prophecies, notably ones about Bethlehem and descendancy in the line of  King David. 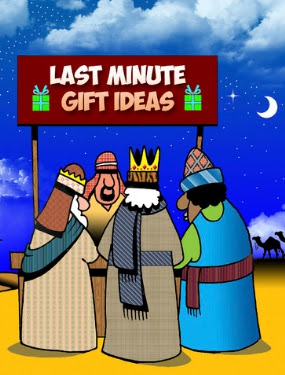 Each of the three gifts was seen as a part fulfilment of the whole "package" of Messiahship which began with the Nativity.

GOLD
God's Messiah would be an eternal King "reigning" in heaven. O.K., a tricky concept, but think of the image of regal magnificence, perfection of purpose and shining glory. Nothing tainted could ever be allowed in heaven, hence ... 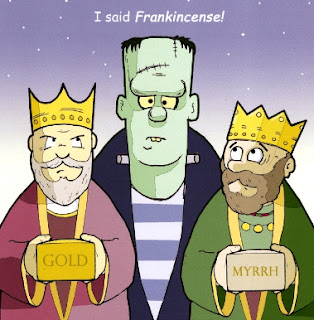 A crystaline substance obtained from the sap of a tree; it had a pleasant but strong smell. It was symbolic of the Priesthood. In many religions and types of Christian Church, a priest is seen as the go-between to help people "find God". Jesus replaced the conventional Jewish priesthood and he became "the new living way" to God.

MYRRH
To embalm the dead. There is a spooky logic about the core message of Christianity. God must exclude all that falls short of his standards from His perfect heaven. Sin is punished by "eternal" death. But Jesus death on the cross was a substitutionary death, through which we can claim "eternal" life.

Whatever modern readers may think, this was the not-very-well-hidden message of the Magi.

No wonder Mary "pondered these things!