37 buses were destroyed by fire in a massive blaze near Newquay overnight. Firefighters were called at just after 1am to deal with the inferno at the Western Greyhound bus depot at Summercourt. There is expected to be massive disruption to school and general bus services this morning after one third of the fleet was destroyed. Fire crews from nine centres attended the blaze near the A30 with flames visible for miles in the early hours. 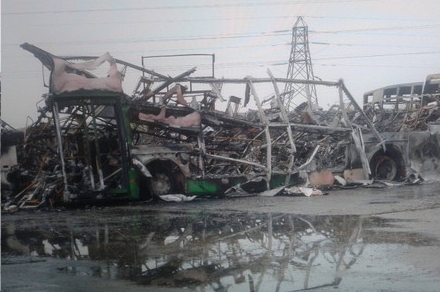 Devastating is something of an understatement. fbb is sure all the industry will wish Mark and his team a speedy recovery.

Not all our readers are keen "rivet-counters" i.e. excited beyond measure about each different type of bus; engine, chassis, bodywork, number of contra-rotating bifurcating ninge-wheels in the power steering cut-off switch etc. etc. But yesterday's beano at East Bank Bus garage has to be one of the best of its type.

A significant number of preserved vehicles was present ... 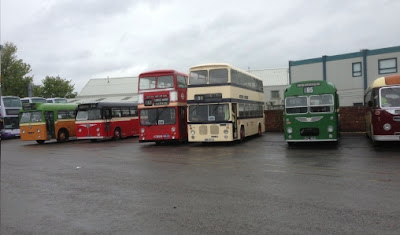 ... all under the watchful eye of First Bus supremo Giles Fearnley. 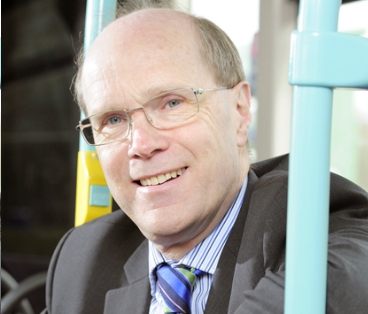 But the main aim was to bring together as complete a set of preserved Sheffield vehicles as possible. 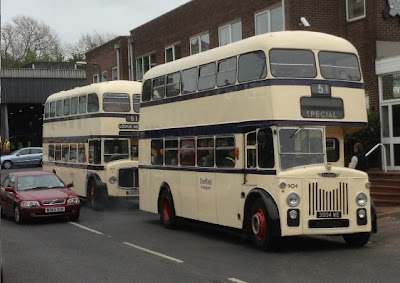 Many buses that were still licensed as proper passenger carrying vehicles ran between the depot and Lodge Moor, recreating the 100-year-old first ever Sheffield bus route. Our correspondent took a ride on one and managed to snap some other contenders at the Lodge Moor (former!) Hospital turning circle. 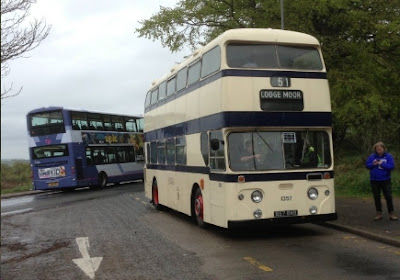 Note the "on service" vehicle in the background in First's latest livery.

Some vehicles have been repatriated ... 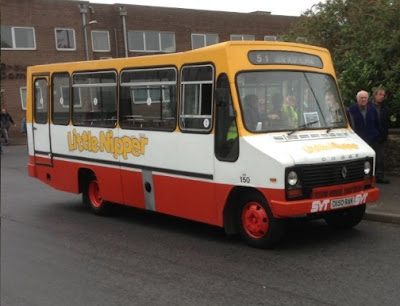 ... like this "little nipper"; a reminder of the days when huge numbers of minibuses ran through the streets of the steel city, including on the frequent cross-city route 52. This Dodge has been repatriated from the Tanat Valley company in Wales. 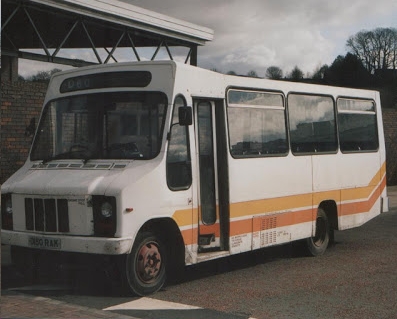 But the furthest return was this creature ... 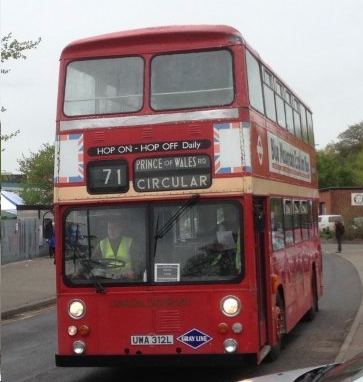 ...once masquerading as a "London Bus" (snigger snigger) in Australia. The new owners intend to return the vehicle to its traditional cream and blue livery.

Finally, in the late 60s and early 70s, Sheffield bought a large fleet of (163?) long double doored vehicles known as "jumbos". If fbb remembers rightly, there were problems with some batches which led to much bus borrowing to cover for buses away for rectification at the makers. Sadly it appears that only one such vehicle has survived, retained by the original PTE as a road show bus ... 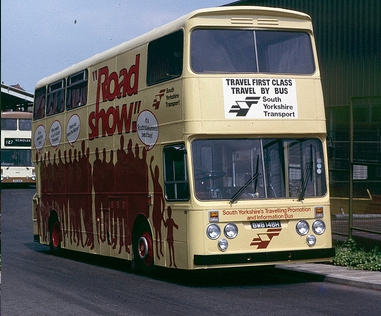 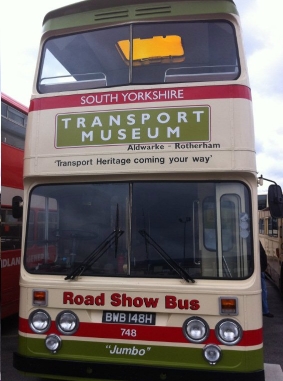 But surely that's not its original front end? (see below!)

Our correspondent and photographer (David of lorry driving fame) reports a splendid day and much credit goes to First Bus for supporting such a magnificent venture. 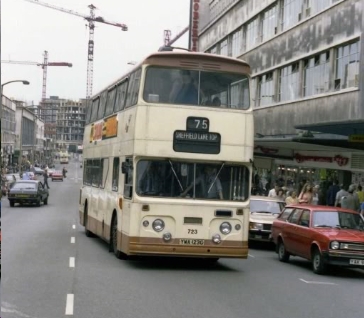 an early "jumbo" in PTE coffee and cream 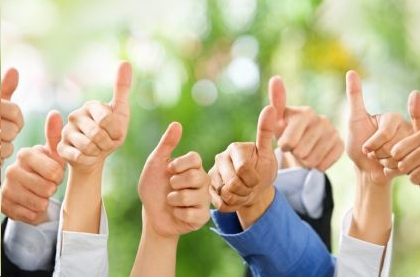 And three more for all those who took their vehicles!
"Bordon on the Border" continues later