It is perhaps worth mentioning that a fourth choice is available, namely the bus link from Luton Airport Parkway station to the terminal. 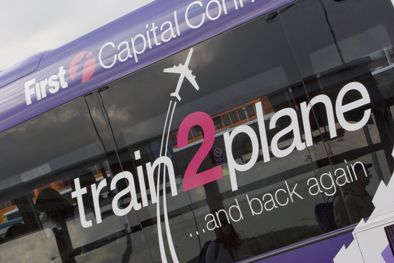 This route, operated by First Northampton (!), runs every 10 minutes seven days a week and for long hours.

When first introduced, the transfer was free but now ...

But don't believe everything you read on-line ...

A constant free shuttle bus service operates to and from Luton Airport Parkway Station. This is normally just a 5 minute trip to Luton airport terminal building.

But there's more to confuse and bewilder the unwary traveller..

Checking on this service on Traveline under "Luton Aiport Parkway", reveals another oddity. As well as First's shuttle route 888, a number not used anywhere else in the bus travel universe, (and try finding the timetable on n First's web site!!!) there is an Arriva route "A" starting on 30th June. Of course, Traveline gets it wrong (no rurprise there, then); route "A" does not serve the Parkway, it runs from the traditional Luton town centre railway station. 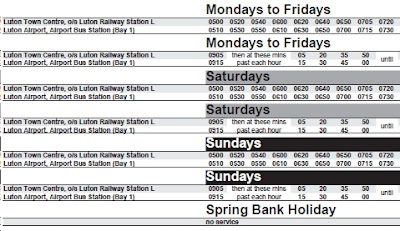 This 15 minute daily frequency appears to be in addition to various (mainly Arriva) "normal" local bus routes which serve the terminal buildings. 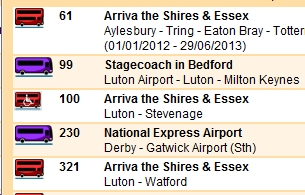 The 61 is infrequent and its link from central Luton to the Airport finishes on 29th June. Arriva 100 is part of a group of routes operating between Luton and Stevenage with Airport buses calling every hour. 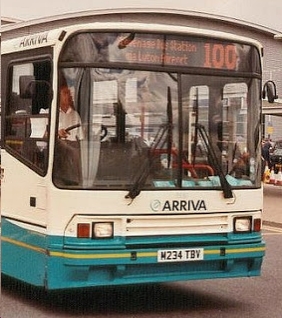 Between Watford and Luton, the 321 runs every 15 minutes with journeys every 30 extended to the Airport. 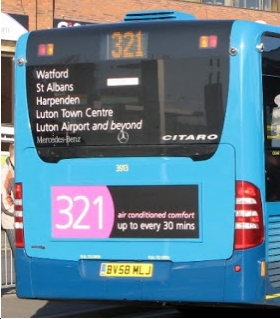 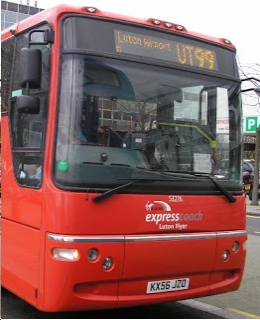 New service "A" is, quite clearly, in direct response to the Airport's recent "coach exclusive" shenanigans. See "Nah, Luton Airport!" (read again). None of the other services matches the frequency of the late June upstart newcomer and only the 99 serves the railway station as such.

So, as is aways true in competitive spats like this, there will be tears before bedtime and someone will give way. 10 buses an hour from train to airport is excessive, as is up to 18 coaches an hour from London. No-one will be making any money; and no-one wants to be the first to give way.

Watch this space, as they say, for further developments.

Meanwhile in a continuance of fbb nostalgia ...

The chubby and elderly one has only ever visited Luton Airport once. It is not a particularly picturesque place to potter to. It was in 1997 (probably) and he was taking a short exploratory trip whilst No 3 son was being interviewed at Luton college. 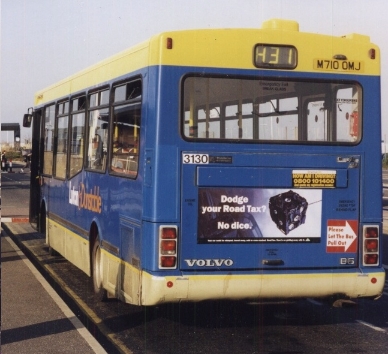 ... and Airtours was grazing outside the decidedly unsalubrious Luton Station ... 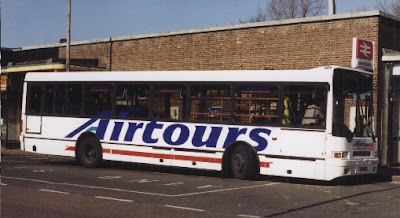 ... whilst a Stelios machine was leaving the terminal with a load of happy returning holiday makers. 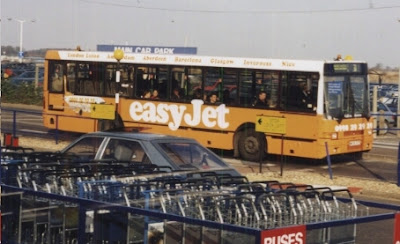 Perhaps it's time for a return visit? 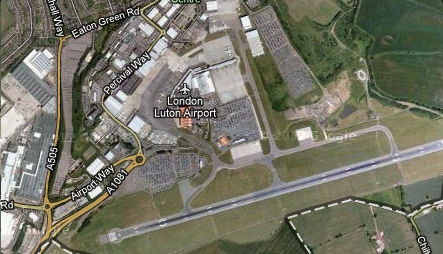 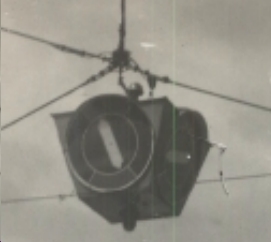 Hung on cables over the centre of a cross-roads, it's another verison of a set of traffic lights. The white pointer circles continuously clockwise and points, successively, at red (stop) or green (go) border segments. The pointers and segments are designed so that there is a brief period when all directions are at red. Father had no idea what it was so was in the process of ignoring it when the teenage pre-fbb hurriedly advised otherwise.

He had read a description in an edition of "Meccano Magazine". Father thus stopped at red and so avoided a serious, expensive, and probably litigious confrontation.

As to location, fbb's usual agile mind (?) is a blank. It was on a drive from a channel port to Innsbruck; so possibly a town in Germany.