... was born in Clapham, South London, the son of Edward Casserley, a minor Post Office official, and his wife Sarah (née Turton). Edward Casserley loved mechanical objects and constructed from scratch a model railway in the loft, which may have inspired his son's enthusiasm for trains. Henry spent his working life in the head offices of the Prudential Assurance Company in London (evacuated to Derby in World War 2). H.C. was a British photographer of steam railways. His prolific work in the 1920s and 1930s, the result of travelling to remote corners of the railway network in the United Kingdom and Ireland, has provided subsequent generations with a valuable source of illustrations for books and magazines.

He was, amongst other railway-based activities, editor of The Observers Book of British Steam Locomotives. 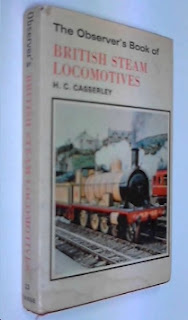 The Observer's Books were a series of small, pocket-sized books, published by Frederick Warne & Co in the United Kingdom from 1937 to 2003. They covered a variety of topics including hobbies, art, history and wildlife. The aim of these books was to interest the observer and they have also been popular amongst children. Some of them have become collector's items. For the dedicated collector this could be a lifetime's work as there are over 800 variations, some of which are now very rare. The values of the books can vary from 50 pence to hundreds of pounds.

By 1958, the date of fbb's recently re-discovered edition, the title had changed; fbb's book jacket has long since disintegrated. 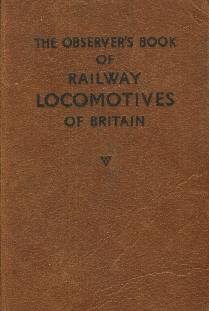 Despite this renaming, the book was wholly dedicated to steam with a simple (even off-hand) list of Diesels and Electrics instead of photos and class histories. 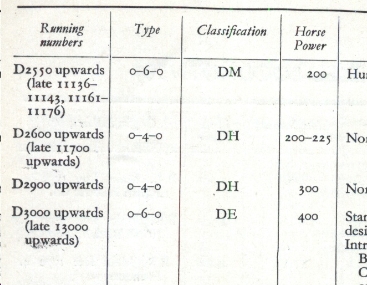 Obviously, despite progress on the BR Modernisation Plan, Casserley had little intrest in anything that was not powered by steam!

Unlike Ian Allan's "ABC" spotter books, the "Observers" illustrated every class of steam loco owned and operated by British Railways. And the 1958 edition had a small selection of "colour plates" inciting slavering delight amongst young enthusiasts. 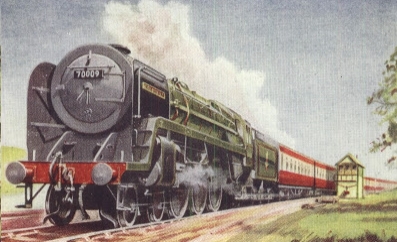 Other essential ingredients in the "Observers" mix included a summary of BR headcodes, provided in those halcyon days, with gently flickering oil lamps. 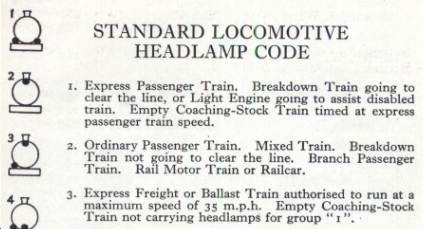 The spotters' favourite was, off course, the express passenger train, headed (in fbb's neck of the woods) by Pates, Jubes, Scots, Prinnies and Brits. And, for those poor ignorant newcomers who knew nothing, there was always the chart of Whyte's Notation.

The Whyte notation for classifying steam locomotives by wheel arrangement was devised by Frederick Methvan Whyte, an American engineer**, and came into use in the early twentieth century, encouraged by an editorial in American Engineer and Railroad Journal (December 1900). The notation counts the number of leading wheels, then the number of driving wheels, and finally the number of trailing wheels, groups of numbers being separated by dashes. Other classification schemes, like UIC classification and the French, Turkish and Swiss systems for steam locomotives, count axles rather than wheels. 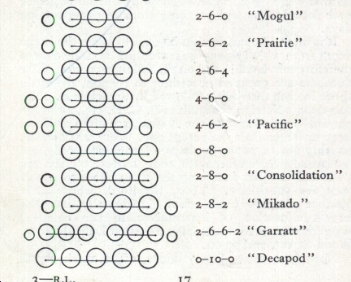 Of the names listed here, Mogul, Prairie and Pacific were in common use; the others were rarely used, except, perhaps for "Garratt", describing the small class of huge freight locos that were rarities for most spotters.

Needless to say, Casserley failed to explain the seemingly strange designation for they new fangled diesels and electrics. Your blogger in his callow and spotty youthfulness never really grasped "A1A-A1A" or, equally mystifying, "1Co-Co1".

So, from time to time, as "the move" looms ever nearer and panic grows to an alarming pitch, fbb will dip into his Observers book and relay tasty snippets to his ever-anticipatory readers.

The next Observers based blog will look at British Railways' narrow gauge operations.

Today the chubby one is off on a day trip to Birmingham which will include a brief look at the super new Reading Station and and equally transitory wander through the new bits of New Street. Lest readers are concerned that the old man is abrogating his packing-up responsibility, they may be assured that the trip is essential to the ultimate relocation purpose. It is to collect yet more transport books, currently out on extended loan.

** Engineer : in the usual British sense; In America "engineer" was/is used for an engine driver.

Next Rail Blog : Thursday 23rd May
Posted by fatbusbloke at 02:00