It was Mark Twain who responded similarly to the publication in the New York Journal, well in advance, of his obituary. 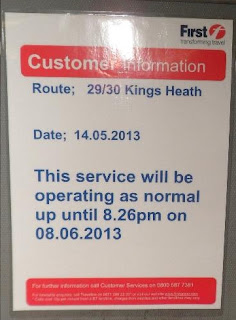 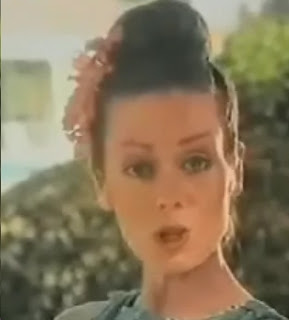 Sophistication was brought low by the reference to what was, then, the "bottom end" of air travel. Luton was charter flight heaven (or hell!).


From the mid sixties, Luton became the operating base for charter airlines such as Autair (which went on to become Court Line), Euravia (now Thomson Airways, following Euravia's change of name to Britannia Airways and subsequent merger with First Choice Airways), Dan-Air and Monarch. In 1972, Luton Airport was the most profitable airport in the country. 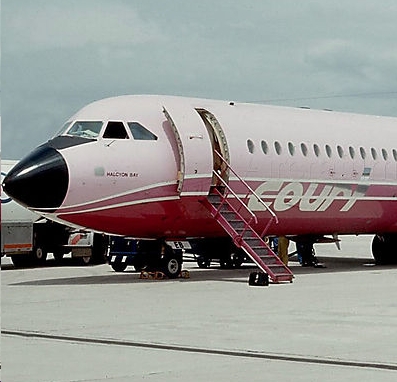 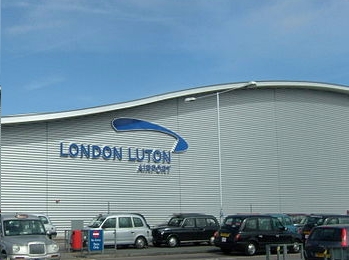 In January 2005, London Luton Airport Operations Limited was acquired by Airport Concessions Development Limited, a company owned by Abertis Infraestructuras (90%) and Aena Internacional (10%), both Spanish companies. Abertis is a European infrastructure provider, whilst Aena Internacional is the international business arm of the Spanish national airport and air traffic control organisation.

But from May 1st, dark and dastardly deed have been afoot at Luton. 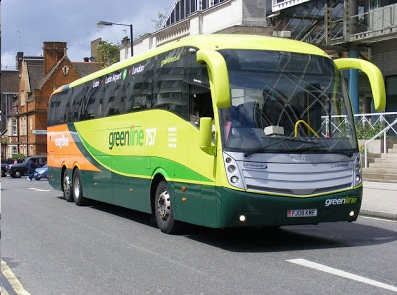 Arriva's long standing and successful Green Line route 757 (in partnership with EasyBus) was given the heave-ho and replaced by National Express service A1.

This was reported to be an "exclusive" deal.

Of course, we all know that National Express is/was part owned by the Cosmen Brothers (approx 18%) and they are Spanish. As are the owners of the Airport but, equally of course, there is no connection.

So how does Arriva react to this enforced loss of a lucrative business? The Answer is found on its timetables web site ... 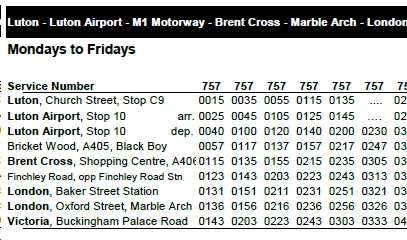 ... which claims that it still runs to the airport. Well, does it or doesn't it?

... it shows its airport time point as Carparkz car park; whence the normal car park shuttle bus whisks Arriva's customers (and their luggage) to the terminal.

But, somewhat more mysteriously, Arriva's former partner, Easybus, started its own service from Baker Street to the Airport from May 1st. 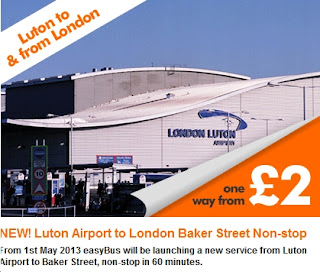 This almost exactly replicates the EasyBus service abandoned in the link up with Arriva!

So is the National Express deal exclusive? Or not?

Route One magazine reported last week that Arriva is taking court action against the Airport because unfair practices have been used to expel it from the terminal. 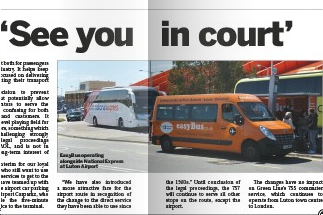 The Plick Thottens, as they say ... 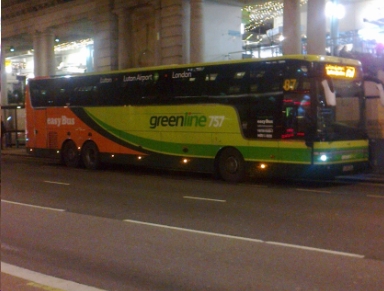 ... with an extra change in the Carparkz car parks.

Hmmm? Who will win this battle?

But it's even more complicated than the above, as we shall see on Monday.

Next Bus Rail Blog : Saturday 18th May
Posted by fatbusbloke at 02:00