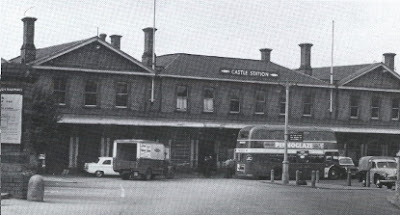 This is what it looked like in the days of fbb's youth. Then came electrification; and the distinguished London and North Western Railway pile gave way to this:- 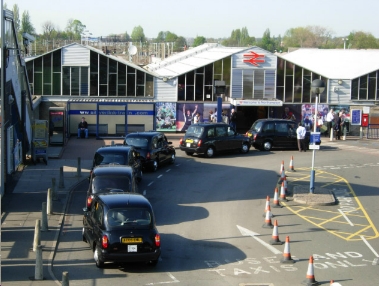 The taxis are lined up roughly where the original building was situated.

But not for much longer ... 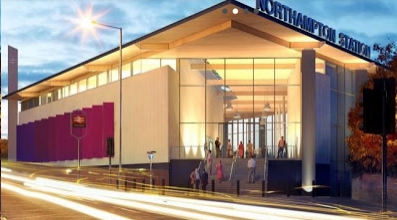 ... because a brand new station is being built on the site of the LNWR building. What goes around, comes around.


Our Northampton correspondent is keeping close eye on progress, not least the pressing problem of getting people into the existing station whilst the new one is being built. Needless to say, on-line information is a waste of space as Alan writes:- 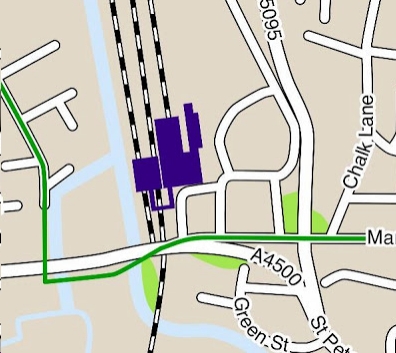 This rather imaginative map is taken from the buses and taxis section of the National Rail Enquiries website. In case you are wondering, the green line is a national cycle route which comes in from Market Harborough, crosses the town and disappears southwards somewhere in the Brackmills area.


It is not clear why death-defying cyclists have to cross the busy St James Road here ... 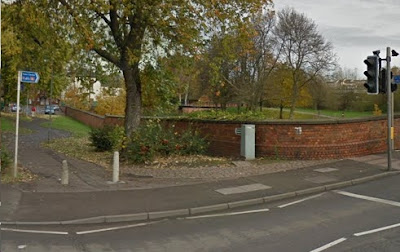 ... then cross back diagonally on the brow of the hill in the face of streams of lethally fast traffic. 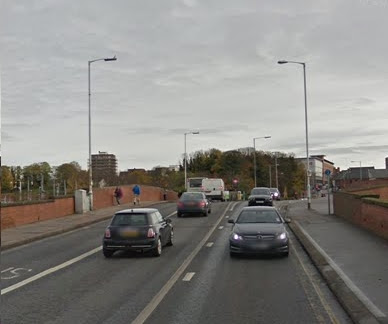 
The map implies that there are three entrances to the station from the main road. I don't think there have ever been more than two and the roadway to the former goods shed ... 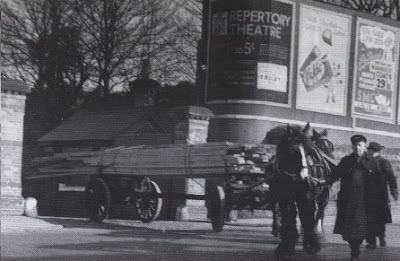 ... was walled off many years ago. 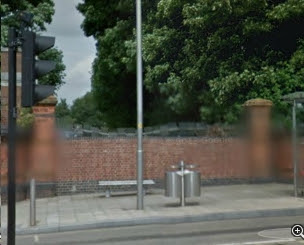 The next pic shows the present situation (looking towards the LNWR station site) and it is now quite difficult even for pedestrians to find their way in to the railway station from the main road. 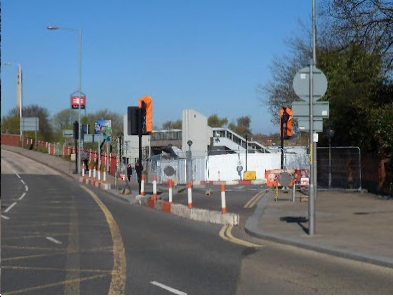 But it is encouraging to see rebuilding work in progress. 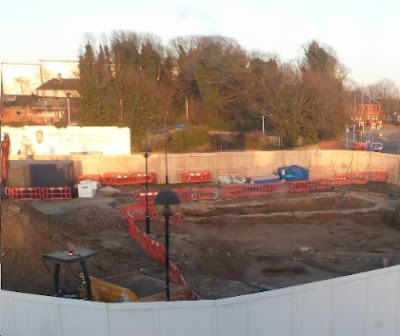 It is archaeologists who are still digging, looking for evidence of Ælfgifu who was either the first or second wife of King Cnut depending on which source you refer to.


Ælfgifu of Northampton (c. 990 to after 1040) was the wife of King Cnut of England and Denmark, and mother of King Harold I of England (1035 to 1040). She served as regent of Norway from 1030 to 1035. She was determined that her second son Harold should be the next English king. With help from her supporters, Ælfgifu was able to secure the throne for her son. In the view of some historians, she was probably the real ruler of England for part, if not the whole, of his reign.


For those blog readers who share Henry Ford's opinion that "history is bunk" and thus are uneasy as to why Ælfgifu might be waiting for a train some eight hundred years before the railway was built; you may be pleased to know that the goodly pseudo-Queen of England died in Northampton Castle ... 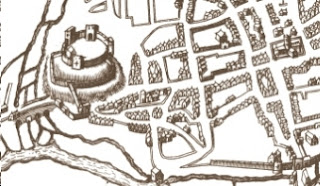 ... (i.e. yer actual castle, not Castle Station), probably. Hence the frenzied (?) excavation prior to building the new premises. And if you are struggling with pronunciation of Her Nordic Majesty's name, Alan adds a brief note.

Whilst the Normans had boring names like Simon de Somewhereorother, the Danes had splendid names as shown in an extract from Ælfgifu's family tree. 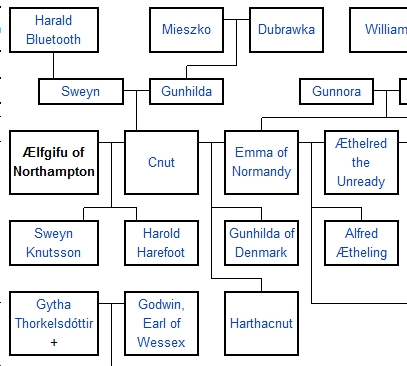 Thanks, Alan, for your always-erudite contributions to this blog.