Bordon on the Border [2] 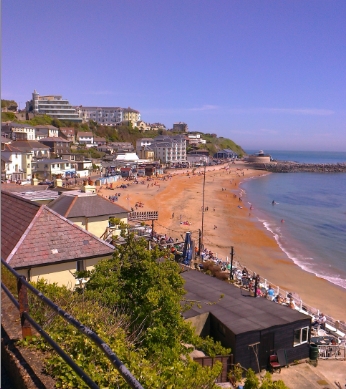 ... was a trip to Ventnor with No 1 son and family. One change not previously spotted in the town was yet another example of the Isle of Wight Council's policy of making life inconvenient for visitors. The very useful toilets ... 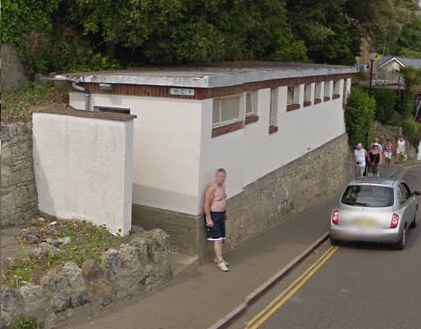 ... ideally located near the beach and the main sea front car park, have been rebuilt ... 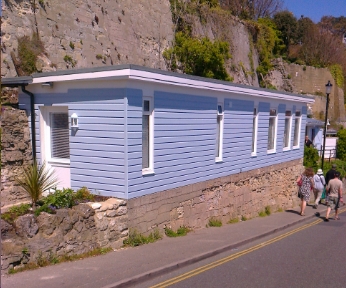 
The nearest alternative source of relief is right at the other end of the Esplanade, maybe half a mile away and beyond the "rotunda" building seen in the distance on fbb's sun-drenched holiday snap above. 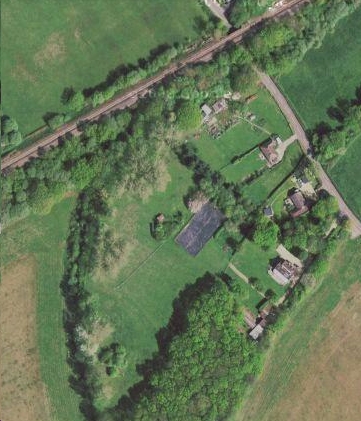 A curving line of trees marks the route of the railway track from Bentley (on the present SouthWest Trains line to Alton) to Bordon that opened in 1905. There was one intermediate station named Kingsley Halt ... 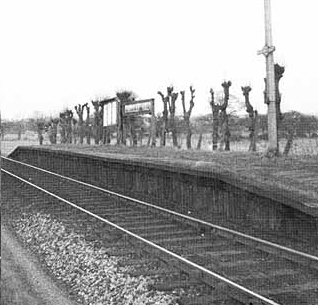 These platforms formed the terminus at Bordon ... 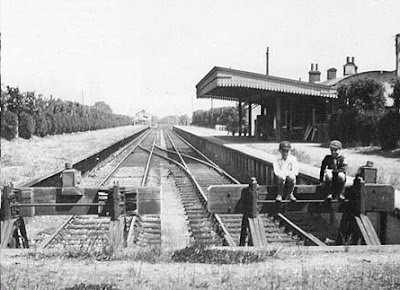 ... and to the right of the LSWR line, the Longmoor Military Railway had its separate but adjacent facilities. 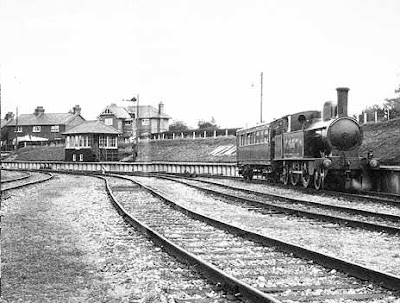 Authorised for construction from 1902, activities date from 1903 when a 18 in (457 mm) gauge tramway was laid to assist in removing 68 large corrugated iron huts from Longmoor Military Camp Camp to Bordon. The railway was relaid to 4 ft 8½ in (1,435 mm) standard gauge in 1905–1907 and was initially known a the Woolmer Instructional Military Railway. It was renamed the Longmoor Military Railway [LMR] in 1935. An extension to join the Portsmouth main line at Liss was opened in 1933. 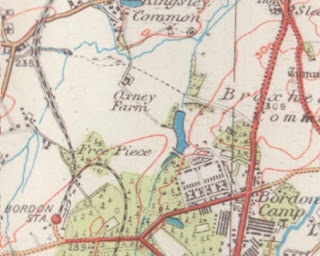 Where the line crossed the "red" road (bottom of the above map extract) was a halt called Oakhanger ... 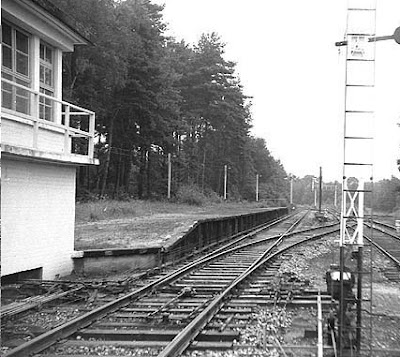 ... which was actually nearer Bordon Camp than Bordon Station but some distance from Oakhanger. Of course Bordon Station was miles from Bordon and should have really been called Bordon Camp; but there was  Bordon Camp station on the LMR. The LMR, of course, wasn't a public railway, so the very few real passengers would not be confused. Our readers might be! 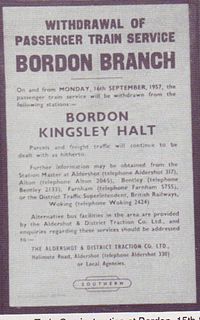 The Bentley to Bordon line closed to passengers in 1957 but the track was retained to link with the LMR until it, too, closed in 1966.

But Bordon is now an "Eco-town."

The Department for Communities and Local Government (DCLG) is funding the study into how Whitehill Bordon could potentially be connected to the national rail network. The work is being carried out as part of Hampshire County Council’s Emerging Transport Strategy for Whitehill Bordon which sets out a sustainable strategy to reduce the impact of development, reduce carbon consumption and deliver sustainable growth. The strategy focuses on tackling climate change through the promotion of sustainable modes of travel and reducing the need to travel, particularly by car.

The Bentley route would use much of the formation of the former Bentley to Bordon branch line, closed in 1966. Hence construction costs will be lower than for a new line over virgin territory, although much of the route is now in private hands. The former station site at Bordon is no longer accessible, and in any case was not well positioned for the town, so a new site would need to be chosen, closer to the centre. 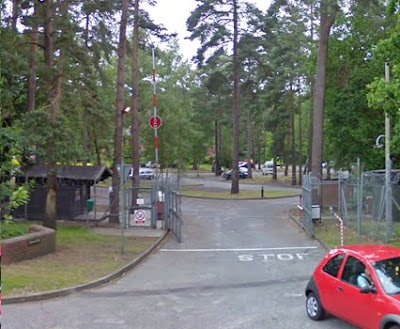 The former station is now a mysterious collection of buildings complete with barrier and guard post, looking like something to do with the military but calling itself Bordon Trading Estate. 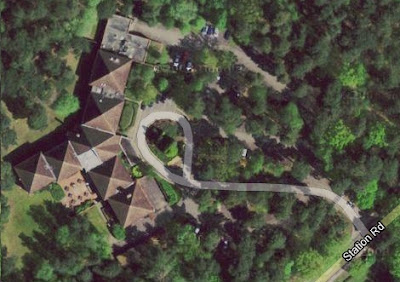 Will a new Bordon branch rise from the undergrowth of its little used predecessor? Will the needs of the Eco-town bring pressure on the holders of the national purse strings to release the lolly? Or is there yet another flock of flying pigs over the Hampshire-Surrey border?

Next Bus Blog - Thursday 9th May
Posted by fatbusbloke at 02:00