Pre-Election Hype - With a Rider?

Breaking News from the CMA

It was once called the Competition Commission but, like everything else governmental, it has to be reconstituted and rebranded. But one of its purposes is still to stand up for the consumer. 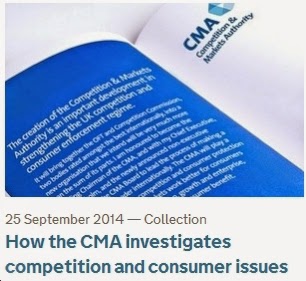 So a report (published today) is of interest to bus management, less because it affects the public transport industry per se and more because it lauds bus and rail privatisation as a first rate exemplar of how consumers have benefited from competition. Some consumers and many transport operators may challenge the report's basis, but it does provide something of interest for the likes of fbb.

The report is 348 pages long with dozens of statistical tables, all far too detailed for an fbb blog. But some of the proposals re of interest.

Many bus companies do not publish their fares. Customers are required to choose, and board their service and then ask for the price. This can be annoying, but does ensure that destructive competition by price (fares) is harder to implement. The introduction of the Guaranteed Un-Revealed Selection System in the trial area should reduce the use of "loss leader" products.

The section goes on to propose that grocery prices are not shown on posters or advertisements, or listed on the shelves but only revealed after the customer has reached the checkout.

The Authority does, however, recognise the success of the rail industry in encouraging off-peak travel by offering very low prices.

The plan is for Supermarkets to offer very cheap prices (on a small number of products) for customers shopping very early in the morning or late at night. Under this plan, Branston Baked Beans would be priced as below:- 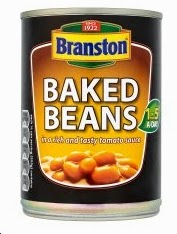 The terms and conditions for these offers would, perforce, be incomprehensible to all but the most "savvy" shopper, but it would mean that companies could massage their overall pricing structture (in an appropriately named "basket" of offers) to convince the public that prices had not increased "overall".

The report saves its most revolutionary scheme till last. In the same way that bus operators must allow competitors to use their bus station even if they own it, big supermarkets will be obliged to allow local businesses to rent space in superstores and trade alongside, say Tesco.

The report cites an experiment in the town of Saxborough in Yorkshire's South Riding. 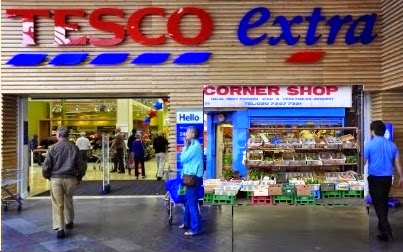 Here the Tesco Extra store was obliged to provide space for a local corner shop. The space had to be fairly allocated so that the corner shop could trade on an equal footing. The creation of the Office for Guaranteed Reasonable Unified Building usage (OffGrub) would arbitrate. 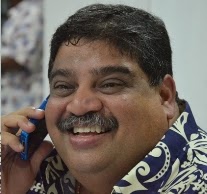 Small shopkeeper, 5 foot tall Rajesh Patel, is quoted (in the local press) as saying, "This has indeed been a bonanza for Mrs Patel and my good self. Our business is increasing an incredibly good deal. We are grateful to the wonderful English government and Her Majesty the Queen for allowing us to stuff our shelves and Tesco at the same time, goodness gracious me." Mr Patel is also chairman of the highly successful Saxborough Sterotypes Society and a leading voice in the community.

fbb has had barely enough time to digest the whole report, but it is, most definitely food for thought. Apparently the trial area (including Saxborough) will be reviewed after six months and we can expect a further report in exactly a year's time. 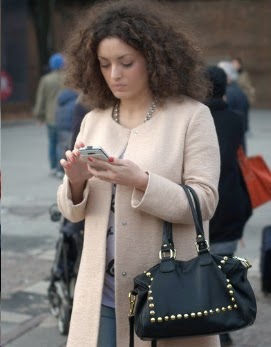 January saw the funeral of one of Leeds' leading transport historians. Brian Parkin, who in addition to a career within the coach industry had also been editor of Metro Transport News for over fifty years, a substantial contributor to the five-volume set of books 'Leeds Transport' by the Leeds Transport Historical Society and served as an encyclopedia of knowledge to enthusiast organisations in West Yorkshire.

Rider livery had numerous variations and several brand names (e.g. Gold Rider) but here is a preserved Leeds bus in the same livery as that adopted by First. 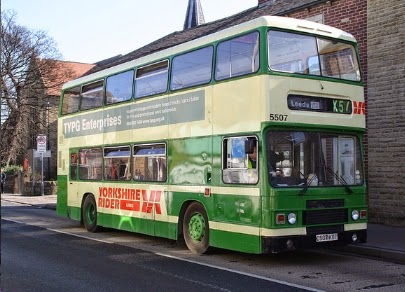 Jesus was hungry. He saw in the distance a fig tree covered with leaves, so he went to see if he could find any figs on it. But when he came to it, he found only leaves ... 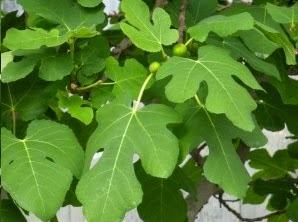 ... because it was not the right time for figs. Jesus said to the fig tree, “No one shall ever eat figs from you again!”

Not very nice to the fig tree! But what did he really mean?

Trees are always a picture of the Jewish Nation. So Jesus was warning the leaders of the day that they were not "bearing fruit", not doing what God wanted. Because of this, they would lose their privileged status as "God's chosen people." They would not bear fruit again. 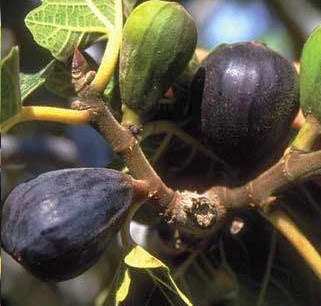 Severe, or what? But, in fact, the message of Christianity did not stay bottled up in the arid religion of the ancients; it spread like wildfire, all over the world.