Our Thorncombe Debut : A Work in Progress 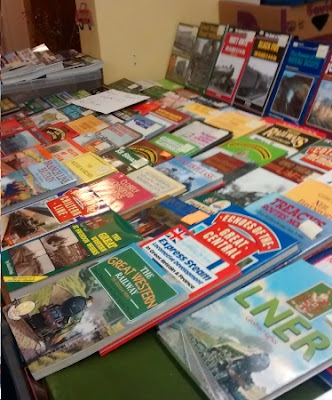 There were books for sale - but fbb resisted the temptation to buy. 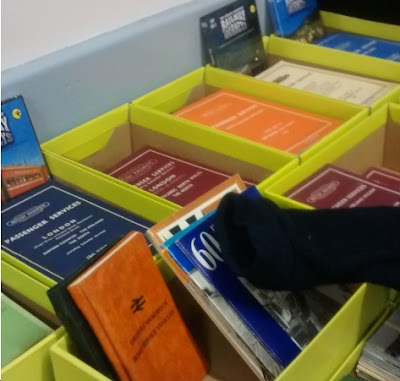 There were timetables for sale - but fbb resisted the temptation to buy. 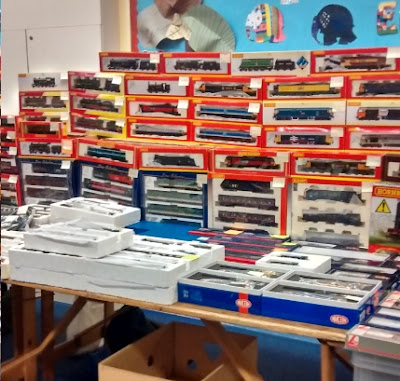 There were loads of good second hand locomotives for sale.


But the main part of the exhibition was the 18 layouts to drool over. fbb was recruited to man a pay desk which somewhat impeded his ability to take in the delights (and the names) of the exhibits. So, sorry chaps if you precious work is not credited.

So fbb has concentrated on what might be possible for an averagely skilled and an averagely wealthy modeller. Some layouts were utterly simmple, being a circle of track ... 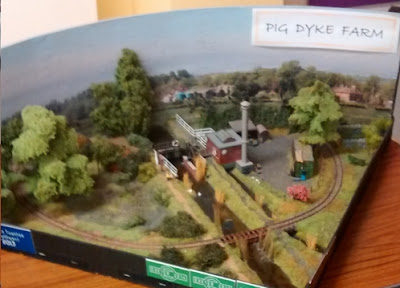 ... perhaps with a passing loop and a splodge of scenery. 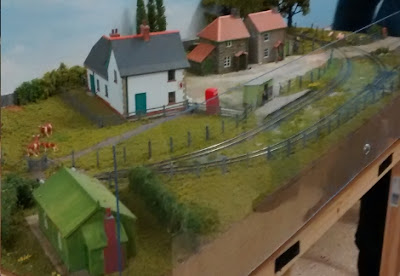 One guy brought along his N gauge layout in a briefcase - OK a very large briefcase ... 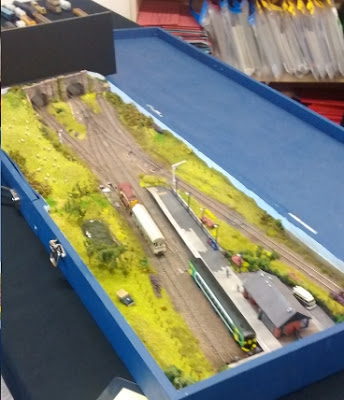 ... with a litttle bit beyond the bridges where different trains could be brought int use. 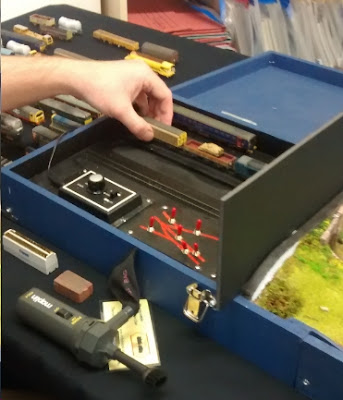 Most layouts were "end to end" or "fiddle yard to fiddle yard", one with a turntable allowing the whole train to be returned to the "public" part of the layout facing in the correct direction. 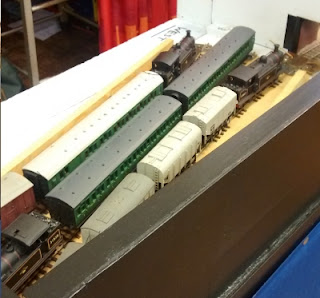 There was one big layout in the form of a large oval of track running through a single station. 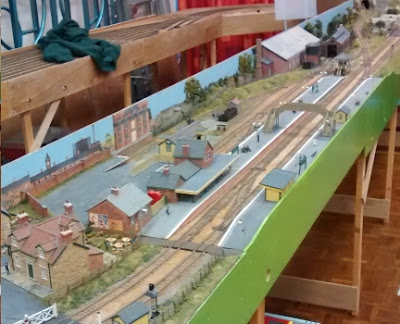 But round the back (and under the jumper!) were a ladder of storage sidings so that a whole fleet of different trains could be sent off to serve the tiny 4mm scale people. 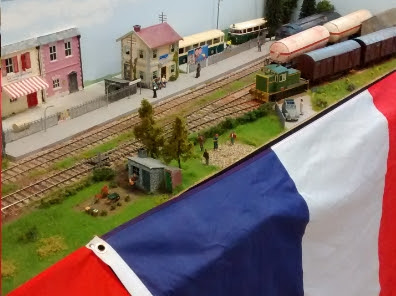 ... was fascinating. But the highlight, for fbb, was this layout in a big box ... 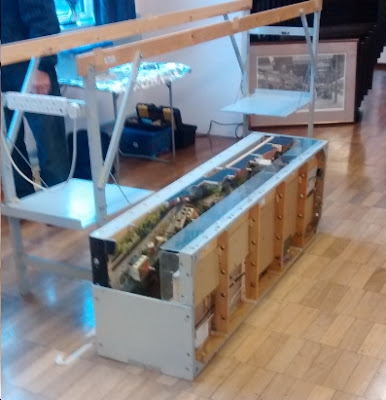 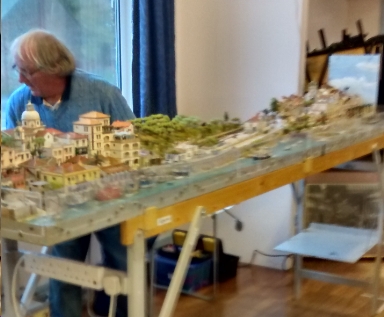 ... revealed a gorgeous touch of the Algarve, complete with evocative architecture. 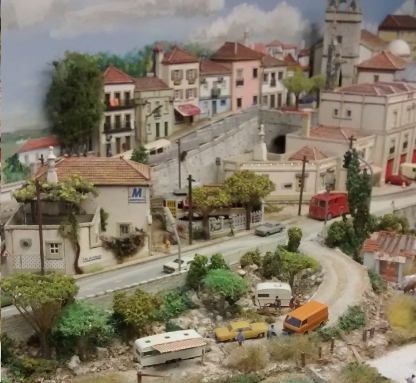 There was one other highlight. In a hearty burst of nostalgia there was a vintage Hornby Dublo three-rail layout bearing fbb back to his callow youthfulness. See "A Serendipitous Saga of Signals [2] ..." (read again). 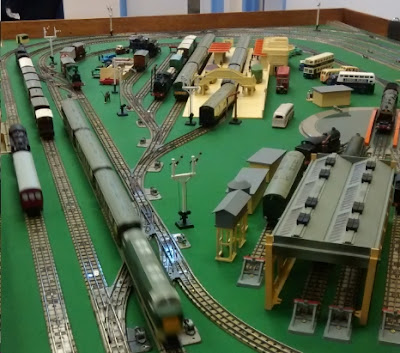 But what's this? A three-rail R1 tank locomotive? Sacrilege and sacrébleu! 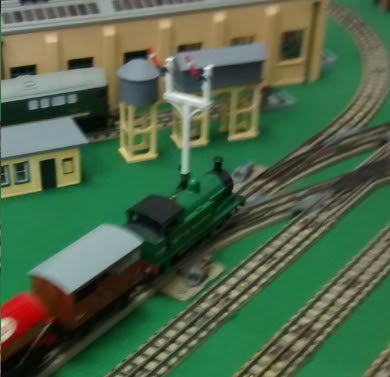 Hornby Dublo NEVER made such a locomotive. 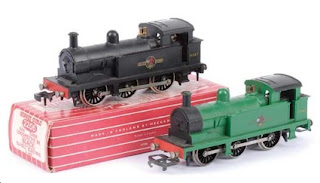 'Tis actually a two rail R1 converted to three rail. The man in charge showed fbb how 'twas done. What will these modellers think of next? 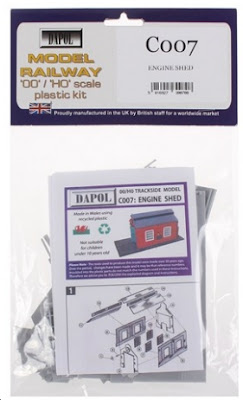 ... or, more correctly TWO joined together graced one layout. 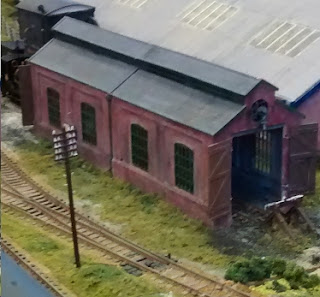 On one of the smaller displays, passenger transport was provided by the equally ancient railbus kit ... 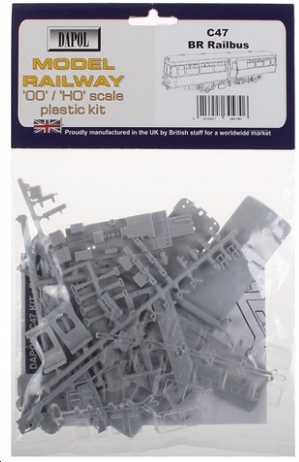 ... fitted with motor and beautifully painted. 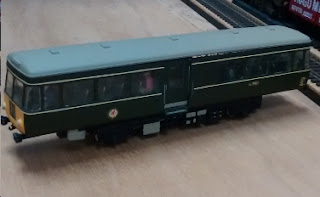 Both kits were from Airfix (priced at 3/- in the late 50s) and are now sold by Dapol. Nearly 60 years old and still going strong!

And what of Colston Cross, the unfinished layout, the work in progress, with contributed models from the (un)skilled hand of fbb. 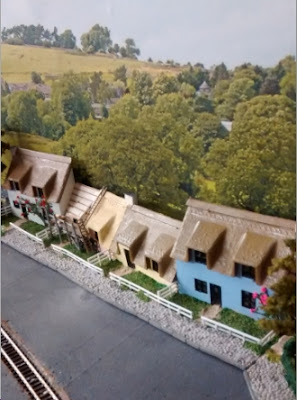 It didn't look that bad. It was a popular exhibit always surrounded by interested and chatty observers. And the team allowed youngsters of all ages to have a go at controlling the trains. fbb even found time to make a promising (?) start on the pub car park. 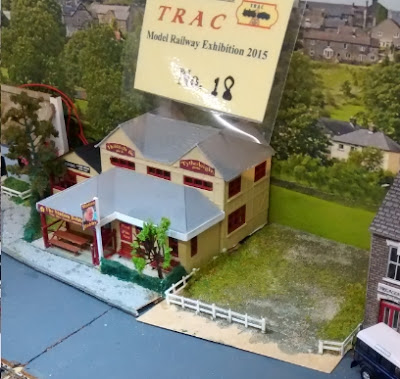 But did our readers spot a significant omission from the early paragraphs of this blog?

More of that omission tomorrow!


Next model and big train blog : Monday 9th November
Posted by fatbusbloke at 02:00