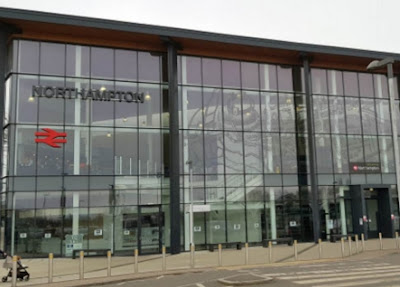 Held over from Saturday's blog. (OK, fbb forgot it!)
Tomorrow we answer the age-old question.
What links a shoe factory, a composer,
three vacuum cleaners and a floor polisher
with Northampton's railway station?
Prolific (and very helpful) correspondent Alan was incensed at one of the recent improvements at Northampton's recently completed greenhouse a k a new station building. The mysterious and anonymous "they" have installed banners extolling the delights of key figures from the town's history.
One was Queen Eleanor who called briefly at Hardingstone where a monument was erected to commemorate the visit. Boy was she "cross" at the delay to her journey. (feeble historic Northampton joke). 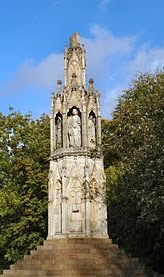 There is a better one with its top intact at Geddington. 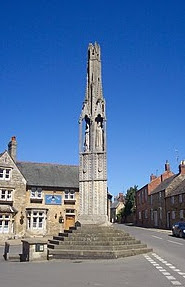 There was, however, a problem with the Queen's brief visit to the Town of Shoots and Boes. Alan explains:-
Critics may cavil  that when Queen Eleanor  of Castille stopped for the night at Delapre Abbey in November 1290 she had been dead for several days.
The Eleanor crosses were a series of twelve tall and lavishly decorated stone monuments in a line down part of the east of England. King Edward I had them erected between 1291 and about 1295 in memory of his beloved wife Eleanor of Castile, who died in November 1290. The mark the nightly resting-places along the route taken when her body was transported to London.
Those at Geddington, Hardingstone, Waltham and Charing remain with the latter by far the most opulent. Sadly it is so lost in the squodge that is modern London that it must be missed  by millions. 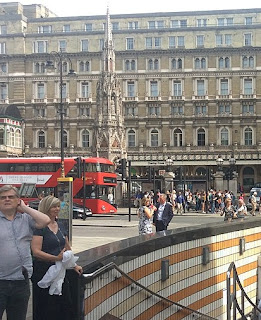 Alan was also incensed by this banner ... 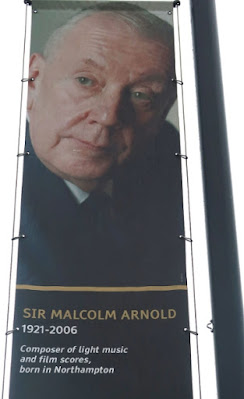 ... and writes.
Composer of light music and film scores?
This is equivalent to saying that Sir Isaac Newton was passable at doing sums or, if you wanted a picture for your chocolate box or birthday card, Van Gogh had done quite a nice one of some flowers.
Malcolm Arnold did indeed write film music, including the school song for that epitome of educational excellence, St. Trinians. He also wrote several concertos and overtures including Tam-O-Shanter and Beckus the Dandiprat (look it up!) and, for the 1956 Hoffnung Music Festival  Concert,  the Grand Grand Overture with solo parts  for  three vacuum cleaners and a  floor polisher. 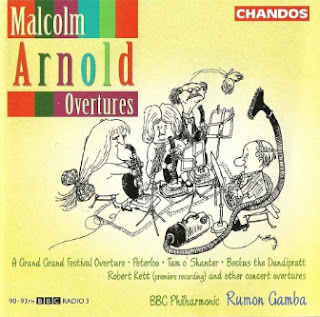 He also wrote nine symphonies and even as I write on Monday afternoon 9th Nov his fourth symphony is being broadcast on the wireless. 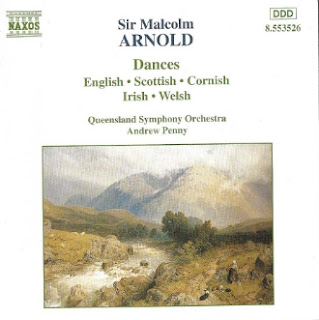 Of far more important historical interest is the well-known fact that fbb's granny worked in the "clicking room" (look it up!) in Arnold's shoe factory. Malcolm was the little boy what done good!
Sturgeon's Spending Spree 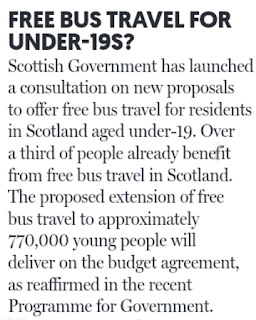 Now, when Sheffield started their cheap fares policy (2p for a half hour ride, 2p for all children's journeys), it fell foul of the Conservative Government who pronounced it as illegal. We have Traws Cymru free at weekends and now this proposal from young Nicola's gang. Maybe we need to take a leaf out of Luxembourg's book and make ALL local travel by bus free for everyone.
That really would be taking an environmental policy seriously and a good deal cheaper than making everyone buy electric cars. 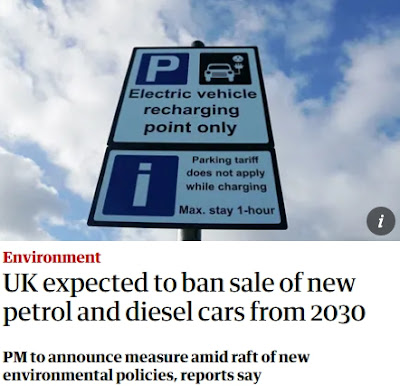 Is fbb alone in thinking that it will never happen?
Where is all that electric juice coming from?
A Cartographic Challenge

You only have to look at Hulley's map pf their "courageous" X57 to understand the problem. You can open it up by clicking thereupon but it then becomes, to use a favourite technical term oft used by fbb, "big"! Reduced to a size that fits on modern small "devices" it is too small to read, or needs constant scrolling if such a process is available.
Sheffield correspondent John was kind enough to supply fbb with lots of useful background information when your noble blogger wrote a series of posts about the X57 and its history. So enthused was John with the results of his research, that he decided to write a learned article for a learned publication, namely the quarterly journal of the Sheffield Transport study Group. 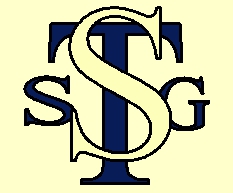 The Sheffield Transport Study Group was formed in May 1995 when several enthusiasts realised that there was a huge gap in the recording of past transport activities in the Sheffield area and that something should be done about it.
At first we felt that matters up to the time of the final tramway abandonment in October 1960 would suffice, but many members find the post-tram era just as interesting. Consequently we now record happenings up to about 1980. The commercial vehicles operated in the city are also of interest, as are the locomotive builders who were based here. The local railway scene also attracts many to our membership.
There is an amazing amount of archive material within the Group and this, together with members’ reminiscences and articles, forms the main content of our quarterly magazine, the Journal, which is A4 sized and usually comprises 56 pages. It is published each year in March, June, September and December.  Since the Group’s formation, it is amazing how much material has come to light and continues to do so.
The article would also be offered to the Omnibus Society.
After some discussion with John, fbb offered to draw a map/diagram which was to include as much "support" for the text as was practicable.
The idea was to show the complex central section in some detail. 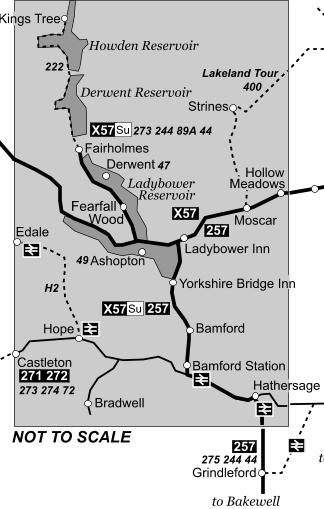 To fit the page size of the Journal, John wanted the finished diagram to be in A5 Landscape format. The focus of the map is on the current service via The Snake Inn and the A57 (service X57), its Sunday variant via the Ladybower and Bamford "branches" (X57Su)  plus the Monday to Saturday 257 (formerly 275) continuing from Bamford to Bakewell.
These are shown as a bold line of route and bold white on black route numbers. Similar route numbers are used for other current bus services, but this time finer solid lines are used.
To give a guide (and only a basic guide, not in too much detail) selected former bus routes are shown with smaller italic lettering. Dottted line are used for roads no longer service by buses (from Sheffield).
A diagram of the continuation to Manchester - plus a code box - is added on the left. 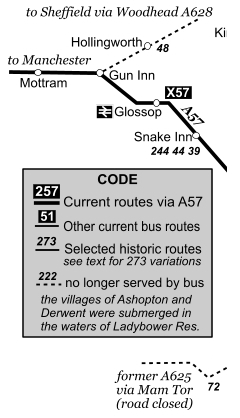 The only information missing is a line and a blob terminating at Manchester Chorlton Street. 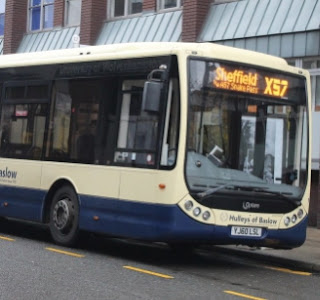 To the right of the core map fbb has made a fair attempt (but then he is biased!) to cover a large chunk of information about services from the Sheffield.

Some of the "historic" route numbers will be mystifying for many readers (most readers!) but they do refer to John's well written and well researched words of wisdom. Of course, geography has been "revised" beyond belief, but fbb is happy that the general "shape" of the roads and services in the Sheffield box is an adequate representation of the truth.

fbb has not included this cartographic compilation as some sort of personal ego-trip. The old man enjoys drawing maps and has done since the ago of approx 10.
The point to make is that the work was done on a very basic piece of software having its origin in the BBC series of computers from times antediluvian in computer-speak. That means that any bus company should be able to do a similar job. If you are a big company with lots of spare dosh hanging around, you can go to a professional outfit and get something super smashing and wonderful.
A smaller undertaking could get young Gavin to pop in a draw something straightforward which he (or others) can keep up to date; and you only costs will be a bag of sweeties and a bit of extra pocket money.
Back in the 1931 days of Harry Beck, you drew with pens and ink and editing or updating involved a major re-draw. 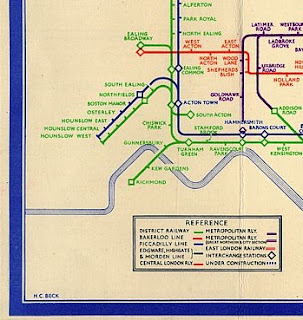 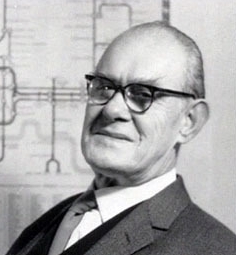 Harry Beck was paid almost nothing for his first Underground Map that has become a world-wide icon. Of course, fbb's offering to correspondent John is equally and happily very gratis!
Creating Desire On The Isle of Wight 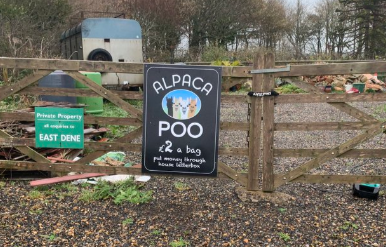