fbb reported that Stagecoach Supertram was not offering any bus replacement services for the current series of track replacement work. In the latest tranche of disruption all that was offered was a list of "alternative bus services", some of which were a very poor substitute for a 15 minutes tram frequency. 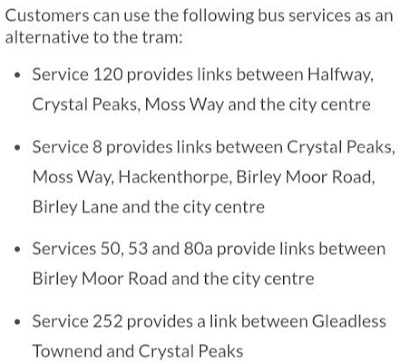 The current chunk runs from 6th June to 24th July.

Then, suddenly, this note appeared on the Sheffield Supertram bit of Stagecoach's web site.

The service will operate between Gleadless Townend and Halfway, connecting with trams at Gleadless Townend. Details of the bus service can be found on the Travel South Yorkshire (TSY) website.

Operated by Powells and not Stagecoach? Go to TSY for the timetable? Nuffin to do with us, mate?

This is very different from previously when full details were available alongside the tram times on the Supertram web site. And there is nothing listed against "Tram" on the TSY site. 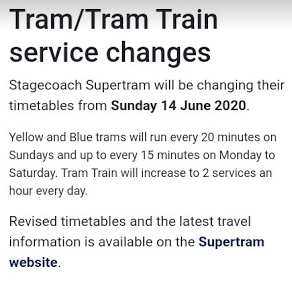 The link takes us, not to the timetable we want, but to the TSY temporary timetables list which is a mega scroll-athon or a substantial click-athon. Here, eventually, you will find this ..

The link takes us, not to the timetable we want, but to the TSY temporary timetables list which is a mega scroll-athon or a substantial click-athon. Here, eventually, you will find this ... 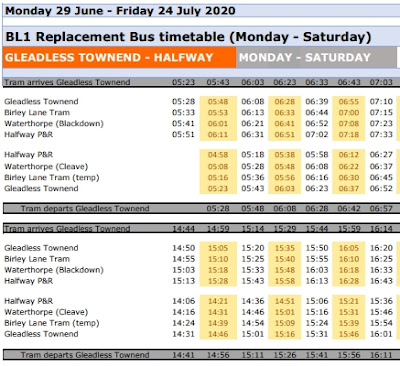 Does the BL1 call at or near all tram stops or just those mentioned in the timetable? fbb has no idea where Waterthorpe Blackdown or Waterthorpe Cleave might be. Does it call at Crystal Peaks, arguably the most important stop en route?

Sipertram are normally very good at posting information at their stops and on their trams whereas the PTE does not bother. Which policy will apply between Gleadless and Halfway?

And yes, it was posted on GoTimetable Sheffield from Friday last, listed right next to the BLU tram which runs to/from Gleadless. 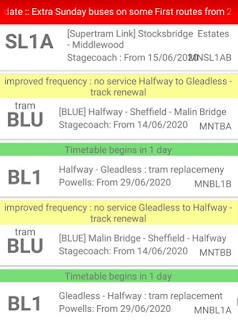 Blackpool Beckons?
Much excitement has been generated this week with photos of locos AND coaches for the new Grand Central service from Blackpool to London Euston. Due to start in May, operation has been delayed by the Virus.

Planning a safe and sustainable return
Whilst our trains have been in hibernation since April, we have continued to work hard to plan every aspect of a safe, sustainable return to service. The safety of our staff and passengers remains our biggest priority, but ongoing Government restrictions mean we can’t yet welcome the number of customers needed to run our service sustainably, and our current period of suspension will be continued into July.

There are five trains on Saturdays and four on Sundays but all at different times -  there is no daily pattern.

But the trains look very smart.

Just a simple but distictive livery that will stand out at stations and en route. 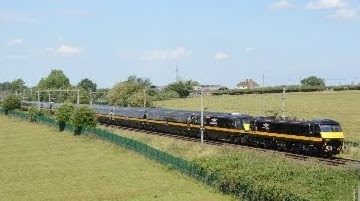 LNER please note - NO SWIRLS and no boring white. 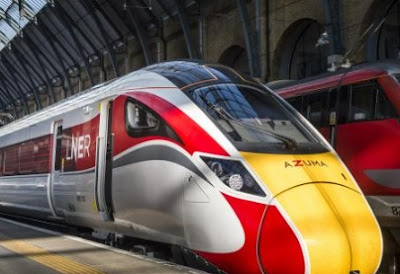 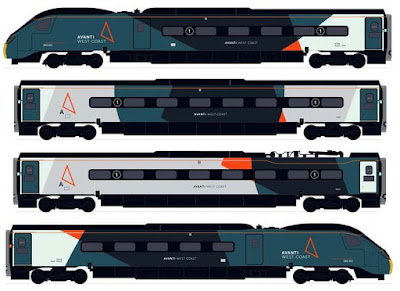 Captain Tom's Loco Collects The Lolly
A few weeks back, Hornby announced that they were making a limited edition version of their class 66 freight loco in the special livery to celebrate the fundraising of Captain Tom Moore.
. 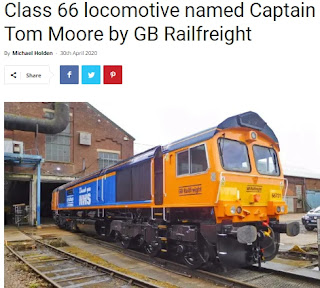 500 would be produced and there would be a donation to NHS charities from every sale. 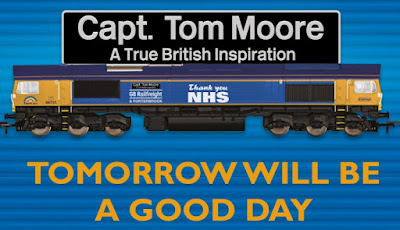 Interest was so great that after just over 24 hours the order was increased to 2000 models.

Welcome Back.
Slowly, specialist express services are re-appearing. With the opening up of tourism, we are beginning to see visitor and holiday attractions powering up for socially distanced business. So a hearty welcome to York's sightseeing tours from 11th July. 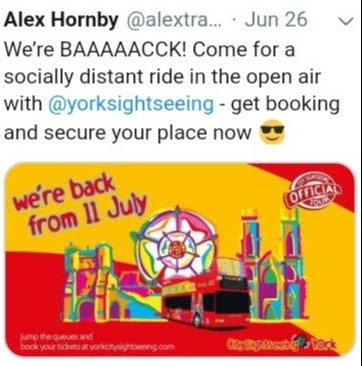 A measured and modest announcement, calm and collected,  from Alex Hornby! 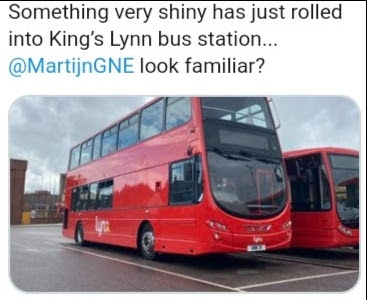 No, Lynx, it does not look familiar to fbb. And the registration is most definitely a tad on the weird side. UWW 3X?

The bus was previously grey, but still with the "cherished" registration. 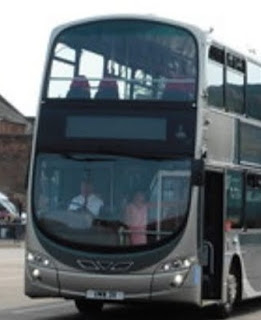 Thanks to the wonders of the interwebnet, fbb can reveal the previous holder of that mark.

Stagecoach in the Cambridge area. 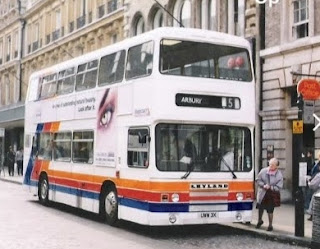 And before that Cambus, one of the privatised National Bus Companies ... 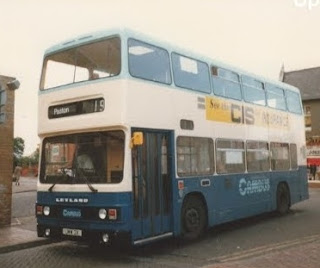 With a very un-NBC blind layout it had to have had yet a more previous life. It was actually new to West Yorkshire PTE and looked a bit like this. 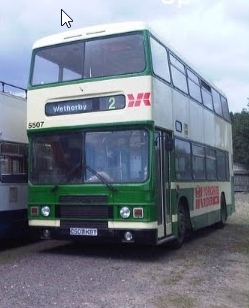 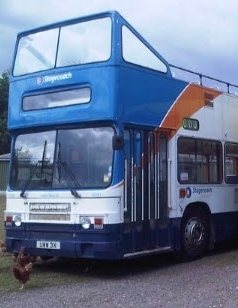 ... but fbb could not discern how Lynx got hold of the reg plate. 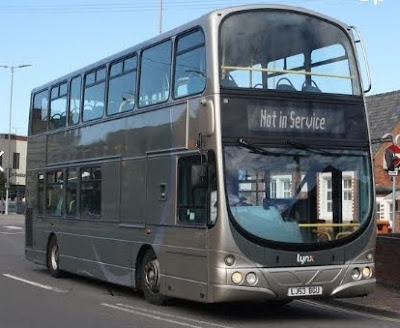 The colour grey with swirl should have given the game away. It originated in Reading ... 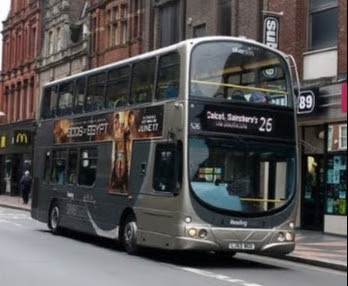 ... which explains the reference in the original Tweet. The tease is directed at Martijn Gilbert, former boss of Reading Buses, so it sort of makes sense.

Tomorrow we go to London, back to Porthmadog for breakfast, and politics in Manchester.