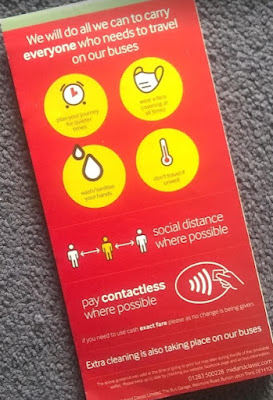 At least it is not an attempt to terrify passengers into some sort of gibbering compliance!  But is it really necessary to waste promotional space by adding information that every human being on the planet will have had thrown at them from every possible direction? Maybe the odd visitor to Burton who has just beamed down from the planet Zog might not know ....

One side of the leaflet is covered with the Midland Classic covid19 timetables from 15th June ... 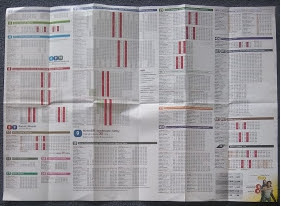 ... the reverse is packed with maps; and they are gorgeously useful maps as well. There are three. 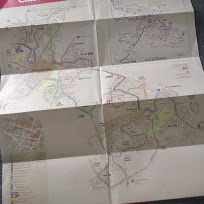 In no particular order of preference, there is a "long distance" route map. 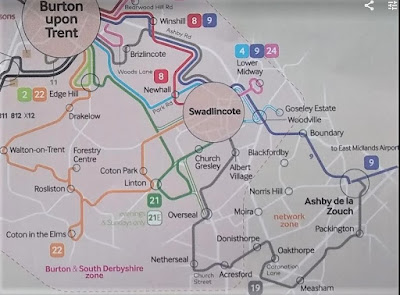 The main contenders are the 9 and wiggly 19 to Ashby de la Zouch and the fascinating 22 to Swadlincote.

Swadlincote's name is derived from the Old English Swartlings Cottas, Swartling being a man's name and cottas meaning cottages. Past forms of the name include Sivardingescote and Swartlincote. Local residents usually shorten its name to "Swad". The Domesday Book of 1086 recorded Swadlincote as a small manor. It was part of the parish of Gresley (latterly Church Gresley) until the 19th century.

We will look at routes and timetables in due course, but for now we glance at the Burton on Trent centre map showing the various bus stands. 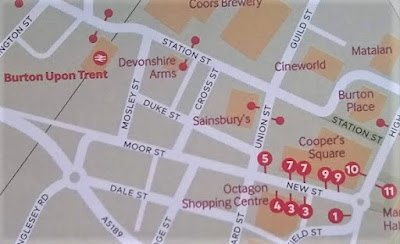 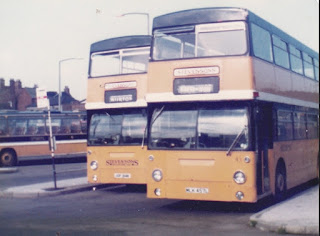 ... the closest the town got to a bus station? Sadly it seems to have been expunged from history, both as a bus station and as a location name. There is no sign on any map and, even worse, fbb cannot remember where it was!

Near the centre map is a full list of buses serving Burton ... 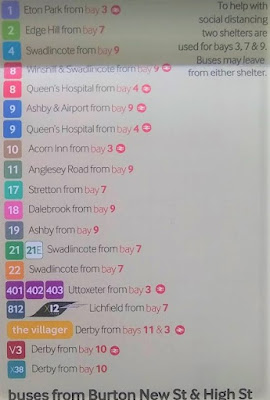 The main map shows, in considerable detail, the network in Burton and Swad. 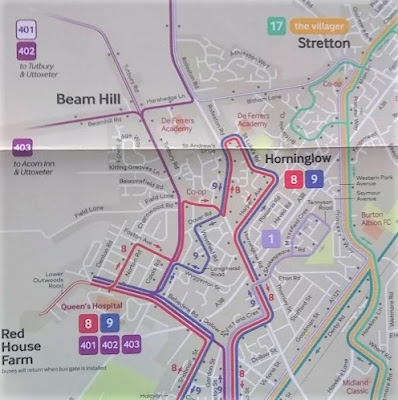 The colour coding is well thought out and a good selection of roads not served by bus have their names in full to give context. All stops are shown as a small grey dots.

This is a magnificent production for a small-ish company and puts some of the puny efforts of the larger groups into the pit of shame. Well done Midland Classic.

But, hang on a sec, there is something very weird here.

Since when did midland Classic operated the Villager? 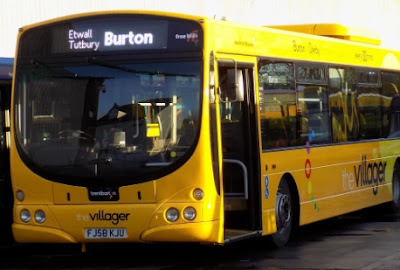 That is a  TrentBarton operation ... 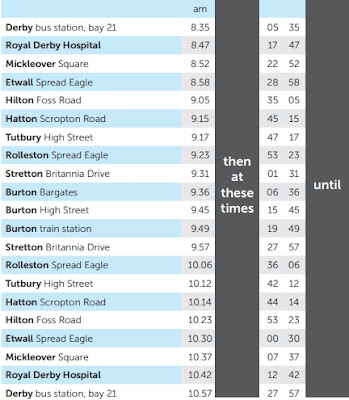 ... and we saw in yesterday's blog that Arriva and Trent run the X38. 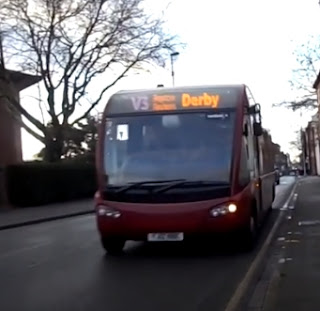 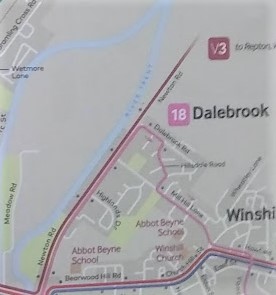 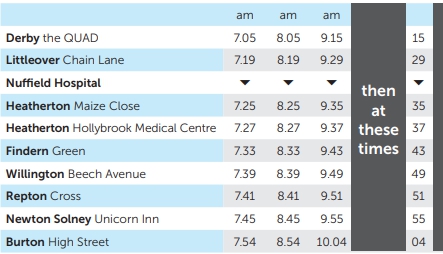 Historically the Villager routes were the home of independent and much loved operator Blue Bus (Tailby and George) of Willington. The company ran mainly Daimlers, always clean and shiny, on routes via Willington (as with V3)... 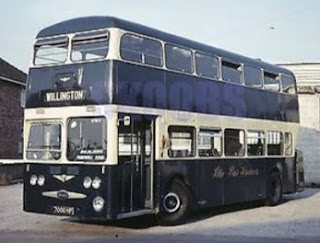 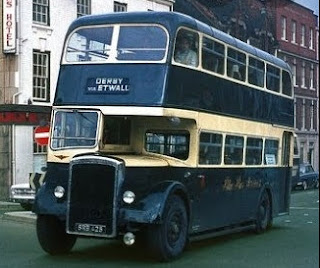 Blue Bus sold out to Derby Corporation and the privatised Derby sold out to Arriva which gave up the routes in favour to Trent.

Whatever the history, these are not Midland Classic routes. A panel on the map explains this succinctly. 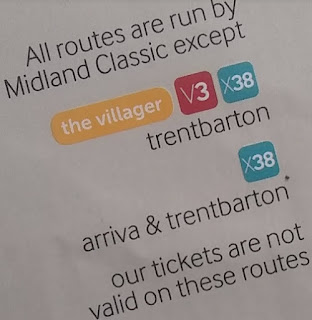 But it is really refreshing to see an operator offering its customers a map of the full network, even those services which it does not operate. Maybe they wouldn't be quite so keen if the services were in direct competition.

Would the map show Arriva's half hourly 29 were it running between Swad and Burton?

Which is isn't, despite Arriva's heading.

Tomorrow we look at a few of Midland Classic's timetables.

TODAY - History At Boston Lodge
From Northampton correspondent Alan comes this important piece of news from the Festiniog Railway.

In 1863 the Ffestiniog Railway received its first steam locomotives, four engines manufactured by George England In New Cross, London.  They were named The Princess, The Prince, Mountaineer and Palmerston. 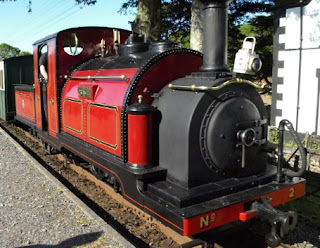 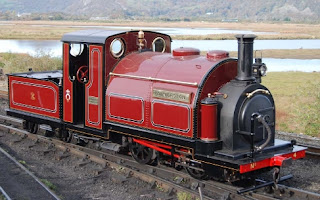 Palmerston and Prince are still working today and Peco and Kato have announced a joint 009 scale model of Prince, due in 2021. 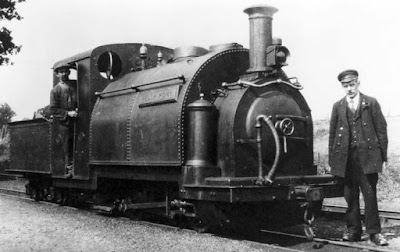 Welsh Pony has not run since sometime before 1940 – until tomorrow!

On Saturday 27th June 2020 Welsh Pony will be steamed for the first time in 80 years following a substantial rebuild.

This steaming is set to be shown live on-line on the internet from 10am on Saturday 27th.

In celebration of this moment an original unique painting of Welsh Pony is being auctioned on Ebay to raise funds to cover the final work on the locomotive.

There is also a souvenir mug available for purchase from the Railway’s shop.

Below are links to the events listed above:

The schedule will be as follows, provided all goes to plan with the loco:

Boston Lodge depot is NOT open to the public - hence the internet streaming of the steaming instead of just dreaming of the gleaming loco seeming like it's beaming (if the rain's not teeming)!

More from Burton tomorrow - plus other stuff.