Bishop William St Carileph, 1081-1096, became first head of the County Palatine of Durham. His Palatine was a virtually separate state, a kind of defensive `buffer zone' sandwiched between civilised England and the often dangerous Northumbria-Scottish borderland.

The "Prince Bishops" of Durham were thus given powers enabling them to:-
hold their own parliament
raise their own armies
appoint their own sheriffs and justices
administer their own laws
levy taxes and customs duties
create fairs and markets
issue charters
salvage shipwrecks
collect revenue from mines
administer the forests
mint their own coins.

They lived like kings in their castles (palaces!) at Durham City and Bishop Auckland.

Had they been ruling today, they would have definitely run the buses!

But this does explain where the branding for GoAhead's service 20 came from. 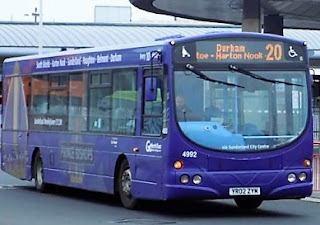 In the early days its logo was obviously a Bishop's mitre. 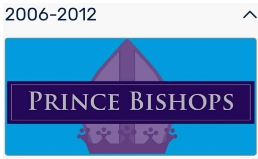 For the benefit of our non-ecclesiastical readers, the Bishop's ceremonial titfer (called a "mitre", historically meaning "turban") and its shape represents the anointing of his reverence by the "tongue of flame" as in the gift of the Holy Spirit to the disciples on the Day of Pentecost (a k a Whit Sunday).

GoAhead's mitre deteriorated over the years ... 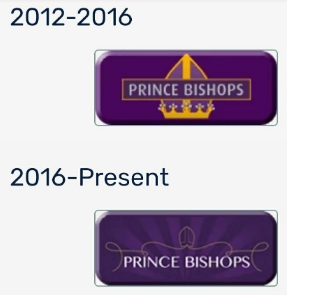 ... until it is now a feeble gold squiggle almost overwhelmed by some equally feeble rays emanating from the name. 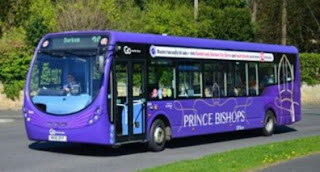 The 20 and its variants run from Sunderland to Durham. 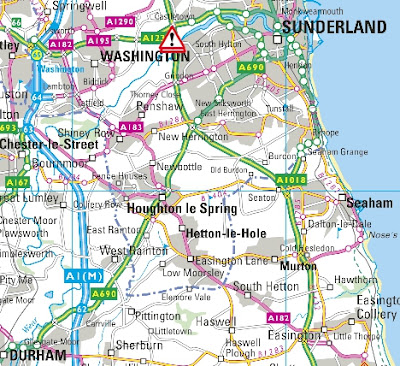 There have been several re-jigs of the timetable ... 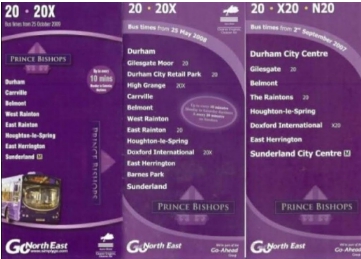 ... but until recently the service ran every 10 minutes with variation at Houghton-le-Spring. 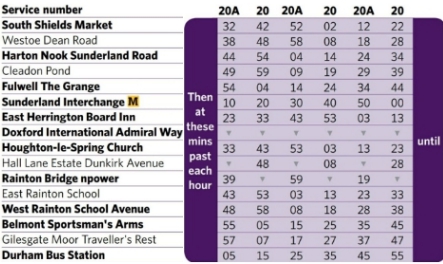 But note, however, that, at peak times, some journeys ran limited stop as X20 ... ... between Rainton Bridge and Durham, saving 9 minutes over the all stops version. 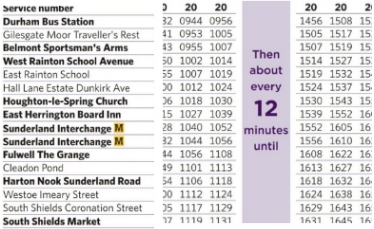 ... with the 20A route being covered by the newcomer.

The new X20 is the second service to carry the Xlines brand. 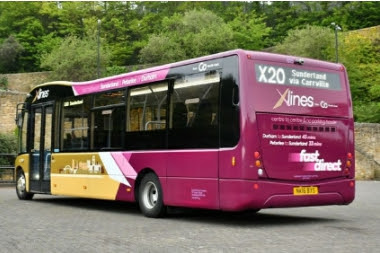 It runs every 30 minutes (so Rainton Bridge has a worse service - previously every 20). 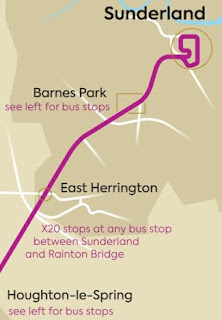 ... it has long sections where it makes no stops at all. 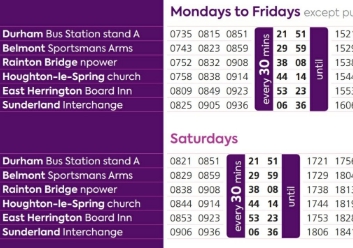 Although the X20 has its own separate leaflet, the times are also shown in the revised 20 publication. 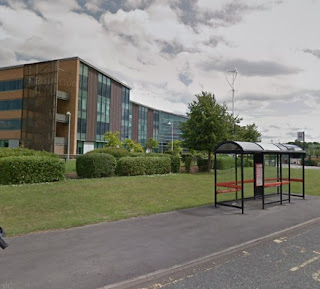 fbb was doubly excited to see, according to Google Maps, ... 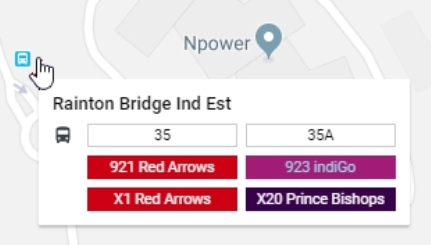 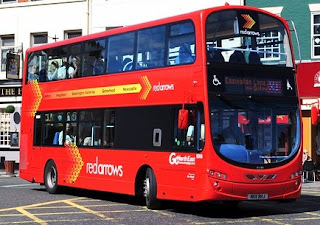 No, it doesn't really.

One evening trip diverts there, presumably at shift times, and the Red Arrows 921, although carrying the brand, is merely a "works" service. 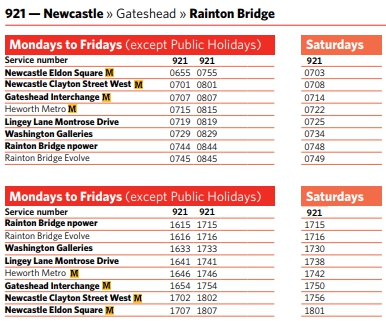 Perhaps a mis-use or dilution of the brand?

It is unlikely that the X1 will get the X-lines treatment as it is not very "X".

It will be interesting, however, to see whether real "X for express" services catch on. The two new examples (Lothian Country and Go North East) may be setting a trend?


Next Chesterfield blog : Thursday 30th May
Posted by fatbusbloke at 02:00