A Perplexing Problem in Paisley (4)

Where EXACTLY Does it Go?

McGills run buses from Nethercraigns to Inchinnan depot in service and, as the daytime route runs every 7/8 minutes Monday to Saturday, there are plenty of them. This information is not shown on the leaflet cover. 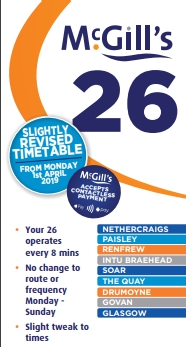 But all these journeys do appear in the printed timetable pages. 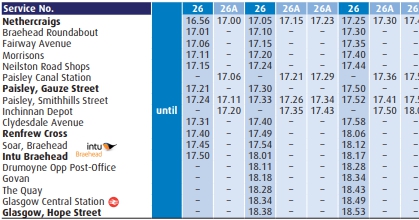 It would seem obvious that these buses have arrived at Nethercraigs as service 26 and the timetable confirms that, without any layover, they whizz back to depot; as seen below with Nethercraigs arrivals ... 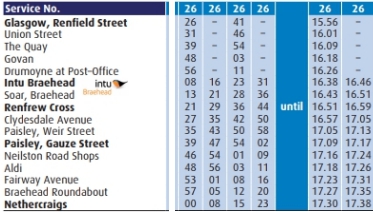 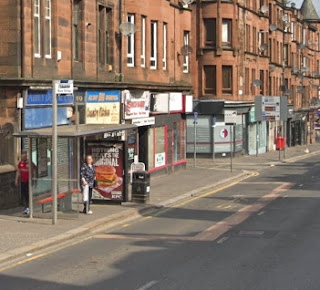 ... BUT, untimed, the 26s stop there as well. Why the inconsistency?

Google Maps confirms that the 26A journeys run direct via Stanely Road, Park Road and Calside ... 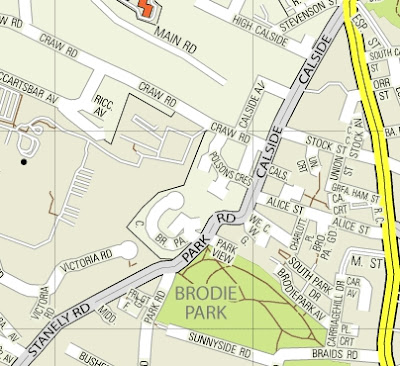 ... before joining the 26 at the junction with Neilston Street. 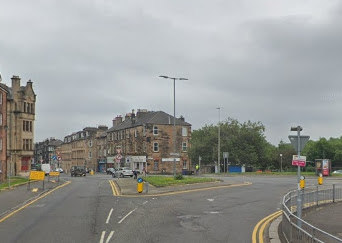 Surely a "point time" for the 26A on Stanely Road would be more helpful?

Next our mystery depot journeys are timed at Smithills Street. Why not call at Gauze Street just like the 26s? Well, according to the omniscient Google ... 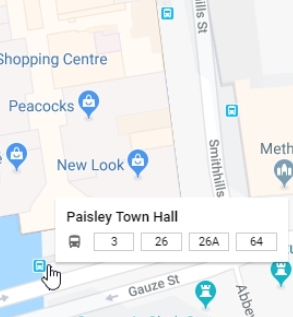 ... they do. There is no map mention of a 26A calling at any of the northbound stops in Smithills Street.

From there, the 26A route is a mystery as nothing is given until Inchinnan depot. But Traveline comes to our rescue.

It shows the 26A as a completely separate service and, as usual, has an all stops version of the timetable. 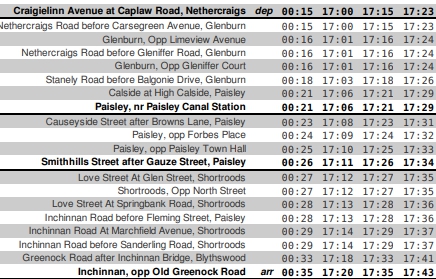 After stops at Paisley Town Hall (that's Gauze Street) it does show a call at Smithills Street "after Gauze Street", then Love Street At Glen Street Shortroods. It must follow the one-way system past the back of Gilmour Street station ... 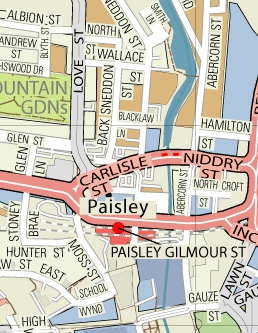 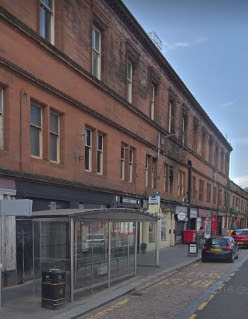 ... and calls at the first stop on Love Street. 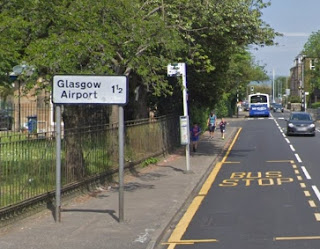 fbb would prefer Fountain Gardens as that is easier to spot, but Traveline is fixated on street names, even if they are easy to miss! The name board on Glen Street is, in true pantomime style, "behind you" as your 26A whizzes past. 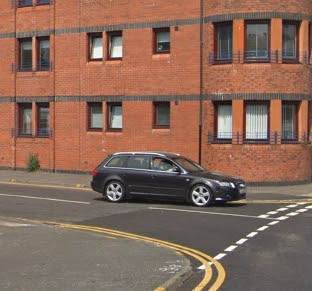 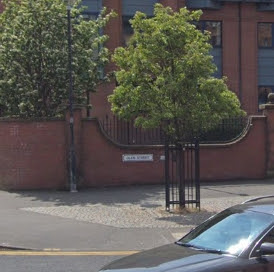 But, sadly, this travel opportunity is not shown on McGills leaflet map ... 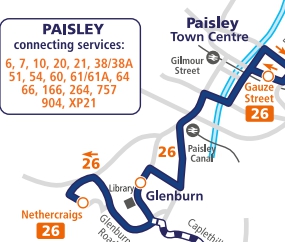 ... remembering that Gauze Street is plotted in the wrong place!

But are McGills missing a trick? Surely, if 26A buses run back to town, they will provide additional journeys from stops on the outward route. Here is an fbb cobbled timetable extract showing how it might be presented.

fbb further suggests that it be given a "proper" route number (27) and that the blinds be changed to "27 Paisley and toInchinnan" soon after departure from the Paisley Canal stop. It would certainly fill some chunky gaps in the post pm peak timetable to get Glenburn folk back into town.

fbb has brought together his various discoveries and suggestions in a re-draw of McGills FWT commissioned map. 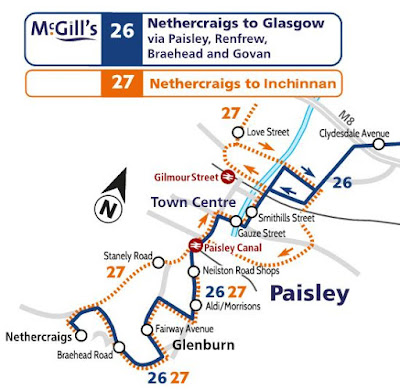 Things to note are as follows:-
26A renumbered to 27 and shown dotted orange
27 on the map matching fbb's suggested timetable
27 given a proper heading
Place names matching those shown on the timetable
Gauze Street moved to the correct place

But we are left with one final puzzle. Which way does the 26A (fbb's 27) go when running from Inchinnan to Nethercraigs. 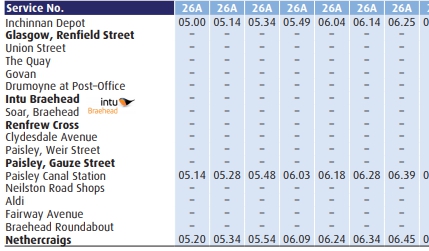 IF this is correct it would mean that there is no Paisley Town Centre stop for buses running from Inchinnan to Nethercraigs (and to to Glenburn destinations).

This is confirmed by Traveline. 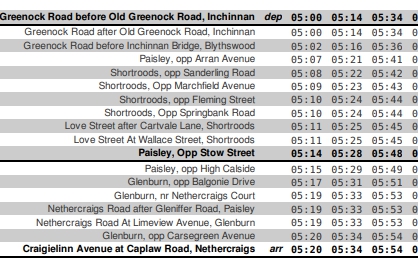 Stops are shown at Love Street (as in the other direction) the nothing until "Opp Stow Street". This is doubly daft ... 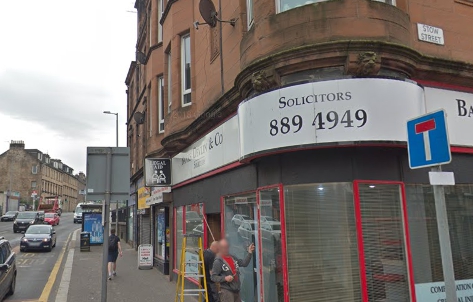 ... as it is the Paisley Canal Station stop and it isn't opposite Stow Street, but just visible lower left on the above view. 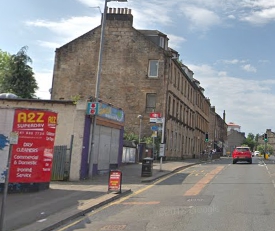 If this information is all correct, the southbound 26A (fbb's proposed 27) does miss out the town centre which probably means it stands almost no chance of carrying any passengers! The timetabled route is guessed at by fbb's circuitous dotted line with arrow pointing vainly towards Nethercraigs.

Yet again, journeys included for the operator's convenience are something of a mystery to anyone other than a regular (or brave experimental) passenger.

McGills comes over as a good operator (much better than its ailing predecessor) but the devil is, as ever, in the details and timetable and map presentation could be so much better.

And now for something completely different!
fbb occasionally buys model railway stuff from Hattons of Widnes. One of the things that the company does is to provide modellers with various bits of information and guidance to help them with their layouts and, presumably, to encourage them to spend even more money!

But fbb was bowled over (not literally, fortunately) by their latest informative essay. Old codgers will remember the diesel locomotive originally designated Brush Type 4, later class 47. First introduced in 1963, they looked like this:- 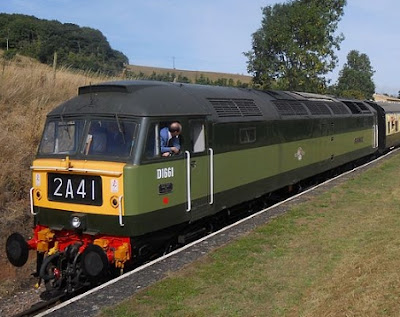 The question which obviously intrigued the enthusiasts at Hattons was to record all the different liveries that various of these long-lasting locos have worn. The results are astonishing. 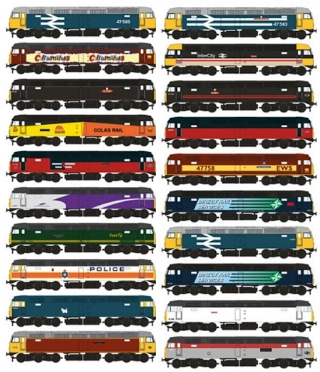 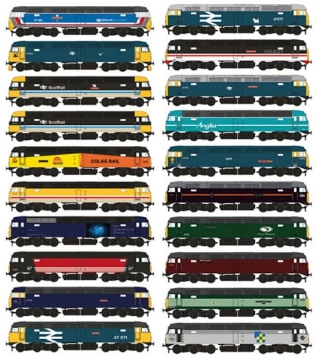 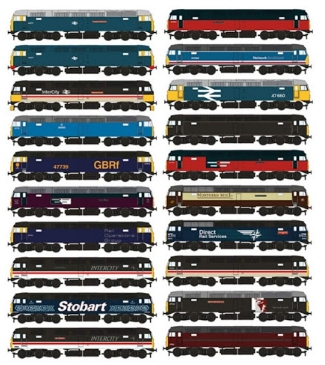 70 varieties! Erm? Where's the original two-tone green? Or it shown with the lighter green made very pale? Sone of the differences are very subtle, suitable for real "anoraks", but fbb does wonder whether anybody has collected a full set of models in every possible paint scheme.

And, no - fbb will not be starting!

Next weekend wonderments blog : Saturday 11th May
Posted by fatbusbloke at 02:00