A Perplexing Problem in Paisley (2)

We can quickly resolve the questions posed at the end of yesterday's blog about McGills frequent service 26; in particular its Paisley Local section from the town centre to Nethercraigs.

And why is there an arrow on the 26 near Nethercraigs? 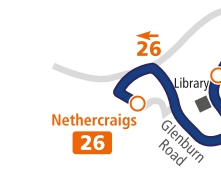 Answer : it shouldn't be there. Buses run to and from the Nethercraigs terminus - there is no loop. Perhaps there was one in the past and an arrow has appeared on an old map and not been deleted?

And which buses run along Caplethill Road? 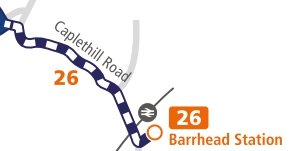 The answer is NOT the 26, even occasionally! 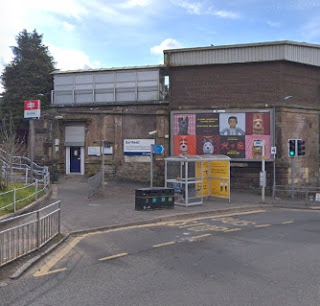 ... whilst a 52 calls at the newer station building on the south side. 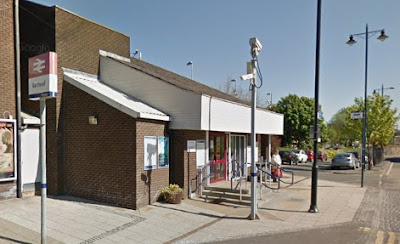 It looks as if McGills have re-used an old map (cheap?) rather than pay for the corrections.

But that does NOT explain the Gauze Street problem. 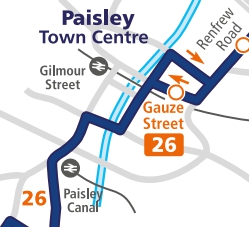 fbb's first reaction was that he was being stupid! Second consideration was that the railway had been mapped in the wrong place. But then the old gaffer switched his brain on and remembered that Gauze Street stops ... 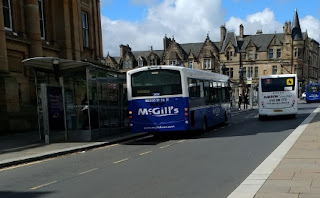 ... are located on a bridge/culvert over the White Cart Water, next to the imposing Town Hall. 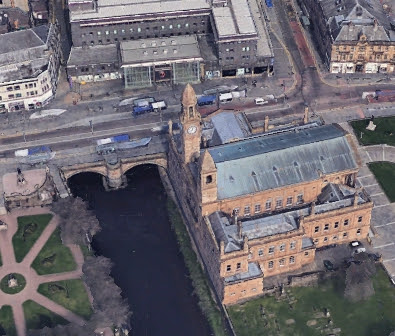 So the Gauze Street "blob" should be on top of the river to the left of the orange 26. The stop marked Gauze Street is actually on Weir Street alongside the railway viaduct. 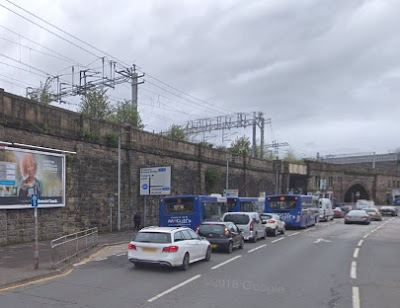 This bludner is doubly unfortunate as, apart from being wrong, it only serves buses going to Nethercraigs. Buses towards Braehead and Glasgow have no equivalent stop on the one-way route; you need to go to the first stop northbound on the Renfrew Road.

Now we move to the Sunday service. This runs in two overlap[ping sections; Nethercraigs to Braehead and Paisley to Glasgow each every 20 minutes giving a ten minute headway between Paisley and Braehead.

Or does it? Look closely and you will see ... 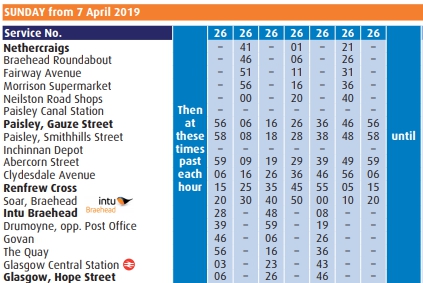 ... that buses from Nethercraigs terminate at Soar (the ski and leisure centre) and never make it to Braehead. 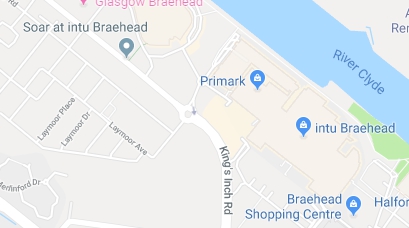 You have to assume this is a mistake as they all depart from Braehead to go back to Paisley at a superb every ten minutes. 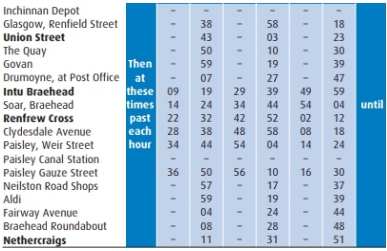 Tomorrow we will resolve the difficulty of a long line of dashes against Inchinnan depot and Paisley Canal Station; the latter being odd because, as we have seen, ALL 26 journeys call at Paisley Canal.

Starting an "O" gauge layout?
In the last few years there has been a huge explosion of new ready-to-run models on "O" gauge - that's 7mm to the foot. This was, nominally at least, the scale of fbb's first tinplate toy train. 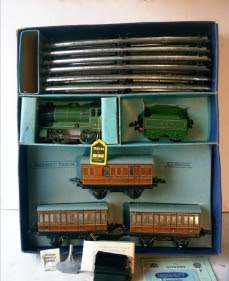 Modern O gauge is quite different. The locos and rolling stock are to correct scale and ludicrously realistic. They are pricey, but a lot less pricey than they used to be from very specialist manufacturers.
The company Rails of Sheffield is building up a reputation for discounting its products.

Here are two on offer today. 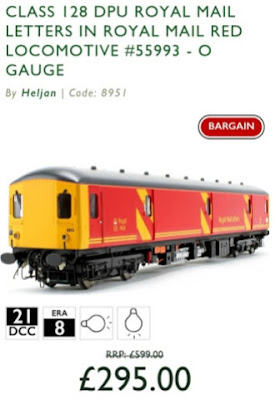 The parcels diesel is bright and cheery although a rather esoteric model. In real life they were rare! More common in usage, if not in number, is the humble diesel shunter. 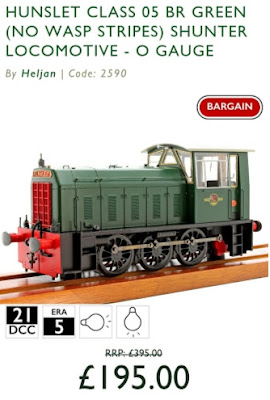 Roughly HALF PRICE! Such a bargain would be an ideal way, with a few wagons, to start a cost effective but small O gauge layout.

But if such cheapo products are beneath your modelling dignity you can still pay much more from specialist companies. Their locos are usually dubbed "museum quality".

Here is an the prototype of an O gauge GWR pannier tank from Masterpice Models ... 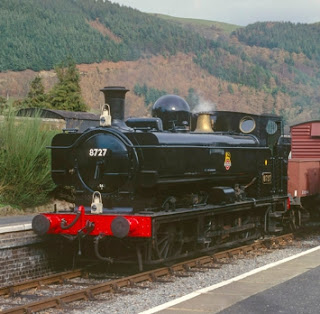 
Next Perplexing Paisley blog : Thursday 9th May
Posted by fatbusbloke at 02:00