Now We Proceed to the Banks of the Tweed (3)

Galshiels (Gala to the locals) has a population of about 12,600, similar to Bridport a few miles east of fbb's Seaton. Bridport has a bus station - sometimes called its "Coach Station". 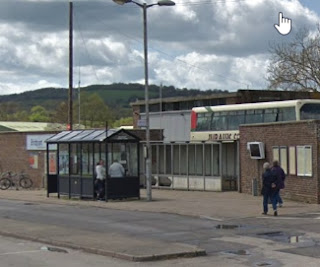 It does have toilets ... 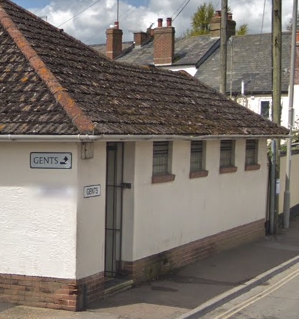 ... and Domino's Pizza across the road. 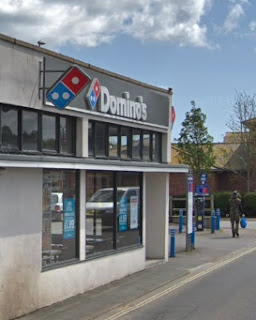 Bridport no longer has trains, but when it did, they were at the opposite end of the town. 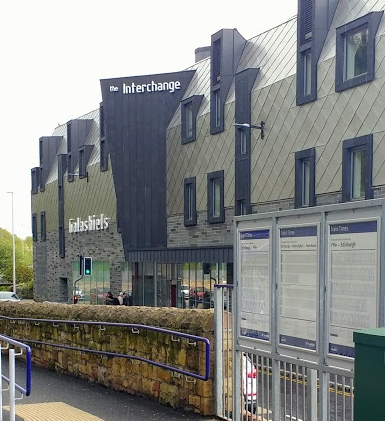 ... literally across the road from the single platform station; at which fbb arrived, having travelled back from Tweedmouth. 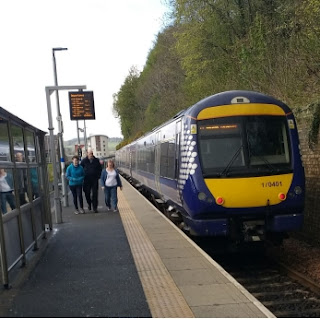 The road crossing is pelican protected  - necessary because it is quite busy. 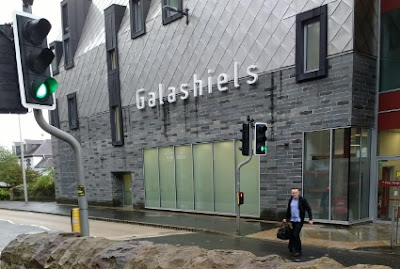 Once inside, fbb experienced one of the best (surely THE best) small-town bus stations in the UK. Seven departure stands are provided ... 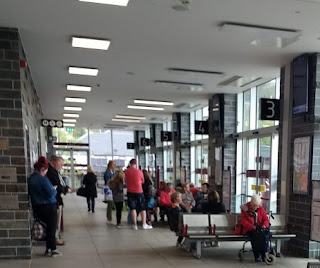 ... which means that, breaking all the rules of modern bus station construction, it is actually big enough for ALL the services that use it. Someone must have made a mistake!

It was Saturday afternoon yet, again breaking all the rules of similar establishments, the excellent enquiry office was staffed with a real live person.

It had a full rack (plus shelf addition) of leaflets ... 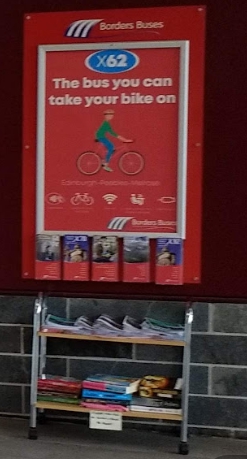 ... a rail timetable poster AND a defibrillator!

The information "hub" could not have been more obvious! 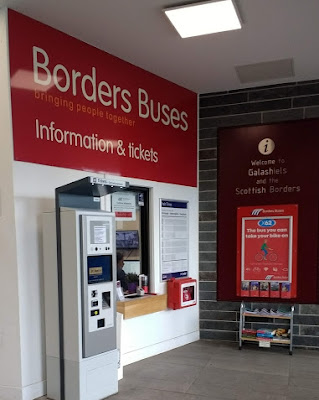 And that white machine to the left of the window will sell you a bus ticket before you board.

But for a peckish fbb (isn't he always?) the best bit was the caff - again open! 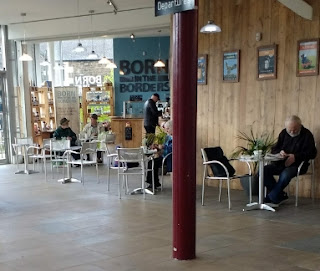 Comestibles were gleefully purchased as below:- 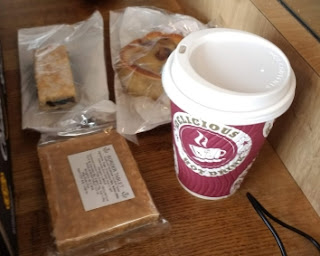 A cuppa, a bar of "tablet" as a gift for Mrs  fbb, a fruit slice (packed with fruit) and, skulking behind the tea mug, a scotch pie. These usually consist of an empty pastry case with a thin smear of what might have once been meat, strongly flavoured with pepper. But this one was packed with filling, served hot and utterly delectable. It needed great strength of character NOT to buy another and trough it equally gleefully.

Sadly, fbb has one big complaint about this magnificent facility, and, as you might expect, it concerns the "facilities"! 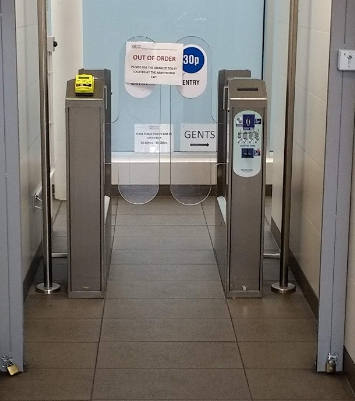 Surely, in this "inclusive" age, charging six bob (30p) for a pee is totally unacceptable. Even the evil rip-off National Rail (50p at Victoria!) has now made its toilets completely free! The argument that charging helps reduce damage an vandalism is oft proposed. The reason for non-operation at Gala, fbb was told, was ...

The entrance from the bus station is, effectively, the back door; whilst adjacent to the caff is a wide paved front entrance ... 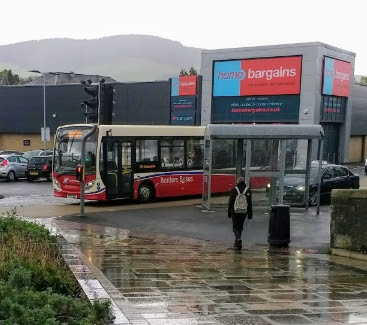 ... leading to the town. And another serious design malfunction compared with elsewhere - the buses are closer to the trains than the taxis!

Pedestrianised shopping is not far away. 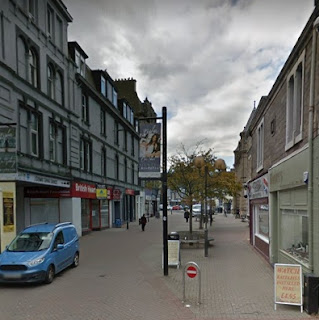 The original railway station was on a different site ... 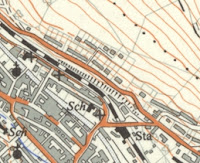 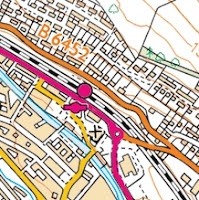 ... now subsumed by a revised road network and ASDA's car park. It was a piece of delightful architecture ... 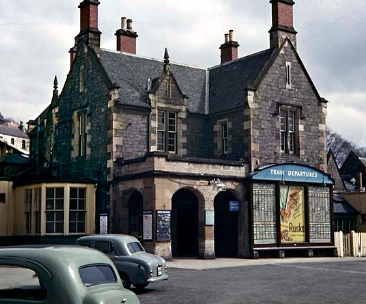 ... with an intriguing departure board. Can anyone elucidate?

In case you wondered, the upper floors of the new interchange offer office space for commercial rent plus, fbb believes, some staff facilities for the bus companies.

Tomorrow we turn to Gala's buses and their publicity, printed and on-line.