Underground, Overground, Wherever We Be? - 3

Underground Maps - Last Words?
The mysterious Mr Sameboat has made some very interesting changes to the central area of his revised Underground map. The shape of the non-circling Circle line is quite different from normal, becoming a dented diagonal oval. 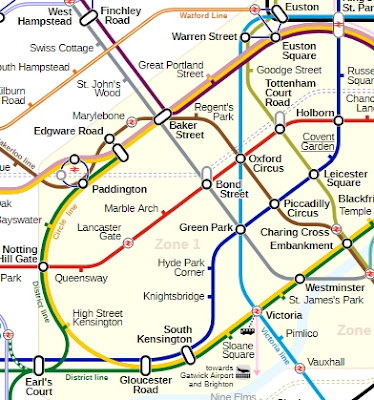 To the west, the oval has a little excrescence added in a similar orientation to the current diagram.

Although no walk-route link is shown in the Paddington area, Lancaster Gate, apparently, is (or has access to) a National Rail station. We know from the TfL connections map that this involves a shortish toddle to the GWR terminus. 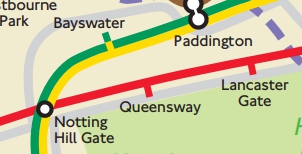 One thing Sameboat has done, somewhat prophetically, is to separate the two "branches" of the Northern Line. This idea has been talked about for many a long age, but is still not completely implemented. This proposed map has a mud green colour for what we old crusties used to call the "West End" branch, leaving the traditional black colour for the route via"City". 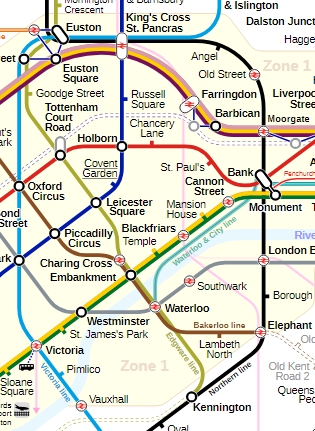 He has renamed the "West End" bit as "Edgware Line" which makes sense, although changing the name of an Underground Line is risking a civil war and pitchforks at dawn in the streets of London.

But, talking of names, our chummy but mysterious cartographer has given separate appellations to the various bits of the Overground. 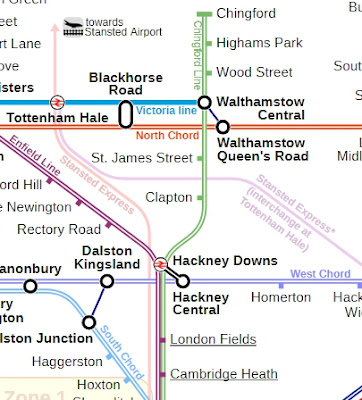 The Enfield and Chingford lines are named sensibly but the "chords" are more controversial. For those readers who are befuddled, fbb will translate - and add his own, equally controversial, suggestion.

Neatly this would leave "Orbit West" for the proposed West London Orbital from Hounslow and/or Richmond via Dudding Hill to West Hampstead and/or Hounslow. There is a weirdness in the use of "Stansted Express" which fbb does not really understand.

The "Met" diversion at Watford is shown as proposed ...

... as is the Bakerloo to Lewisham.

A selection of National Rail lines is shown in pastel colours with broad-brush names ... 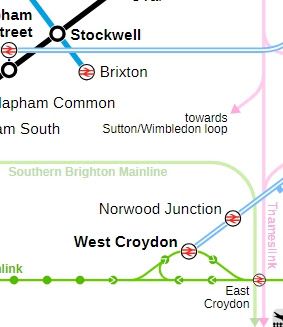 ... which includes Thameslink, When the map was first presented (way back in 2015), the London Bridge to Blackfriars bit was closed, so the useful cross-London route is not shown helpfully. Currently, Transport for London has no intention of showing the frequent Thameslink route across the centre of the City although it is a useful and fast(er) cross-London link with a frequency less than four minutes.

The full list of specific named lines is shown in a key. 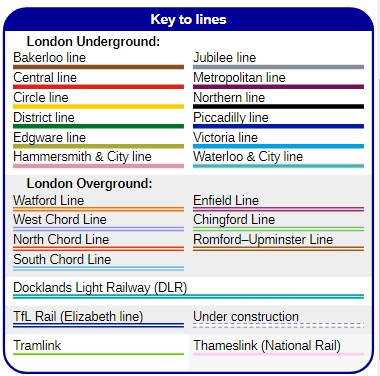 All very interesting, but there seems to be no keenness to create a properly integrated network for London and, therefore, not need for a complete diagram.

Surely, London should be at least working towards one simple rail network with a simple fares system for all passengers. Whilst Oyster/Contactless make buying tickets easier, especially with the daily "cap", it merely papers over the glueing together of two separate fares systems and the wealth of anomalies that this causes.

Press Once For Fake News?
A couple of days ago, this headline appeared in the Sheffield Press (The Star).

Rather than send a real live reporter to report, the hack included a chunk from Google Streetview of Olive Grove Bus Depot, complete with First bus. 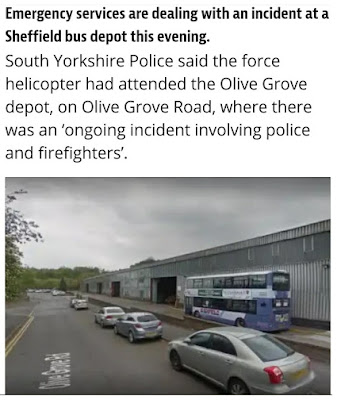 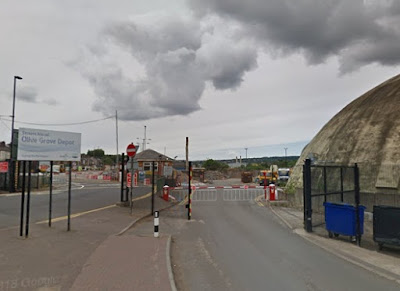 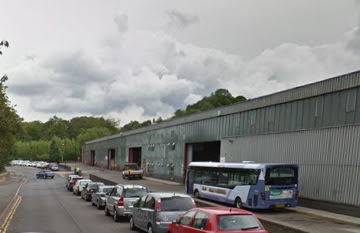 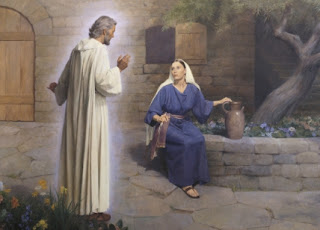 Mary was deeply troubled by the angel's message, and she wondered what his words meant. The angel said to her, “Don't be afraid, Mary; God has been gracious to you."

You will become pregnant and give birth to a son, and you will name him Jesus. He will be great and will be called the Son of the Most High God. The Lord God will make him a king, as his ancestor David was, and he will be the king of the descendants of Jacob forever; his kingdom will never end!”

The angel answered, “The Holy Spirit will come on you, and God's power will rest upon you. For this reason the holy child will be called the Son of God."

But there was one huge problem.

She was already betrothed to Joseph.

In modern Western culture, there is a clear distinction between betrothal/engagement and marriage.

In the cultures of Bible times, the distinction was much less definitive. Betrothal in most eras of Bible history involved two families in a formal contract, and that contract was as binding as marriage itself. Betrothal then was more of a business transaction between two families than a personal, romantic choice. Dowry or bride price agreements were included, so that a broken engagement required repayment of the dowry.

Effectively, Mary was almost married when she met the angel.

After betrothal, all that remained were three matters: the wedding celebration, the bride’s move into the groom’s house, and the consummation of the marriage. 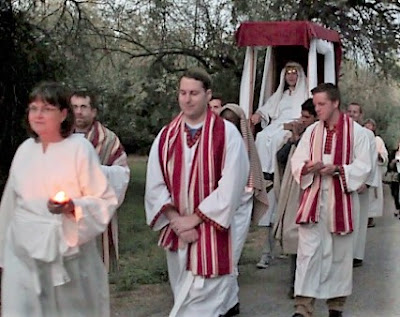 But God had thrown a sexual spanner in the works.