... Mainly NOT Seasonal
Those Were The Days (1)

fbb has no idea when this snap was taken, but it is a bit of a shock for those who think that self service ticket machines are something of recent origin. Many of us will remember these ... 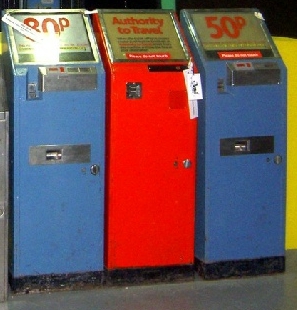 ... delivering a single priced fare. But few will recognise this beauty ... 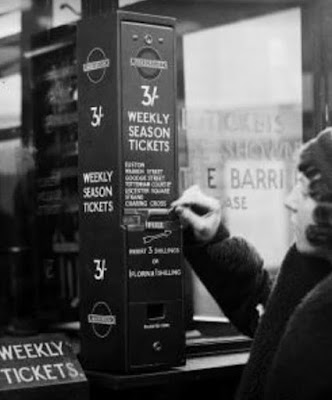 ... dating, perhaps from the very early days of "The Underground" as opposed to the separate companies. What would the single fare have been? Four old pence, perhaps. Can any one date this accurately? 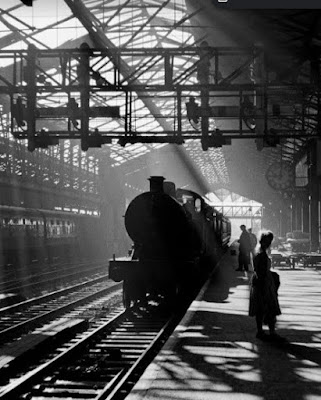 there is something very evocative about pictures like this from the age of steam. We quietly forget the smell, the noise and the all pervading blackness of the soot which got everywhere! Arriving home after even a short steam-hauled journey (e.g. Northampton to Euston and back) the youthful fbb was always sent to wash hands and face before appearing at even a snack meal.

The colour of the water proved that it was very necessary!

Does anyone know where it is? The on-line source did not tell.

Announcements On Trains
Many passengers are irritated by the plethora of interruptions to the comparative tranquillity of many train journeys. "See it, say it, sorted" might well be "See it, say it, shut up!". But here is a posted notice which just amused fbb. 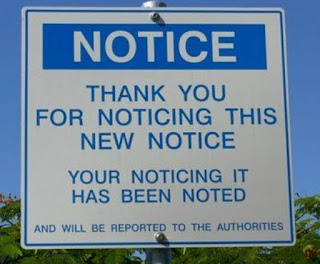 You do wonder whether anyone would notice if the guard ("your train manager"?) were to announce, "your next station stop will be Hogwarts Central where connections are available for fast services to the Planet Zog."

As a child fbb was amused by this (hopefully fake) sign purporting to be on the Moors above Sheffield.

Lincoln Addendum
On his recent visit to Lincoln, Roy of The Rovers Sheffield cam across this map of the City. 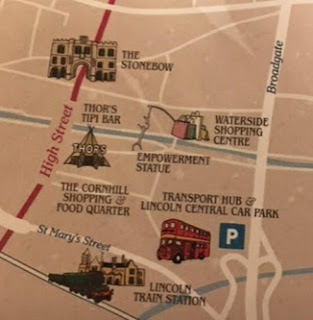 Check out the bus! Did Lincoln City or Lincolnshire Road Car ever run anything that looked remotely like this? And when did steam trains last serve the train station.

And there is an apology from fbb - yet again. In previous blogs he referred to Lincoln Bus Station. But there is not such place. According to the map, this splendid edifice ... 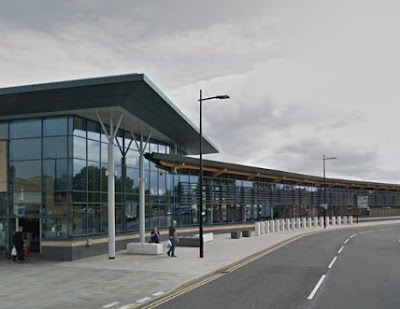 ... is the Transport Hub! Sadly for the map's designers, the huge sign on the building thinks differently. 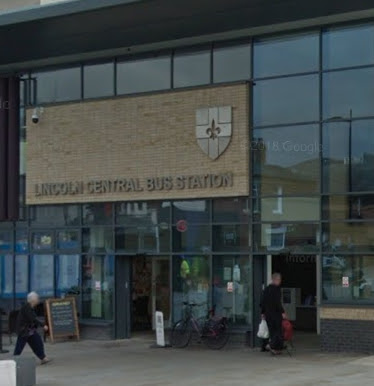 fbb Thinks He Knows  ...
Another on-line oddment. Being roundly unfamiliar with Cyrillic orthography, you author is unsure of his facts. But this ... 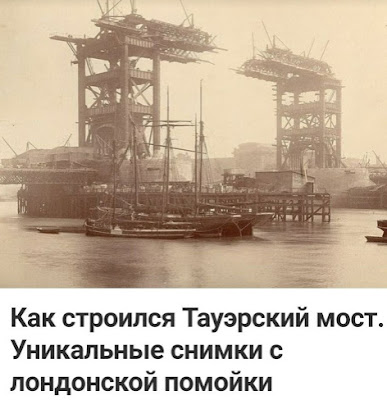 ... is Tower Bridge under construction.

As we gaze on this iconic London Landmark ... 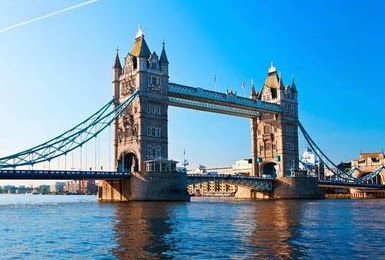 ... we tend to forget that it is an all-girder construction with stone glued on. 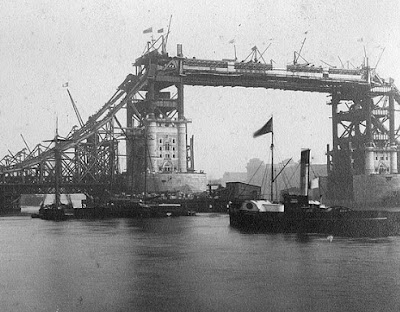 A Seasonal Apology - The Usual
As you esteemed author struggles with a relatively busy "retirement" 9guffaw, guffaw) and the challenges of advancing years, whereby the needle on the energy tank indicator drops into nearly empty a lot sooner than it used to, reductions in blog quantity (and quality?)may occur over thefestive season.

Normal service will be resumed as soon as possible.

-o-o-o-o-o-o-o-o-o-o-o-
ADVENT CALENDAR 17
While we wait in Bethlehem for the arrival of a gaggle of scruffy shepherds with a weird story of angelic choirs, we need to sort out a number of Seasonal traditions.

The traditional picture of Prince Albert, Queen Vic and a selection of delighted offspring ... 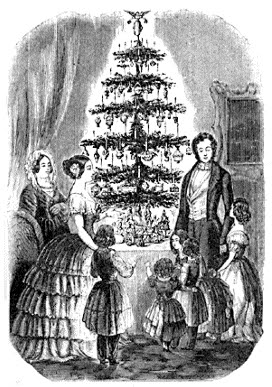 ... is know to be another bit of fake news. Also airbrushed into the "traditional" Christmas celebrations is the erroneous idea that the Royal Family first introduced the tree to England. They they popularised the idea is true, but the originator was ... 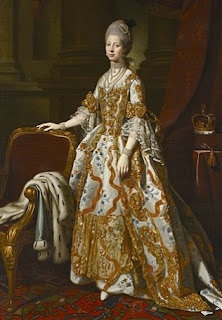 ... Queen Charlotte of Mecklenberg-Strelitz, wife of King George 111 (as in madness of). Charlotte and George had 15 children, of which 13 survived into adulthood-a busy and exhausted lady.It was she who imported the German tradition of a tree into England.

Of course, the evergreen pine tree is a pagan symbol. It represented the "hope" of a renewed life in spring and joins with The Green Man who morphed into Father Christmas.

The "Tree of Life" begins the Bible in the story of Adam and Eve; the "tree" of the Cross represents the Gift of Life through Jesus' willing self sacrifice - and the Bible ends (in the book of Revelation) with another life giving Tree, located in Heaven. 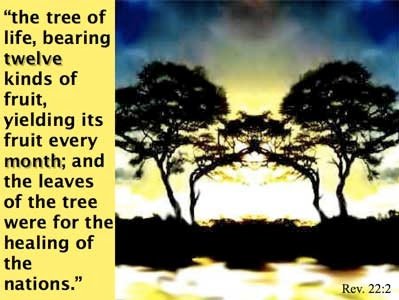 Three pwerful "pictures" which explain why fbb and Mrs are very happy indeed to have a Christian Christmas Tree each year. The present minimalist contender grows in a pot in the front garden. 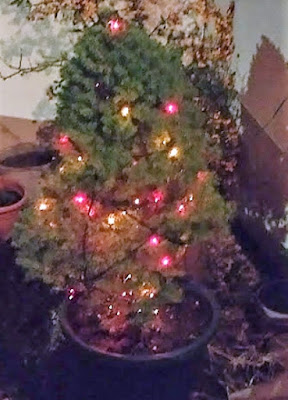 It's a bit wonky as it blew over in last week's gales!

next Bristol blog : Tuesday 18th December
Posted by fatbusbloke at 02:00