In recent weeks "Bus Butlers" have been doing the rounds with festive snacks and general Good Cheer. 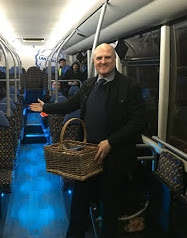 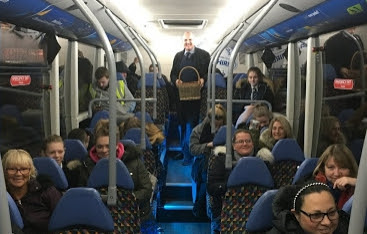 Such a simple idea. 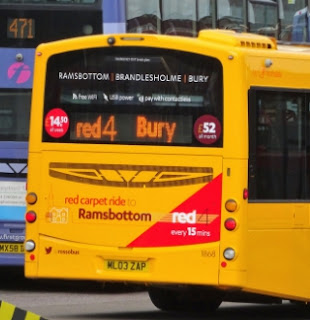 And an even better PR product. 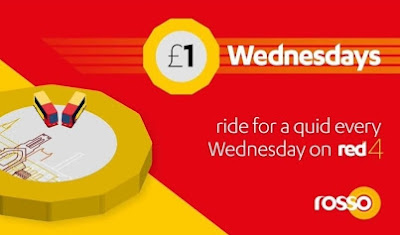 Red 4 runs every 15 minutes between Bury and Ramsbottom ...

... and for those who, like fbb's mother, regarded anything north of the Trent as a "funny northern place", here is an extract from Rosso's route map. (click on the map for a larger view)

Eagle eyed readers will note that there is no Red 4 on Rosso's network map! 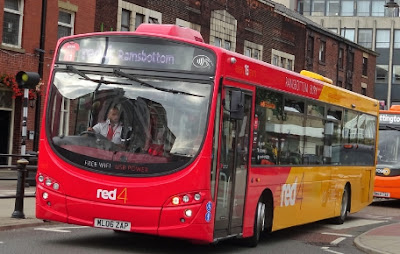 Not only that, but catching the Red 4 north to Bury to change on to the Red Express to Manchester, you then do an about turn and run south past Bury! 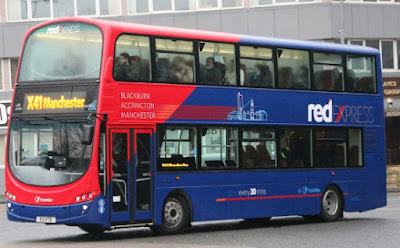 Under the Fearnley-owned Blazefield regime, the Red Express used to be a simple X41. 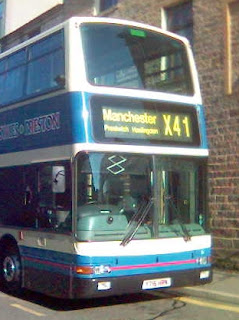 Presumably a run via Rammy and back on the Express is quicker than any other route to Cottonopolis?

The Wednesdays offer has now been extended to the end of January. 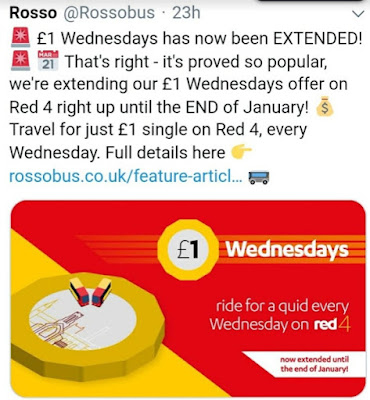 Good house points all round for Transdev - but an up-to-date map might help your PR!

And an excellent twit from the Harrogate bit of Blazefield. With the chaps and chapesses at Northern having their pointless Festive strikes, there are no evening trains on Saturdays. So ... 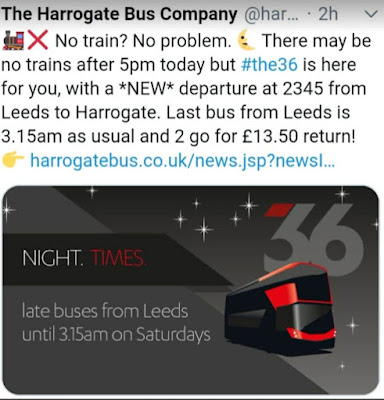 Lets hope the company has got some big big posters out and plenty of leaflets.

High Peak Twitterati
Good to see that the Centrebus company is joining with the Christmas Spirit on its twit site. 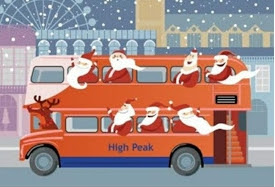 Good to see a sketch of their newly acquired Routemaster complete with fully opening windows,large enough to stuff Santa's head through.

Their Buxton Manager has donned a reindeer costume to add to the Festive fun.

Your author did refer to non-stop or limted stop tube trains in the past. Subsequently this old poster came to light. 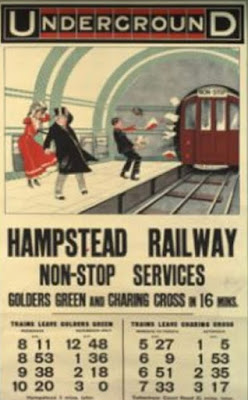 We now know the Hampstead Railway as the Northern Line.

Not a very "clean" reproduction but the right hand column of each pair of departure lists is for Saturday trains. Who says the Queue Busters are new news?

More From Filton Road
When checking through yesterday's blog, fbb noticed something a little odd. The "page name", a title which appears in the "tab" at the top of a browser page, of the U3 map bludner leaflet ... 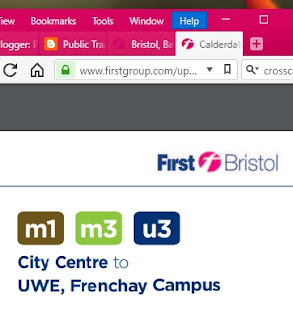 ... reads "Calderdale". Maybe the lads from Cleckhuddersfax were sub-contracted to draw the maps and what would they know about Filton Road? 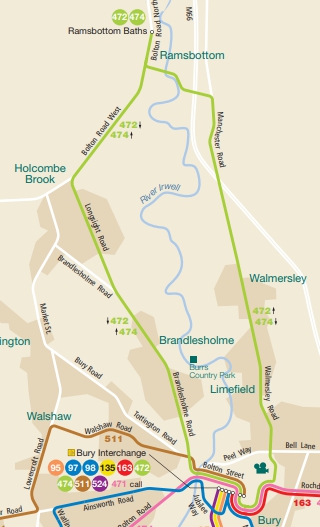 No idea, yet what will appear tomorrow!

Via Social Media, of course, and a major launch c/w booze and freebies at a most prestigious hotel. How about the Burj Khalifa in Dubai? 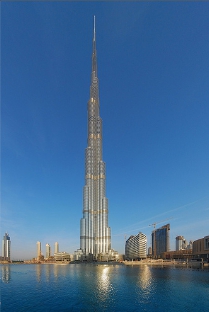 ... offers a fairly basic room for about £1000 for the weekend including breakfast! But surely it would be worth it for the Christ of Christmas. 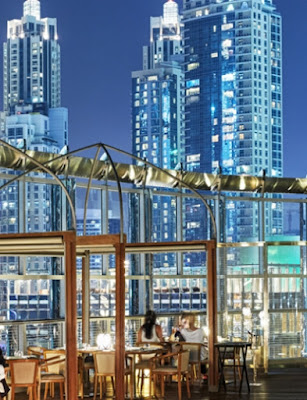 Instead, apart from the core participants, the big reveal was here ... 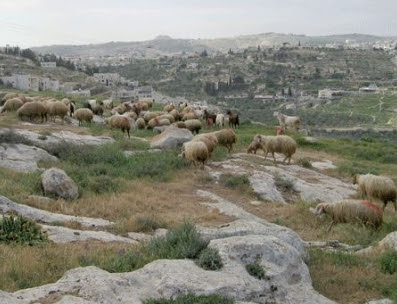 ... with a group of dodgy night-shift sheep-watchers on a zero hours contract; about as low life as you could get.

There were some shepherds in that part of the country who were spending the night in the fields, taking care of their flocks.

The first Christmas was almost a big non-event.

If it hadn't been for them pesky angels popping up all over the place.