It's Not Just First Bus

The above comment was appended to one of the First Bus App blogs and it intrigued fbb somewhat. Stagecoach have, after significant delay, introduced a slick new web site prioritised for tablet-takers and thus tricky on a steam powered lap top. Surely their core data couldn't be wrong?

Oh, yes it could.

... which, silly web site, it could find. And there was an exact match. It clearly shows the service as running from Sowton Park and Ride on the Honiton Road. 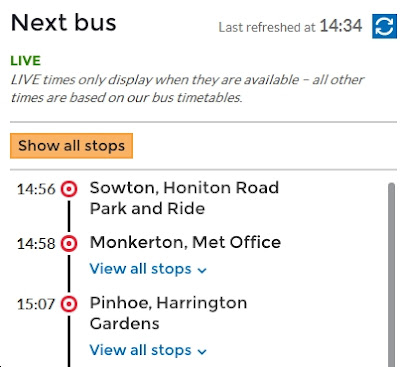 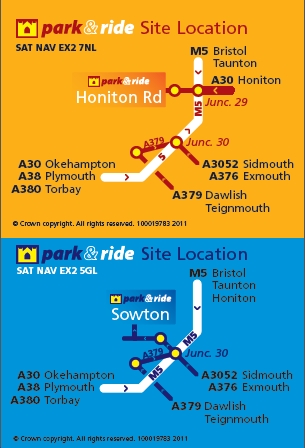 Very confusing even if it were right; but Stagecoach gets its own route very wrong.

As does the computer generated map of the route. 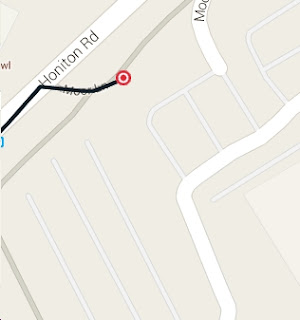 But, indeed, it doesn't go there. It hasn't done since June last year if not earlier. The timetable, appropriately dated ... 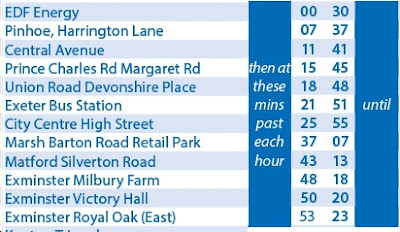 So where is EDF Energy? We can start at Park and Ride (Honiton Road NOT Sowton)... 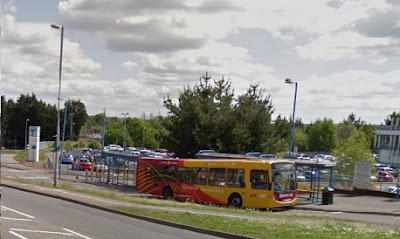 ... travel towards Honiton for about 150 yards. Then bear left at the roundabout ... 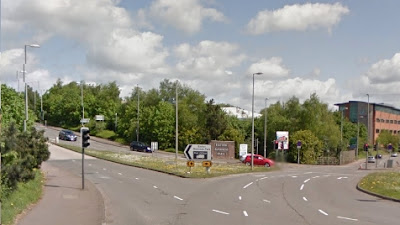 ... and up Ambassador Drive. Then right at the next roundabout ... 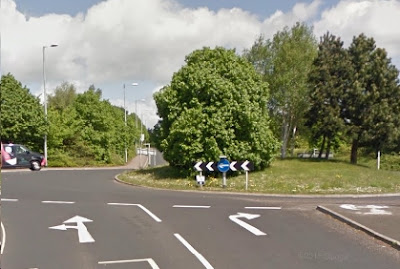 ... and along Grenadier Road to the EDF offices, there, at the end. 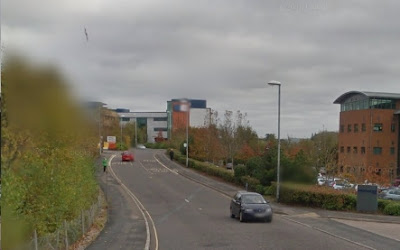 Those stops (by the red car) are as close as the "B" gets to the Park and Ride. 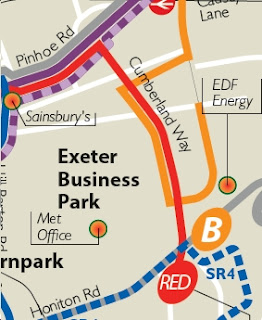 ... until you take a look at reality. The orange line would appear to show the route trundling up Pinn Road and terminating at a junction at the brow of the hill. 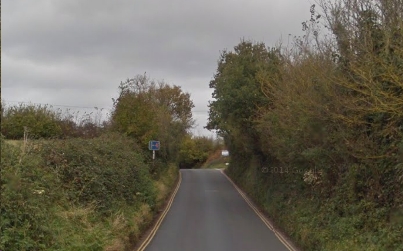 Oh yeah? Pull the other one Stagecoach! Surely this stop outside the main entrance to the office block is more likely?

There appears to be a flag on a lamppost.

As for Stagecoach's maps attached to their "Find a Bus" page - beyond belief! 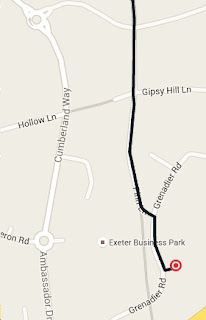 This particular manifestation does terminate at EDF but runs all the way via Pinn Road in both directions.

fbb never thought he would write this but ... 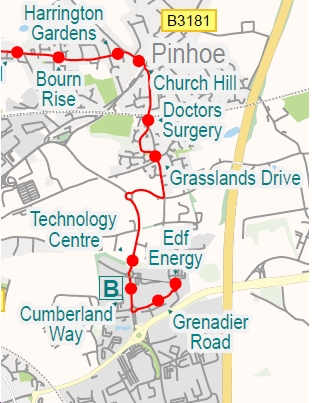 fbb will conclude his less than popular "outrage" (methinks the comment writer meant "outburst") again First's feeble App on Monday. Nobody has come back via fbb@xehos.com on the controversial subject of route 6 on the T M Travel App so el chubbo will have to re-address the situation. Sorry Phil. 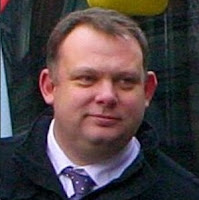 Next Falcon blog : Saturday 23rd January
Posted by fatbusbloke at 02:00