We are very pleased to announce a brand new venture for Stagecoach South West as part of our plans for Plymouth depot.

The "South West Falcon" will provide a regular city link from Plymouth to the centre of Bristol calling at Exeter Park & Ride, Taunton Park & Ride, Bristol Airport and selected villages on the A38/M5/A38 corridor on a turn-up and go basis. 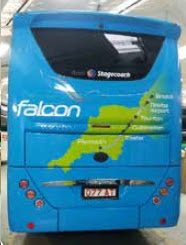 The map on the back of the coach shows just Cullompton as an extra stop,

The service will run hourly throughout the day, as well as some overnight journeys designed to meet flights for Holiday makers from Bristol Airport. The service and competitive fares will also appeal to students travelling along the corridor to the Universities in Plymouth, Exeter and Bristol, day trippers to Bristol City Centre and day trippers to the South West.

More information will follow in the coming weeks, but we also wanted to share a sneak peak at the brand new 15 metre Volvo B11R / Plaxton Elite coaches that we will be running on the service in a striking gun metal grey livery with blue and green relief, and are nearing completition at the factory.

And we all wondered why Stagecoach was keen to take over the dying First Bus business in Plymouth.

Will it work? Difficult to say, but possibly a poke in the eye for First Great Western Railway and Deutsche Bahn Querfeldein. When the Dawlish blockade ended there ere campaigns to retain some of the replacement buses, particularly between Plymouth and Exeter, because they were faster than the trains.

Cheekily (and bravely?), Stagecoach have taken on the idea with gusto!

But a word of caution. Do people really relish being dumped at Park and Ride sites - especially the impoverished (?) students mentioned in the Stagecoach piece?

More as it happens. 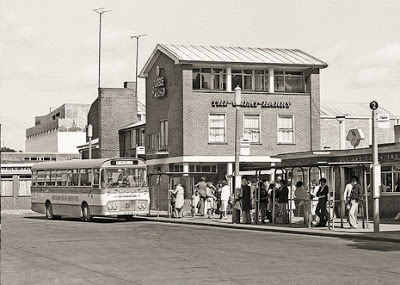 When it opened it was "state of the art", close to a newish shopping developing and with a modern pub on hand. But in its latterdays it had become a sad and neglected site. 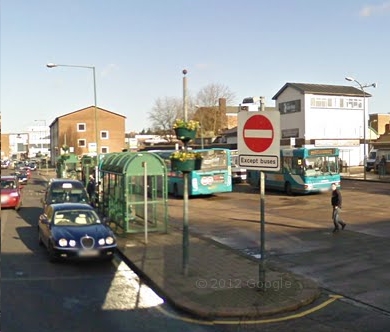 So it is really no surprise that it has gone. Out Northampton correspondent writes:-

On December 21st 2015, as part of a major town centre improvement scheme, the admittedly small and basic bus station in Hemel Hemsptead was closed and replaced by on-street stops in nearby Bridge Street and Marlowes. 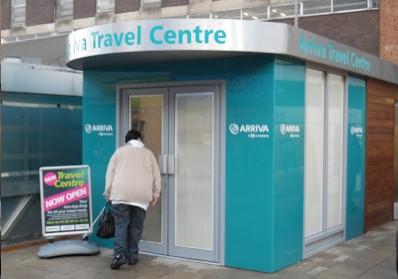 Provision of information is delegated to Arriva from a hut comparable in size to the Northgate broom cupboard despite the fact that a dozen different operators provide bus services, including inter-urban routes by Centrebus to Luton and Dunstable and Carousel to Chesham, Amersham, Gerrards Cross and Uxbridge.

Carousel do not admin to the bus station demise on-line ... 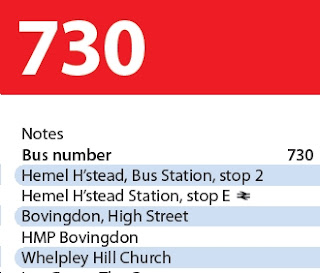 Centrebus X31 admits to using Bridge Street, but you would have to find the shelter first unless you had the timetable to hand. 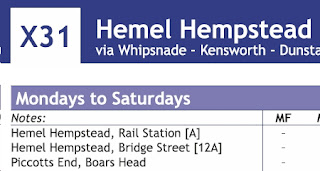 But there is no longer a stop 12A on Bridge Street. Keep looking folks!

But would Arriva's enquiry facility tell you about these operators? And how often is their cupboard open?

On the afternoon of Monday 4th January (technically a bank holiday) the enquiry hut was shut.

The interchange is not welcoming to a visitor arriving from the railway station and wishing to travel onwards. Should you stroll a quarter of a mile along to the Civic Centre there might still be a leaflet available detailing all operators' services and showing which stop they now use.

But there is nothing to show this at the new interchange. Arriva has a diagram of its services on-line.

The enquiry "hut" and toilets are bottom left.

Shelters only have information for the services that stop there but there is no diagram of stops available and it is quite a trek from one end of the Marlowes interchange to the other.

So whatever happend to the plans as revealed in May 2013? 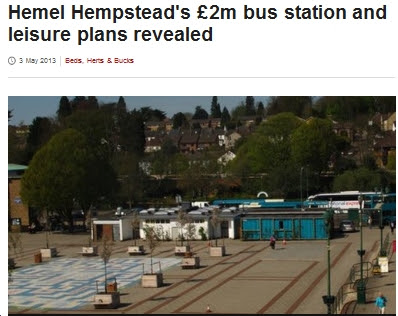 Plans to build a new bus station in the centre of Hemel Hempstead have been revealed. The current station site in Waterhouse Street will be demolished and, together with Market Square, will be developed into a leisure complex.

The new bus interchange will be built next to the Marlowes Shopping Centre on Bridge Street. The £2m project is due to be completed by September 2014, with the leisure complex finished in 2015.

The planned leisure facilities are set to include a multi-screen cinema and a range of restaurants. 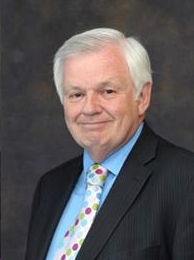 Councillor Terry Douris said it was "committed to improving" the town centre, and making it an attractive destination. "These plans will improve the experience of travelling into Hemel Hempstead, encourage more bus and taxi users and will also bring new businesses into the area," he said.

Well. it hasn't been built yet! 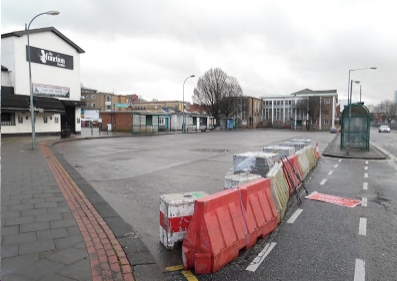 The Pride Park sequel is postponed


Next bus blog : Sunday 10th January
Posted by fatbusbloke at 02:00