Is This the Answer?

A BBC comedy show, originally on steam radio, later transferred to TV and revived for one episode broadcast during the recent "India" series. 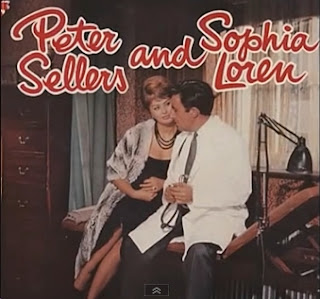 ... a 1960 hit song which was very loosely based on the plot of the film "The Millionairess". Their hearts went "boom bitty boom", you may remember, or you could listen on YouTube!

But what was the question?

That came from fbb's No. 3 son who sent the old man a "link" (whatever that might be) with the question, "Is this the future of Public Transport Information?"

fbb thinks it might be. The clever folk at Google have come up with a novel way to access bus and metro timetables in Delhi. Why Delhi? Dunno. No. 3 son suggests that the internet in Delhi is, like many things Indian, chaotic; hence world domination seeking Google are trying something new. 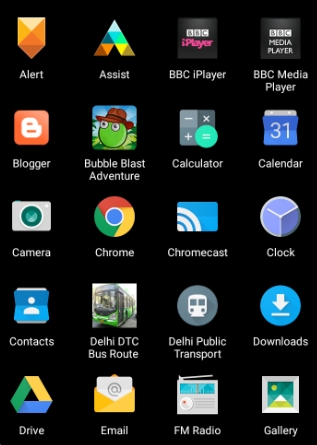 It's an "app", innit? Now fbb has very little idea what all those mysterious blobs on his phone can do. He can txt, he can take pictures, and with consummate effort, make the occasional phone call. He has even managed to set and subsequently cancel an alarm. Wowsers!

But this App speaks for itself. 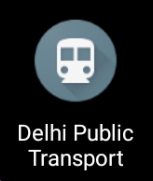 Poking the grey blob with a sticky finger brings up this screen:- 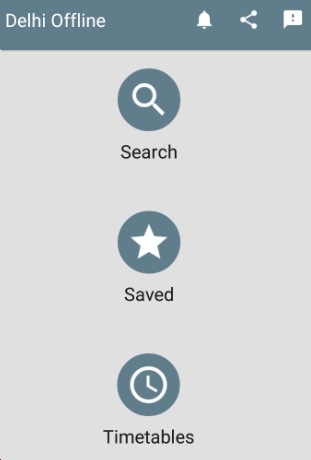 The whole caboodle (app plus all the data) has been "downloaded" onto fbb's phone. This was overseen by No. 3 son in a lengthy phone call but would appear to be a simple process for anyone aged about 7+; hence almost beyond fbb!

So let's start with the obvious. Poking this blob (touching the icon, fbb thinks is the technical term) brings us, Guess what? Every bus and metro timetable that serves Delhi.

There are nine Metro buttons ... 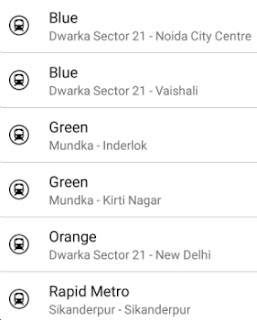 ... two blue, two green, one orange, one "rapid", one red, one violet and one yellow. These equate to the colours on the city's metro maps and of signage at the stations. 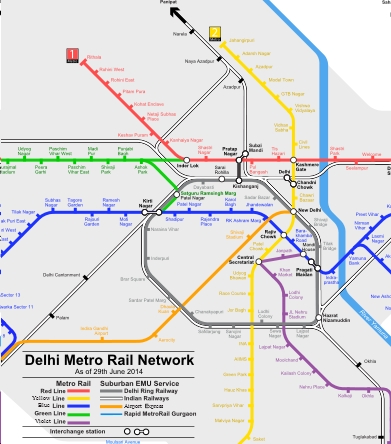 The app lacks a mapp but maybe it will gain one in due course; the thing is experimental at the moment.

Unlike London's Underground, the trains carry a band of the line's colour. 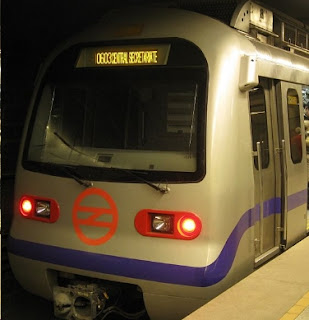 The Metro has expanded rapidly in only 12 years.

But back to the App. fbb prodded "Rapid Metro" ...

... an intrguing wiggle (in pale blue on the map) leading from the "yellow" line (off the map extract above). Expecting a "simple" frequency list as with Docklands in the UK, fbb was astounded and delighted to be presented with a proper timetable. 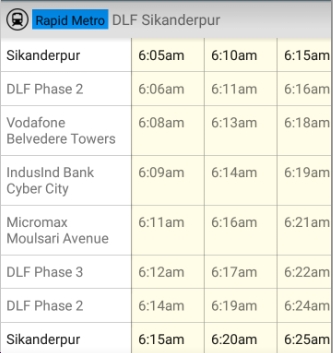 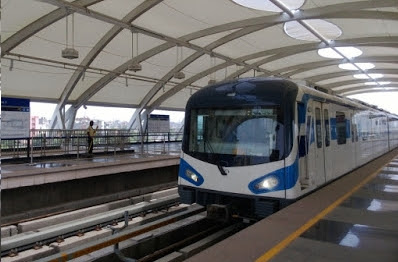 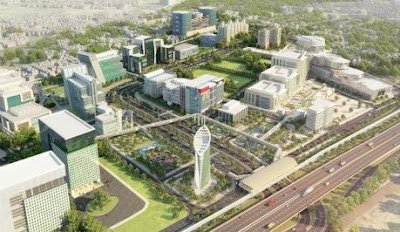 The above pic of Cyber City is on an on-line list of 101 things to do in Delhi. The metro line runs from centre bottom to centre right with Cyber City station being the white overall roof.

Rapid Metro, with an elevated route and six stations with a frequency of every four minutes, can carry 800 passengers in each trip. The 5.1 km long route covers six stations-Sikanderpur, Phase-2, Belvedere Towers, Cyber City, Moulsari Avenue and Phase 3. The Rapid Metro is using a common ticketing system with Delhi Metro. 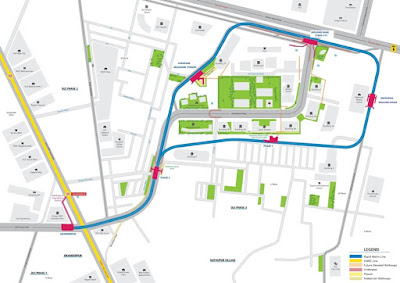 The running time round the loop is ten minutes, the frequency is up to every 4 minutes but we are given an all stops timetable. Presumably the 24 hour clock is a step too far for the good folk of Delhi. An extension is planned continuing off the map bottom left.

the Rapid Metro is essential as occasional minor hold-ups affect the road network! 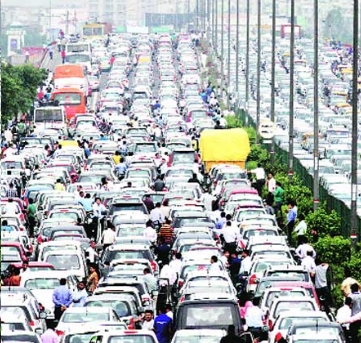 But all the Metro lines are similarly presented, full timetables with every stop shown.

And if you weren't sure how to use the Metro, helpful videos are available on the metro's web site:-
Tomorrow we look at the buses and the journey planner.

My copy of the "Sheffield South" general information leaflet dropped through the letterbox yesterday (Monday) together with eminently disposable adverts for stuff.. 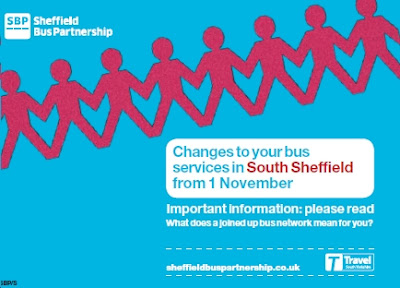 Cutting it a bit fine, aren't they? And remember, there are no timetables in these flyers; just very rudimentary route descriptions and a frequency chart. And if, like fbb, the advert bundle is binned without perusal, will the Partnership's prognostications ever be read?