Our Northampton Correspondent At Large. 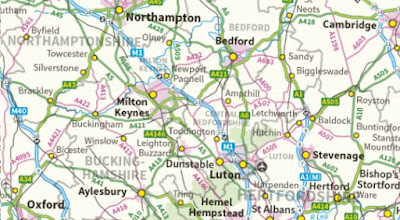 In 1967 British Railways withdrew the Oxford to Cambridge, leaving just local trains between Bletchley and Bedford. 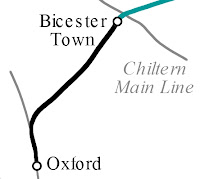 There is a little more about this line in a past Bicester blog (here).

After a period of closure during rebuild, when buses replaced the branch line trains ... 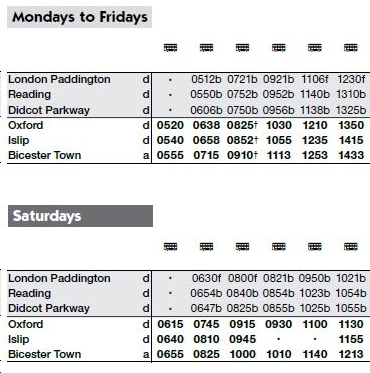 ... the line re-opened on 26th October. For a while Oxford Citybus used vehicles ordered by (and liveried for) Southern Vectis ... 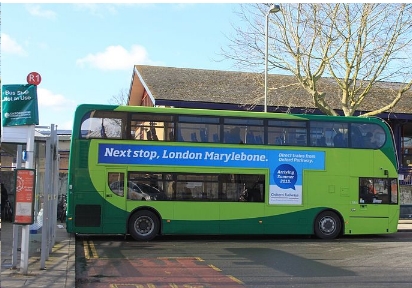 ... as seen here awaiting its happy passengers outside Oxford Station.

But it is a very different line from a bumbling branch carrying small numbers of passengers to change trains at Oxford. A whole chunk of brand new track has been built (The Bicester Chord) linking Chiltern's Eisenbahnhauptlinie** with the "Varsity" Line. 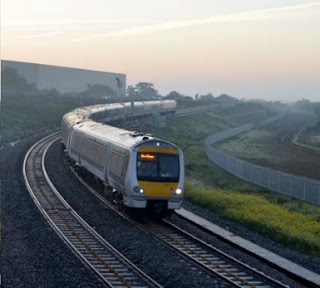 The first passenger (test) train rounds the curve
in September 2015.

Bicester Town station has been rebuilt but demoted to Bicester Village ... 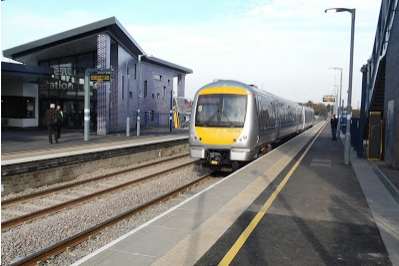 ... with an exit straight to the tiny and picturesque (!) "Village" which is the farcical name for a huge shopping centre.

... with a mutilingual exit sign. Français? Deutsch? Neither. Chiltern and/or the Village management know where the real money is!

Bicester Village is now a number one attraction for our overseas friends when they visit London. Presumably there aren't enough shops in London? There are just 136 shop units for the visitor to enjoy. 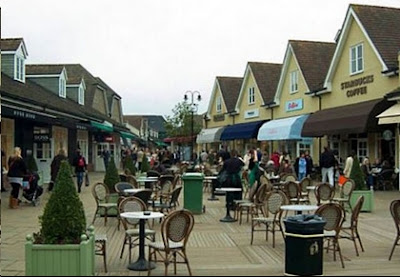 Sadly, fbb has never been, and surprisingly such a visit is not on the chubby one's "bucket list".

The station at Islip is also rebuilt; it had to be because the line has been upgraded from single to double. Here is Islip back then ... 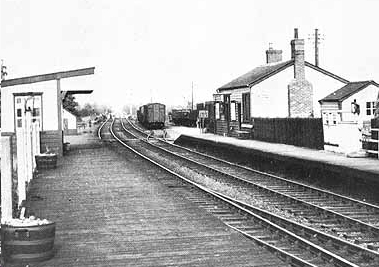 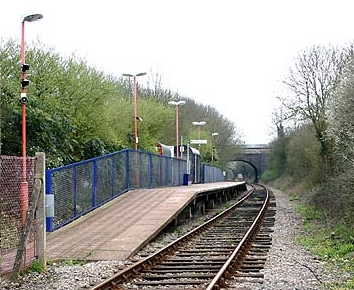 ... and the brand new Islip under construction. 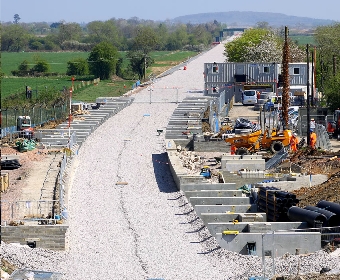 This new line is yet another "big idea" from Chiltern Railways.

Presently there is a "fast" service to Oxford run by First Great Western (whoops, now rebranded as "Great Western Railway"). 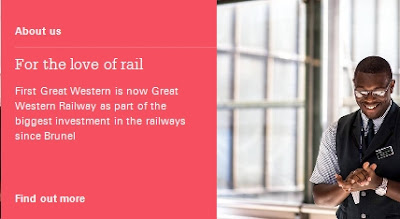 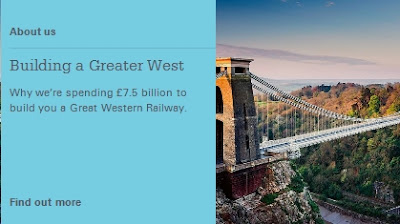 Finding timetables (what's one of those?) on their web site is a voyage of love, building and inspiration; but fbb persevered and here is an extract.

Ah, there it is. Trains run every 30 minutes and take just under the hour; supplemented by Crosscountry trains that have arrived at Reading from the south and will continue via Birmingham to points in the far North.

We will look at Chiltern's plan to offer a competitive assault on the ex Brunellian route tomorrow.

Or Monday if anything exciting happens in Sheffield. There is a rumour that new services are starting tomorrow but the changes are shrouded in secrecy.

** Eisenbahnhauptlinie : German for "railway main line" to remind us all that Chiltern is owned by Arriva which, in turn, is owned by Deutsche Bahn, i.e. nationalised German State Railways.