Wessex may Grizzle with changes at Brizzle [1]

Does fbb detect the preliminaries for a potential punch-up? 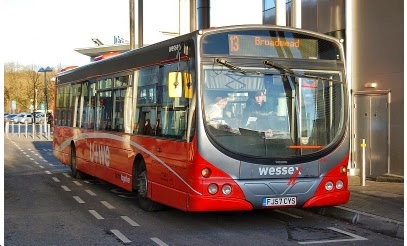 And here they all are, seven of them.

fbb knows the list is of eight routes, but one (16) only serves the real University of Bristol, whereas the rest are all via the upstart UWE's mega site near Frenchay, north of the city centre. Wessex's network map is useless as it does not show the UWE services at all despite their claim to be a high quality, frequent and cost effective bus service for everyone.

Even if it did, it would be difficult to unravel.

Incidentally, No 1 son completed his education at UWE although he was based at the Bower Ashton site south west of the city. Proud dad department: herewith a picture of the lad speaking to "several hundred" at the Barbican Wikimania conference last Saturday.

The greater Bristol bus map does show these Wessex routes ... 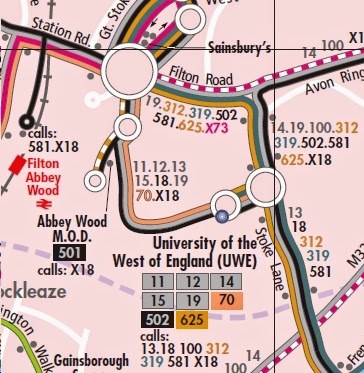 ... and only one route (70) operated by First Bus. The "deal" with Wessex presumably excluded First from the campus with the exception of its one long-established service. No doubt our Bristol correspondent will correct that assumption if fbb has boobed (again!).

Then this appeared in the local press. 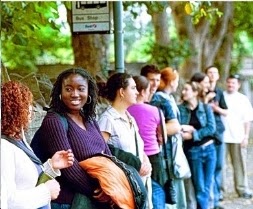 Bus operators are going head-to-head in an effort to secure a stranglehold on one of the city's most lucrative markets namely its students. Both Wessex Bus and First have announced a raft of new services and timetable improvements to win the backing of students at the University of the West of England (UWE). They have responded to a survey of 1,000 students which revealed the current provision does not meet their needs and requires an overhaul.

But, with First only running the 70, "going head to head" must imply some further developments.

Clearly the campaign for better buses to UWE has been vociferous and fruitful.

The two lead protagonists have been Charlie Roper ... 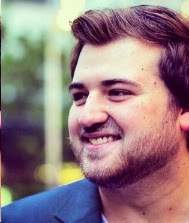 ... Vice Chancellor and Chief Executive of UWE. He is actually a "professor", but, we ask, what is the world coming to when a senior university boss is called "Steve"; what is happening in the hallowed halls of academe?

Anyway, they did a survey and published a report.

Earlier this year, a consultation called ‘The Only Way is Wessex?’ was launched in order to obtain feedback on the bus service and the students' journey to and from campus.

It doesn't take too many brain cells to realise that there will have been some dissatisfaction with the services provided by Wessex Bus as a spur to the survey and consequent report. There's a clue in the report's title, "The Only Way is Wessex"!! Indeed the report's summary produces stats to highlight the grumps. 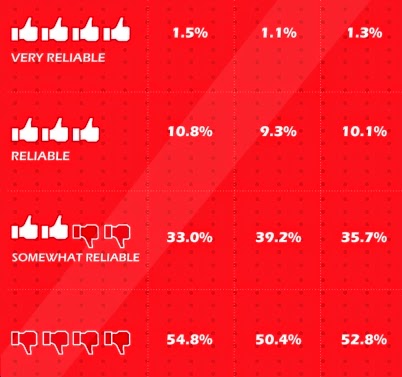 The three columns show responses from rare, regular and frequent users of the services. There were 904 replies out of a student body of about 25,000. Presumably the bottom line should read "unreliable"; but it didn't on-line! Unreliable web site?

Both Wessex and First companies have reported effusively on their meetings with the big cheeses. Both companies are making changes. Under "normal" circumstances you would not expect much of a response based on 3.62% (fbb has done the math!) of your student customer base; but a continuation of the Bristol Post article (above) reveals more ...

First has made the most radical changes, introducing three new services, the 71 (between Frenchay campus and Gloucester Road), 72 (between Frenchay and Clifton) and X74 (linking Frenchay to Filton and Bradley Stoke, and the city centre via the M32) from September.

From this we can conclude that any restriction on services to the Frenchay Campus must have been lifted; whether by mutual agreement or action under anti-competitive legislation is not made clear. Suffice it to say the First Bus are increasing and improving their UWE network dramatically.

Not to be outdone, Wessex Bus is also responding positively. All these developments are listed on 'the Only Way is Wessex' web site.

We have investigated and analysed your feedback from our student survey ‘The Only Way is Wessex?’ We have worked with both Wessex and First Bus and are really excited to show you what’s changing as a result of your feedback.

fbb is always very doubtful of the ability of journalists, even those from the UWE student world, to understand and communicate complex bus service changes; indeed the "only Way" students wanted a more regular service at weekends. Their grasp of linguistics is typical but parlous. One bus a year is "regular"; what they meant was that they wanted more frequent buses.

Accordingly, we will look at each chunk of Wessex UWE services in turn, seeing how First have chosen to respond/innovate (?) followed by any parallel red bus improvements.

Our holidaying Northampton correspondent writes : I suppose we should have known from watching episodes of Shaun the Sheep that there is more to being a sheep than just standing around in fields and running away when a train goes by. 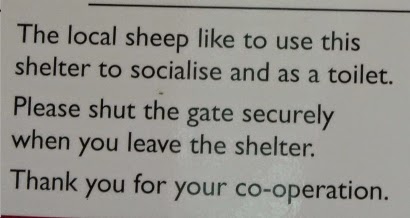 There are the whist drives and cheese and wine parties held in local railway station waiting huts ... 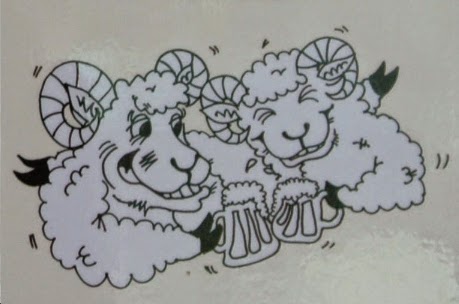 ... where the occasional glass of sheep dip might be taken. 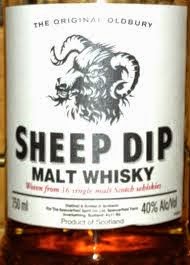 Made, of course, from malted baa-rley! Groan!

The station hut (and gate to be shut) are at Nantmor (near Beddgelert) on the Welsh Highland Railway. 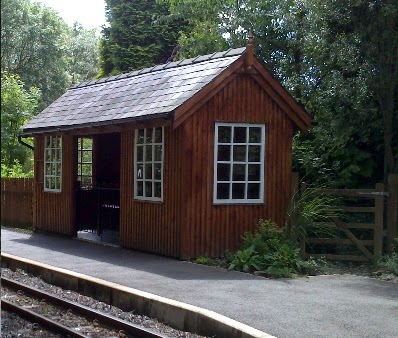