Continuing our journey by tram from Camborne to Redruth ...

... our tram would pass two branches, of which more later, before the passing loop at "I.H.Hotel" aka Illogan Highway Hotel, alas defunct and demolished. On Sunday last fbb was bewailing the problem of place names in this area, and this picture had the chubby one well and truly stumped. 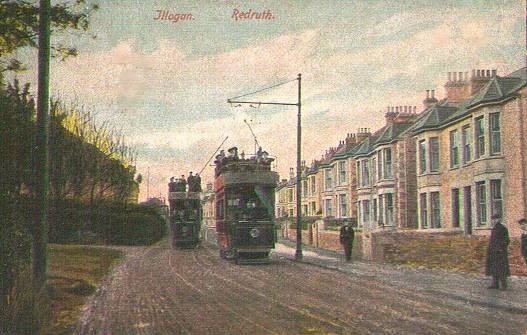 The card is entitled "Illogan, Redruth" which is daft because trams never ran to Illogan! 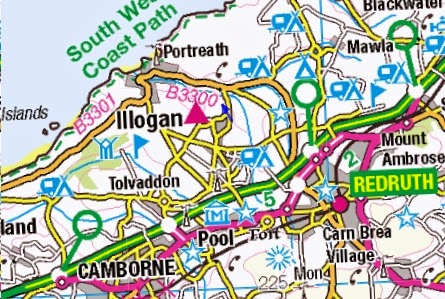 The trams ran along the "magenta" road, via Pool. Some authorities label a similar picture as Illogan Highway, which is also misleading.

Presumably, Illogan Highway was the highway leading to Illogan? The next loop is Barncoose, but careful Streetviewing and logical thought latches on to the trees and driveway on the left. These are the grounds  and driveway of the old workhouse and thus the loop so-called on the tram map.

A picture of the road today is surprisingly matchable. 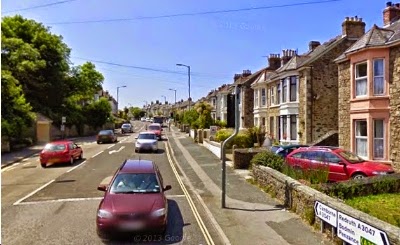 The Redruth Union workhouse was built in 1838 at Barncoose near Redruth. It was designed by George Gilbert Scott and his partner William Bonython Moffatt. Intended to accommodate 450 inmates, the Poor Law Commissioners authorised the sum of £6,000 on its construction. The workhouse location and layout are shown on the 1906 map below.

... and a subsequent addition is now part of the Camborne and Redruth District Hospital, fromerly known as Barncoose Hospital.

Our virtual historic tram trundles onwards to its terminus at West End Redruth. 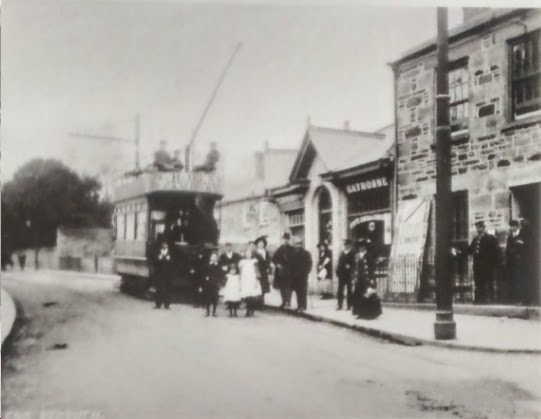 The building on the far right was home to the company offices and staff awaiting their turn of duty are joining in with the photographic experience at the doorway. The scene is recogniseable today with our comparison somewhat impeded by a B & Q delivery lorry blocking our view of what was a gabled shop front. 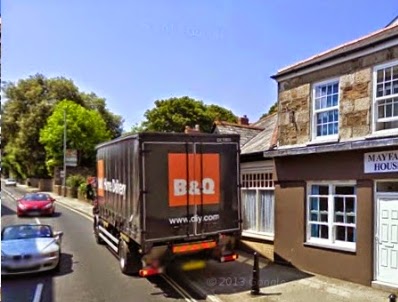 But, unusually, the company carried freight; hence that teaser picture from yesterday's blog. 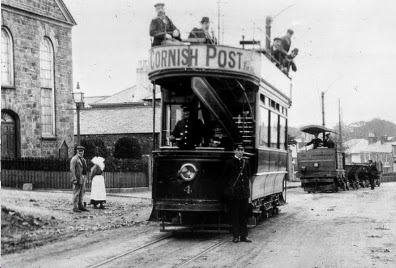 On 13th May 1903 the company signed an Agreement with the East Pool and Agar United Mines Adventurers to carry their tinstuff on the tramway at 6d/ton over the weighbridge, to provide 24 hours storage of 200 tons; the mines providing the labour for loading and unloading. Two open locomotives were purchased based on the same Milnes bogey, with 14 wagons; eight 2½ ton and six 3 ton. 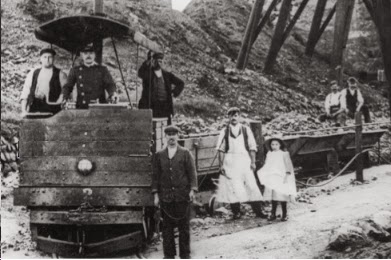 The "locomotives" were later fully enclosed. 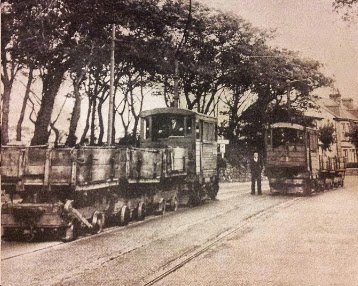 The "tinstuff" was carried from the two mines to a processing plant at Tolvaddon; with apologies for the poor quality of the map extract.

The tramway replaced a "telpher" powered by electricty but highly unreliable. [telpher from the greek "tel" = distant and "pher" meaning transport.] fbb remembers watching his father construct a "telpher span" from his young son's newly acquired Meccano set. Nowadays we would call it a cable car. 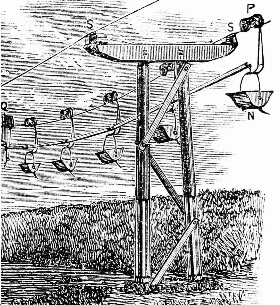 But bad news was soon to follow for the passenger business.


In 1919 the Directors had considered proposals for the establishment of Bus Services to protect the Tramway, but the outlay required. £5,750, was not available. The post-war depression reflected on the takings and, following the grant of an increase to Drivers by the Tramway Court, an application was made to the Board of Trade to increase the fares by 100% July 1920. The service was reduced by running every half-hour on week-day evenings, the last car going at 10.30p.m. The losses continued and the position was worsened in 1926 when the Cornwall Motor Transport Co, started running a pair of single-deck buses, with starting times a few minutes before each tram.

Such are still the joys of a privatised deregulated transport system!

The Tramway was offered to the Council, who declined to take it over. The trams and the track were by now worn out and re-equipment was essential if it was to continue. The Directors gave notice of intent to close it on 29th September 1927, and that the 10.30p.m. from each end would be the last to run. 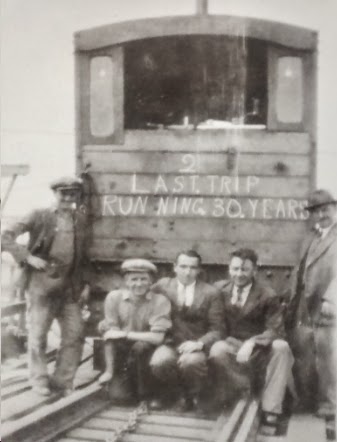 The Mineral Line was closed seven years later in August, 1934, after 30 years mining and had carried 1,300.000 tons of tinstuff. It was replaced by an aerial ropeway.

fbb is unable to explain the difference between a "telpher" and its later replacement. The Cornwall Motor Transport Company was eventually swallowed up by Western National whose successors, First Bus, still ply the Camborne Redruth road.

Although there is plenty of information on-line, fbb can thoroughly recommend this little book. 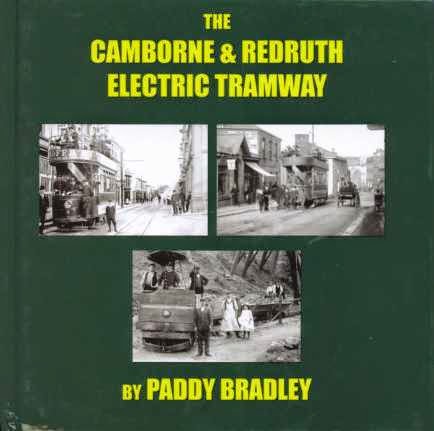 Paddy Bradley had assembled a magnificent collection of photographs, many of them unavailable elsewhere. He has added a potted history and a poem from 1909. This is the concluding stanza from this 23-verse epic.

"Tuppence" (2d. or less than 1p) would have inflated to roughly 90p today. Cheaper than First Bus!

Copies of the book are available on-line which is how fbb got his!


Next bus blog : Thursday 21st August
Posted by fatbusbloke at 02:00