The Sogginess of Steyning : a Delightful Excursion

Bramber was the caput of a large feudal barony held from the 11th to 14th centuries by the Braose family which was noted for its impact on the medieval history of the southern Welsh Marches. 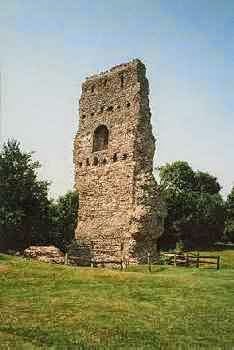 On a small hill stand the remains of Bramber Castle, a Norman castle built by the family. Bramber Parish Church of St Nicholas was originally built as the castle chapel and is the only part of the castle site not in ruins. 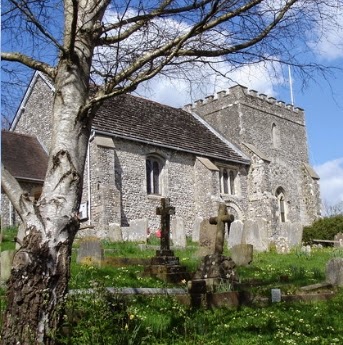 The church attracts large numbers of tourists, and is the oldest post-conquest Norman church in Sussex. Bramber Castle originally protected the Rape of Bramber, the historic sub-division of the county of Sussex. 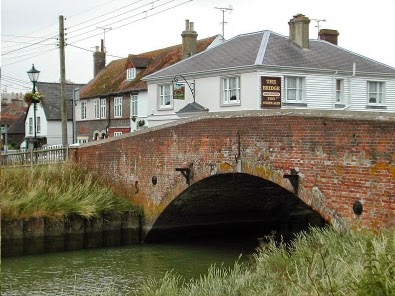 ... are the two villages to the north of Shoreham-by-Sea; both standing on the River Adur. fbb's little bus ride on Brighton and Hove route 2 passes through these two delightful settlements before terminating at Steyning. 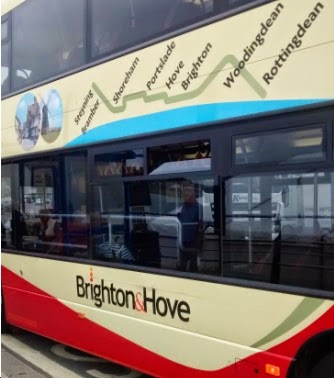 Apart from the bridge at Beeding four other distinctive river crossings are visible from the bus. The modern structure on the main coast road replaced a bowstring girder bridge in 1987. 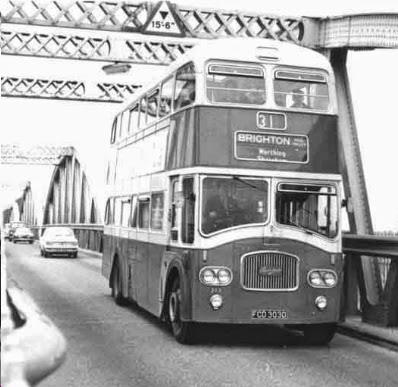 The girder offering dates from 1922 when it, in turn, replaced the picturesque Norfolk Bridge built in 1833. 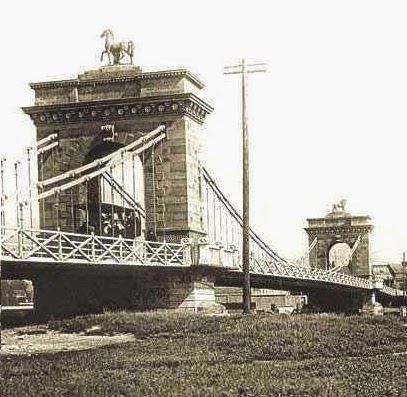 It was the same design as the famous Chain Bridge (originally built 1849) that crosses the River Danube between Buda and Pest in Hungary. 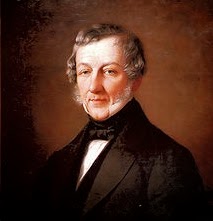 Our Will was economical in his design work as a similar bridge was also built at Marlow, Bucks. 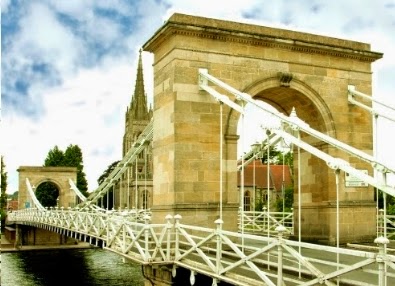 After just a glimpse of the modern bridge, we also espy the railway bridge ... 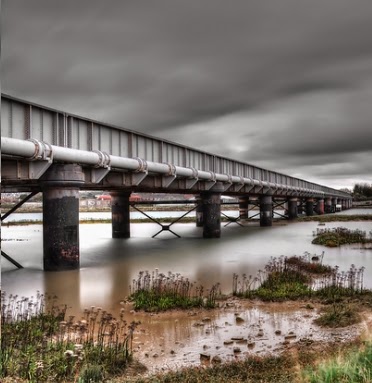 Next "up", as the TV presenters say, is Old Shoreham Toll Bridge. 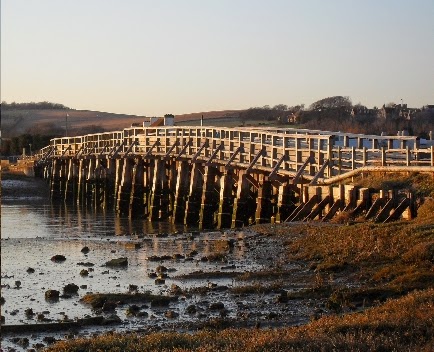 The construction of Old Shoreham Tollbridge was authorised by Act of Parliament under George III. The act established a body of trustees to construct "a proper and substantial Bridge, for the Passage of Carriages... over the said River, at or near the said Ferry". The new wooden bridge was ten months in the making and first opened to public traffic in March 1782. It linked Old Shoreham with Lancing. It was later rebuilt, but to the same design. 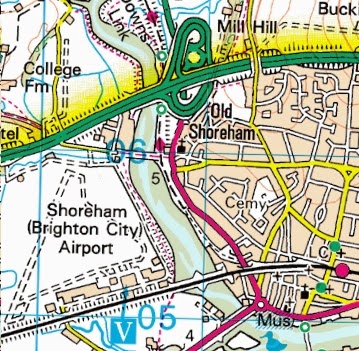 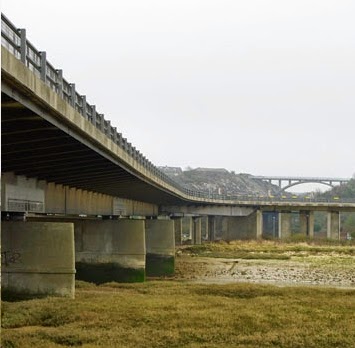 The arched bridge in the distance is over Mill Hill cutting and carries a local road. Its construction caused much local interest at the time. 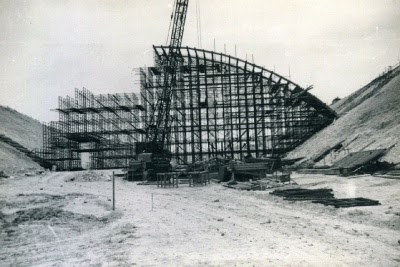 Once again, a simple bus ride produces much to interest the passenger. The fbbs managed to commandeer top deck front and on outward and return journey found much to amuse and entertain. Even Mrs fbb enjoyed the ride, despite the sogginess. 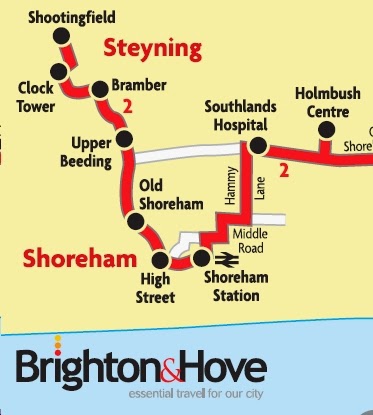 Yes, indeed, on a day forecast for "occasional light showers", the rain was verging on the torrential for most of their (curtailed) visit to Steyning.

We will conclude the trip in due course, possibly in a week's time.

Tomorrow we must look at fruit and pots. 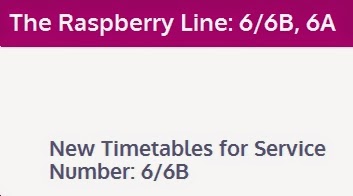 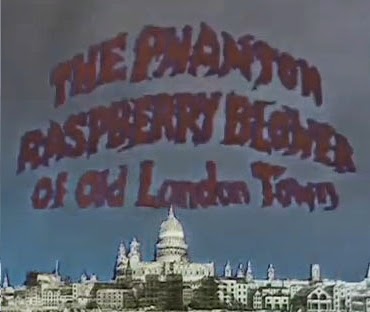 When fbb writes a blog, he assembles a collection of pictures and screenshots, not all of which are eventually used. In the case of Shoreham Footbridge/High Street/Crown and Anchor, two additional information resources were investigated on a later date. 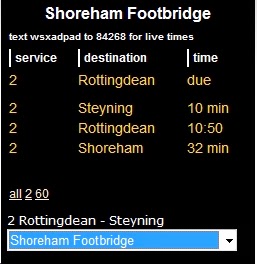 Brighton and Hove's on line display did not differentiate by direction and, using the unexplained convention offered a mix of real and timetabled times. This was at 1030. Later ... 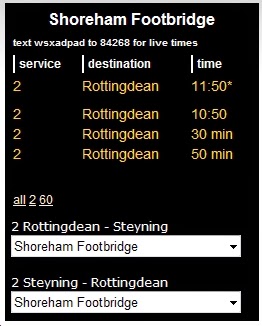 ... at 1045 a rogue bus at 1150* (no explanation of the asterisk) has appeared out of order. Meanwhile on the Traveline "Next Buses" display (expensive?) on fbb's mobile phone, this was on offer.

This was using the code from the B & H site and was for the stop opposite fbb's viewing spot. Again, the Stagecoach service was all to pot with 700s at 1101 and 1104 instead of 10 minutes apart.