The Big Prize at Luffield Abbey [2]

The other "official" public transport route to the Grand Prix is by special bus from Northampton or Milton Keynes, again operated by Stagecoach. But can you get there by ordinary boring service bus? The answer is yes for the Friday and Saturday but not for Sunday. 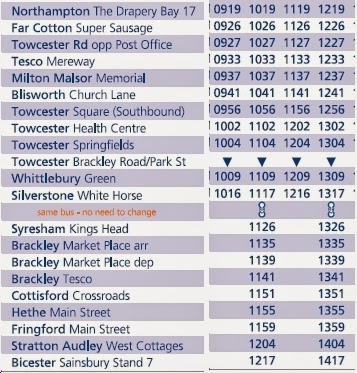 On Sundays, you can get no closer than Towcester.

The route carries number 8, one in the Northampton town services series. In the run-up to the opening of the disastrous North Gate bus station, Stagecoach sensibly rejigged many of its routes to run cross town. The 8 to Rectory Farm was linked with the hourly Silverstone service, extended every two hours to Buckingham Bicester [Man of Kent corrected fbb's incompetence, see comments!]. 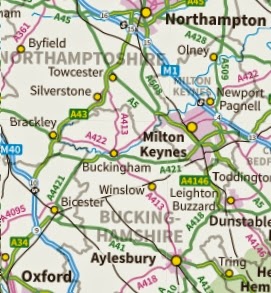 The terminus in Silverstone is a little road called Stocks Hill, better defined as the White Horse pub. 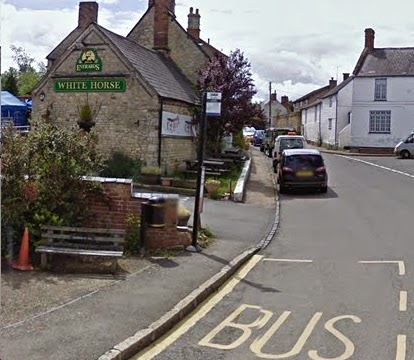 From the village its is a hefty stroll to get to the Circuit; but if you can time your journey on a Bicester extended trip you could travel to this stop, further south on Brackley Road. 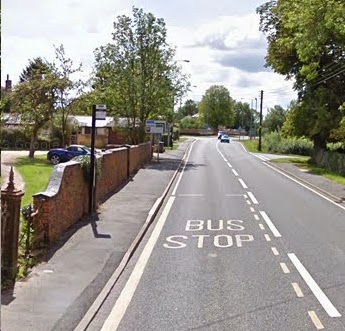 You then turn left at the Junction and walk down Dadford Road ... 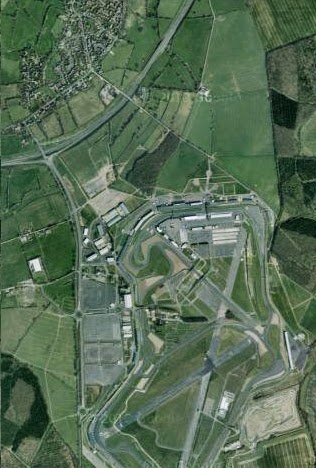 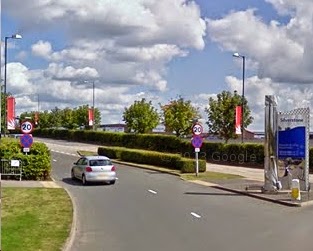 ... and there you are, all ready for the ear muffs and the fuel fumes. But not for the big race day, sadly. fbb guesses any accommodation in the village is booked up decades in advance, or there are campsites advertising their mud services.

The Stagecoach web site is all ready and prepared with the specials ...

... and fbb will look at the N1 from Northampton thanks to some notes supplied by our ever-helpful local man on the spot. On-line guidance is, as ever ...

... wrong. Buses would be hard-pressed to access the station forecourt at Northampton ... 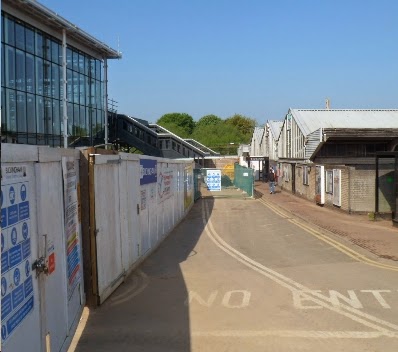 ... as there isn't one! Space is now occupied by the building site for the super new station buildings. The timetables are nearly right but not quite. There is no such place as Black Lion Hill Road. 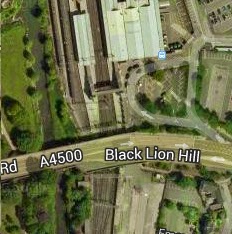 It is just Black Lion Hill; but as the name plate is impossible to find (there isn't one), it probably doesn't matter. "Opposite temporary station entrance" isn't right either; indeed it's hard to think of a suitably helpful stop name. But London Midland will have plenty of posters on the station; just like they haven't for the temporary exit/entrance. But if you can find it, there is a good service including buses on the Thursday evening for the Kaiser Chiefs concert. [a popular music ensemble, m'lud.] That, and the racing as well! 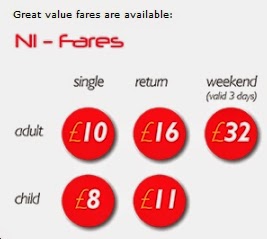 Equivalent fares on the service 8 are £5.50 single and £9.40 return but with the disadvantages already adumbrated.

But if you are happy to spend four hundred quid and more on your admission ticket, why not go the whole hog. Go by helicopter. 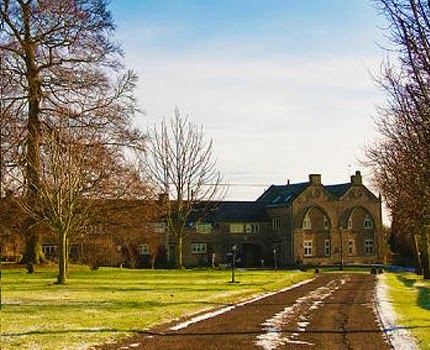 ... a luxury (and pricey) wedding and function venue, where, the advert says, you will enjoy a leisurely full English breakfast in the lap of luxury ... 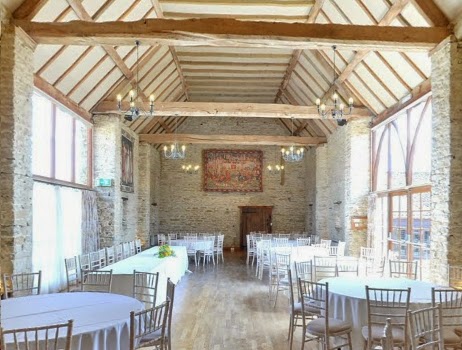 ... before being Whirleybirded to the circuit. Let's hope customers are not airsick - a waste of a good scoff.

One thing is for certain. The bus and coach operation is massive. This picture from the mid 2000s is of the bus park at Silverstone.

The orange ones are in CorbyStar livery, by the way.

Chacun à son goût, as they say in Silverstone village!

Next bus blog : Wednesday 28th May
Posted by fatbusbloke at 02:00