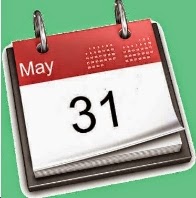 A momentous day all-round; and yes, the fbbs have been resident in their mansion ... 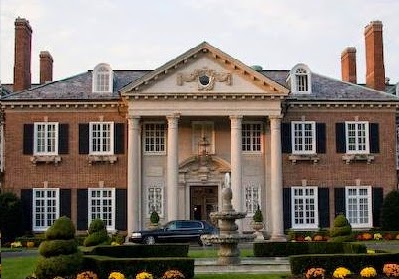 ... in East Devon for one whole year. Seems like only a few weeks.


A 2001 proposal for Edinburgh Trams envisaged three routes across the city, lines 1, 2 and 3. The first was a circular route around the northern suburbs, and the other two lines were radial routes to Newbridge in the west and Newcraighall in the south. All lines would have passed through the city centre. In May 2004, a 15-year operating contract for Edinburgh Trams was awarded to Transdev, to operate and maintain the tram network. This contract was cancelled in 2009.


Two bills to reintroduce a tram network were passed by the Scottish Parliament in March 2006. Lines 1 and 2 received parliamentary permission, but funding the entire network was deemed impossible. Line 3, to be paid for by a proposed Edinburgh congestion charge, was scrapped when the charge was heavily defeated in a referendum and the construction of the remaining two lines was split into four phases: 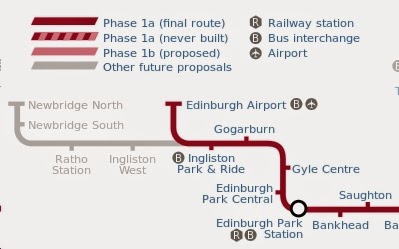 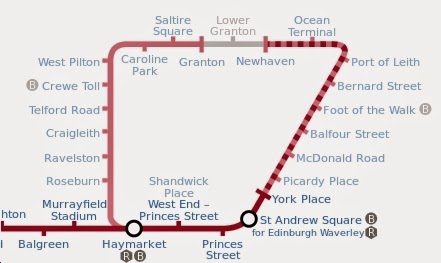 Then things began to go "belly-up". Estmated cost of phases 1a and 1b just under £400 million

2008  Contracts signed for the trams themselves 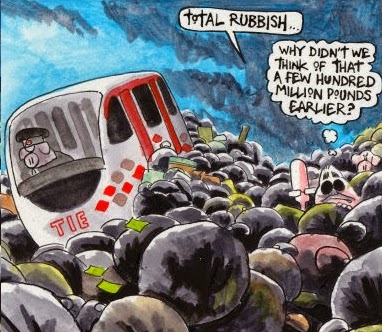 
Apologies for any inaccuracy in this fbb expurgated summary of events; the whole story is far more convoluted and intertwined with politics, incompetence and overspend.

By 2013 the estimated cost of the reduced section 1a (i.e. Airport to York Place) has exceeded £1,000 million. Here's a video showing the route under construction.
But at last, and at a heavy price, the line opens to the public today. 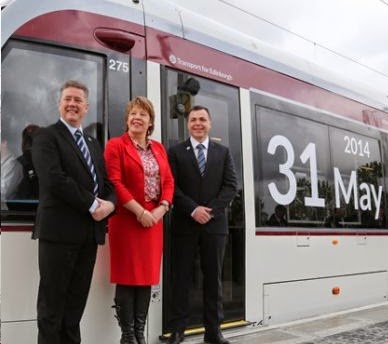 The Edinburgh Trams passenger service will begin on 31st May 2014. The confirmation of the May 'go live' date comes as Edinburgh Trams approach the final stages of a period of rigorous testing, commissioning and driver training in preparation for the return of trams to Scotland's Capital. 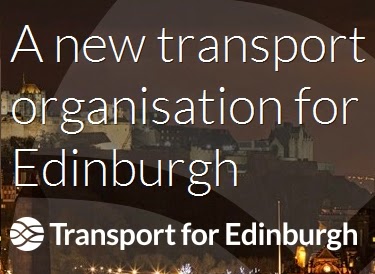 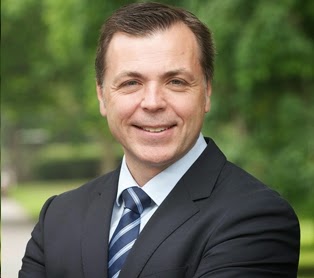 ... opines, "Everyone at Transport for Edinburgh is primed for this hugely important launch for the city. We've recruited and trained a top team at Edinburgh Trams and I'm delighted with the high levels of performance and enthusiasm from everyone involved in the months leading up to today."

And here's a YouTube video of a tram ride under test conditions earlier this year. We can enjoy the full trip, non stop from Airport to York Place in just over 22 minutes. On second thoughts, we can take the trip in two.
Is the service worth the wait? Or the cost? Only time will tell.

In a few days fbb will look more closely at fares, publicity and consequent changes in Lothian bus services. But one snippet may make you think (or squirm). The cash single fare is a flat £1.50 for any distance between York Place and Ingliston Park and Ride. That's the same as on the buses. But if you wish to travel one stop further to the Airport it'll cost you a stonking £5. OUCH!

But the trams do look rather swish ...
... as in this street view video of testing earlier in the year.


fbb will monitor the news web sites etc. over the weekend and bring you any highlights; although the likelhood, after so much (expensive) test running, is that it will all go swimmingly. Wonder whether Mrs fbb would like a weekend in Edinburgh? And there are electric trains from Glasgow to Cumbernauld and Cumbernauld to Motherwell to "cop" as well. It's all happening, the noo.