This blog has been prepared using information supplied by the participants. 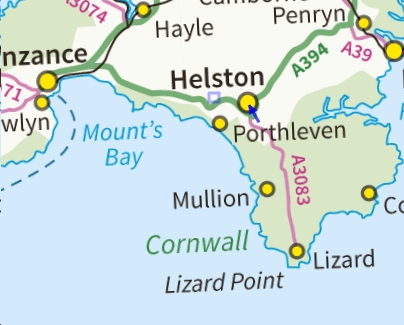 Today (Saturday 17th August) it will be 110 years to the day that the first Great Western Railway bus service was inaugurated which ran from Helston Station to The Lizard. This is Helston Station after closure as BR was recovering scrap etc. 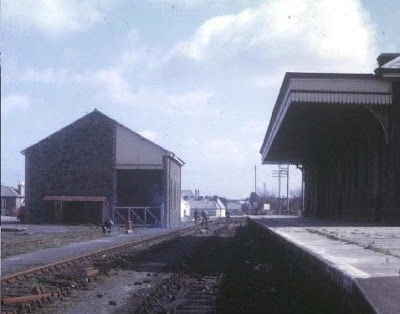 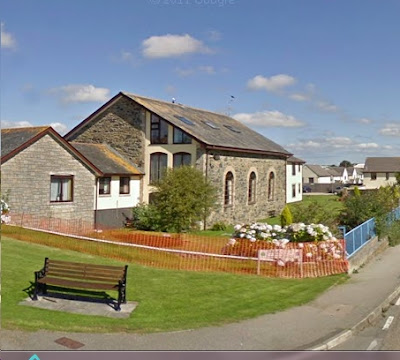 ... with a bit of the platform in the grounds behind the blue railings (platform seen lower left in the aerial shot). 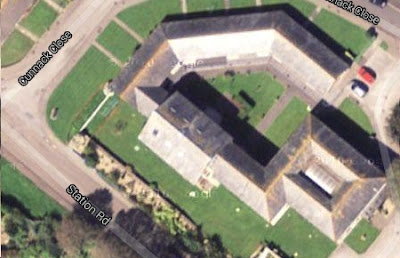 To celebrate this significant day in transport history, the Thames Valley & Great Western Omnibus Trust is bringing the only restored GWR bus seen here 10 years ago! 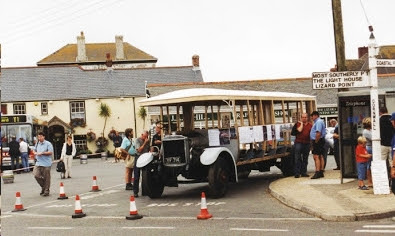 There will be a cavalcade of preserved buses along the original route. 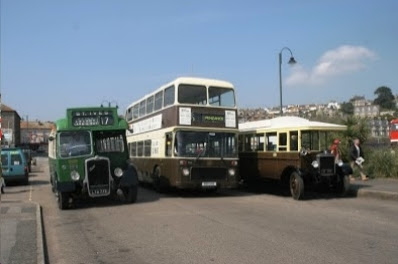 The run will leave at the original time of 11.35 and the journey to The Lizard is expected to take about an hour. 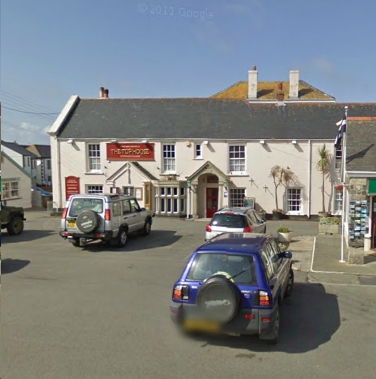 The Top House Inn at The Lizard was the original terminus and again it is planned that the buses will park in front of the inn. After lunch the cavalcade with leave The Lizard, again at the original time of 14.34, to return to Helston. 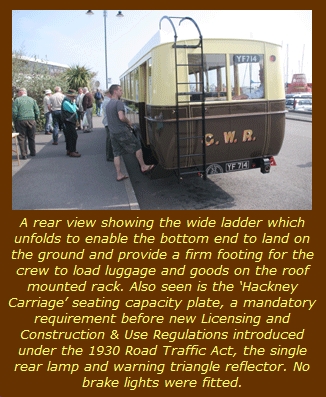 The preserved bus, which originally operated from Penzance depot of the GWR Road Motors, later became a holiday home at Perranporth and survived, mechanically intact, until it was rescued for preservation in 1972. It was purchased for restoration by Trust Chairman, Colin Billington, in 1997 since when it has been completely restored to original condition This will be the first time that it will have been able to be seen running on the Cornish roads since 1932! 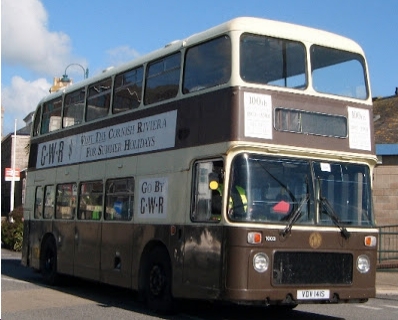 The Cornwall Bus Preservation Society’s 1978 Bristol VR double decker, which was painted in GWR livery for the centenary of this famous bus service in 2003, will also take part as will one of First Kernow’s modern low floor buses which has been specially painted in traditional GWR livery. 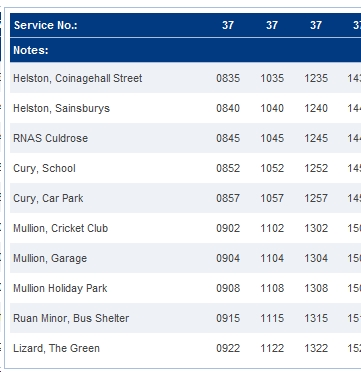 ... having taken it back into the former Western National fold when they bought Truronian. 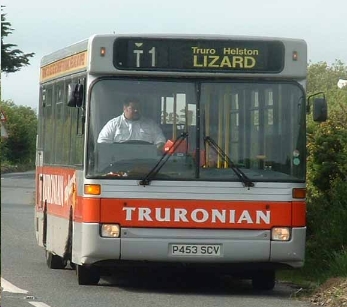 As a former Plymouth inhabitant I can enlighten you about the last connection from Lyme shown in your 1922 timetable.(your post today) This train lasted until all Southern lines west of Wilton were cynically transferred from Southern to Western Region in January 1963, in the knowledge that WR management would have no compunction in closing most of them down (SR seemed to assume it would all go on for ever; even Halwill-Torrington!). 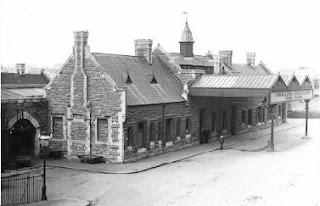 The train in question left Plymouth Friary (Southern Railway's terminus) at 4.53pm, and called at all stations to Salisbury (except perhaps Tamerton Foliot and Sutton Bingham), then Eastleigh via Chandlers Ford. Even an inveterate gricer like me never actually made this journey, and I assumed for years that it terminated at Eastleigh and connected with something coming up the Bournemouth line. However, I read somewhere quite recently that it actually reversed in Eastleigh and duly arrived at Waterloo a mere 11 hours after leaving Plymouth.

Thanks David for that juicy nugget of nostalgia. Herewith a picture of the new housing on the site of Plymouth Friary.