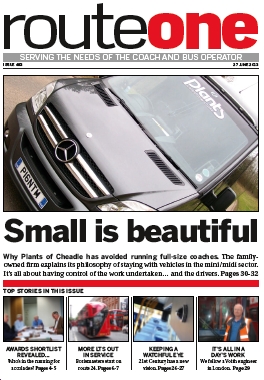 It is much more a periodical for bus engineers and coach buyers; but, because it is weekly, it does scoop some items of news. If you can accept the bias of "journalism by press release", (is there any other, these days?), it can set the agile mind of a blogger on a trail of extended investigation. 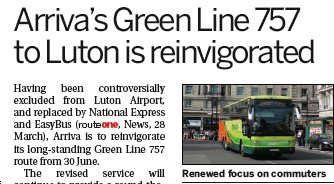 A week or so ago, fbb reported on dark dastardly deeds at Lorraine Chase's favourite airport.

From 30th July, Arriva revamps its 757 service to run from Luton Station (Busway Interchange) rather than that airport car park. Peak hour trips on Monday to Fridays serve the residential districts of the former home of happy hatters. 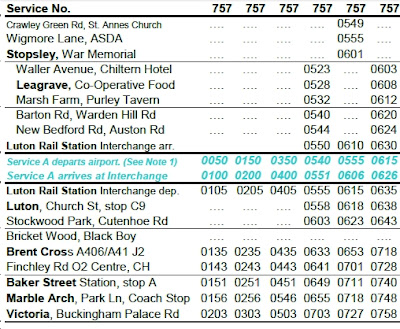 The middle of the day service Monday to Friday settles down to a 30 minute frequency, a reduction from a coach every 20 before the weird airport nastiness. 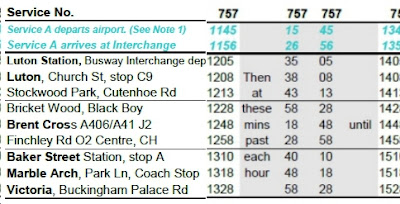 Connections are shown (in blue) with Arriva's route A; direct from terminal to station. Whether London-bound passengers will relish a 6 minute wait to enjoy the comings and goings on the new busway remains to be seen. Doubtless there is more controversy to come from Luton Airport.

Meanwhile back at Rutland Water. 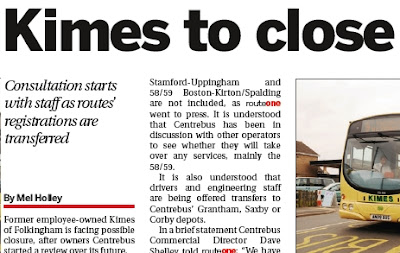 The article confirms (in part) news added to the fbb blog via a comment:-

Centrebus, owners of Kimes, have de-registered most of the Kimes registrations and transferred them to Centrebus; also beginning the legal consultation process for the close-down. It appears, however, that the parent company has not (yet?) re-registered the 9 and the 12 via Rutland Water. The "Route One" article suggests that Centrebus hope to "do a deal" with another, as yet unrevealed, operator.

Whatever happens, things will change around the former lands of the discredited Lord Empingham and his doomed fiancée, Edyth Weston. See "Not "The Lake" by Edgar Allan Poe [1]" (read again) and yet another much respected bus operator will fade into obscurity. This brand was used for Summer Sunday "round-trip" bus services to places of interest; visiting a sequence of different locations each week, One such destination was Rutland Water which, for example, ran on two Sundays in the season. It started at Northampton, then via Corby and Oakham with one circuit of the lake then back to Oakham.

click on the image to see in full size

Meanwhile, not in "Route One" and back on the Isle of Wight, Alan, our newly appointed Vectensian correspondent adds a little to the tale of the Island Coaster from the re-vamped Vectis web site. 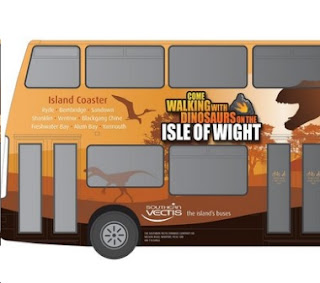 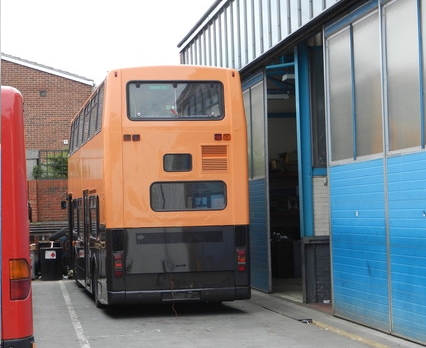 ... showing an unfinished vehicle. Alan confirms that they are being converted to carry six bikes (inside). The new summer frequency (every two hours) reminds fbb of what ran via the so-called Military Road in the past. 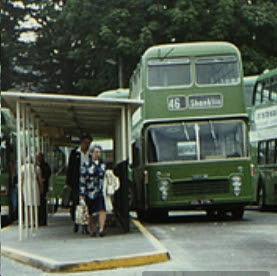 This became part of a huge "Round-the-Island" circular branded as "Island Explorer" route 7 ...

... which, at its height, provided a two hour frequency in the winter! 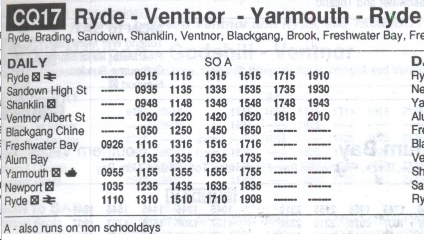 Then such services ceased to be "flavour of the year" and all buses via the full length of the Military Road ceased. 2013's return to a "proper" service, albeit without fares for "proper" passengers, may lead to a change. Certainly, attacking four vehicles with screwdriver and welding torch, paying someone to design a swirly new livery and glueing on huge panels of sticky-backed plastic is a lot of effort and money. Surely the buses will be used more than just for a few Summer weeks?

And, one further grump from fbb. Will there be any seats downstairs? Or will the less-than-mobile (fbb selfishly thinking of his increasing creakiness?) have to be hauled upstairs with a winch at the expense of the (very) occasional cyclist?

Next Bus Blog : Tuesday 2nd July
Posted by fatbusbloke at 02:00