The story so far:-


fbb has travelled from Seaton to Taunton and has been seriously underwhelmed with First's exclusive bus station. Fortunately the Castle Way departure stands can be seen from the exit to the bus station, although there are no direction signs or guidance available. 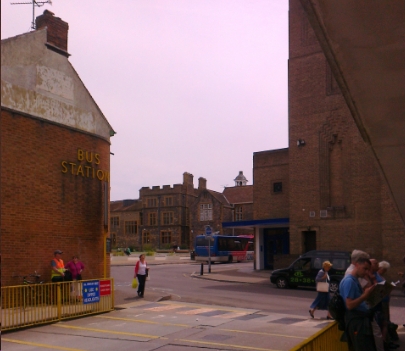 In amongst the castellated towers of Castle Green, we note the imposing block-house (right) that contains the Somerset version of the kremlin and its associated interview rooms and torture chambers. Joke? 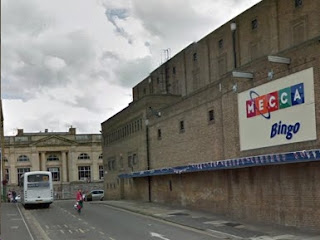 It's actually the former cinema, now Mecca Bingo hall; not a very good match for the architectural homogeneity of Castle Green. 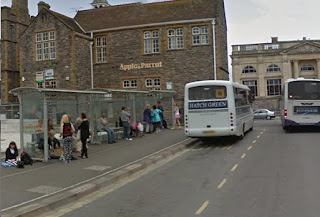 We can confirm that we are at the right place checking on the bus stop flags. Is Castleway a destination, a bus company or some sort of tourist route? No it is really Castle (space) Way, the name of the stop; confirmed by the street sign on the kremlin wall. 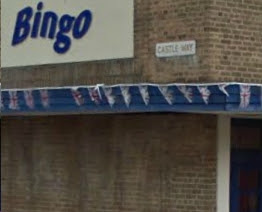 But not much help in checking routes from those two bus stop flags. But there is another flag at the other end of the run of shelters ... 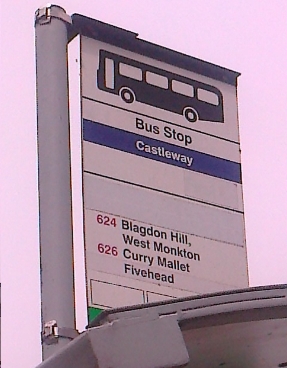 ... presumably displaying two of the more important and popular services? 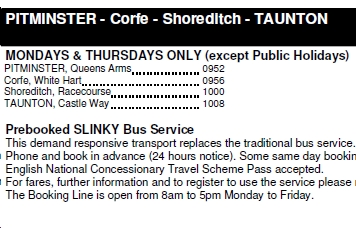 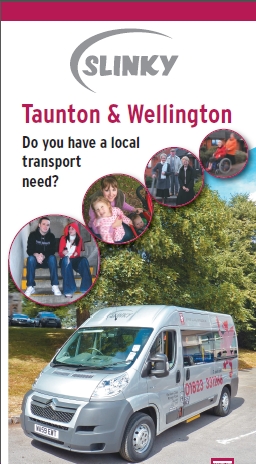 Castle Way is used by most non-First country routes and, despite appearances, can be as cramped as the bus station across the road. It's saving grace it that the road is one way and for buses only, effectively an annexe to the bus station. It would help the location confusion were it to be named Castle Way for bus station in publicity; or even Bus Station Castle Way.

As it stands, however, a potential passenger is expected to know which buses leave from the "bus station annexe" and where the semi-secretive Castle Way might be. With no town centre plan and a lamentable lack of information on the bus stop flags, this essential knowledge is hard to come by.

Whilst waiting for his bus back to Seaton, fbb was able to observe vehicle quality as here from Stagecoach ...

... and here from expanding independent Webberbus. 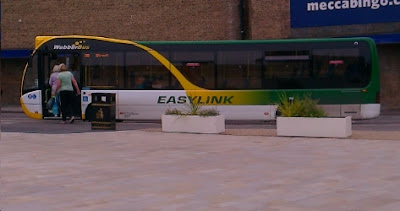 Their quality vehicles in bright, clean, branded liveries are a marked contrast to the operator across the road. 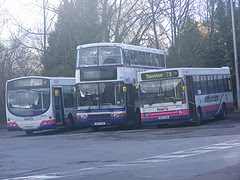 But we have resolved two of the three main departure points in Taunton. So where, please where, is the unmapped, unsigned and unlabelled "Parade"? And is there a Tourist Information Office and does it have timetable leaflets?

The ever determined fbb will crack these posers tomorrow.