Full many a coach of purest seat serene
The dark unfathom'd emptiness will bear:
Full many a journey is to run unseen
And waste its power to carry just fresh air


People have been gathering at the Marine Place bus stop in Seaton and, just before 0720, the total numbered eight. fbb  presumed that they awaited the arrival of ... 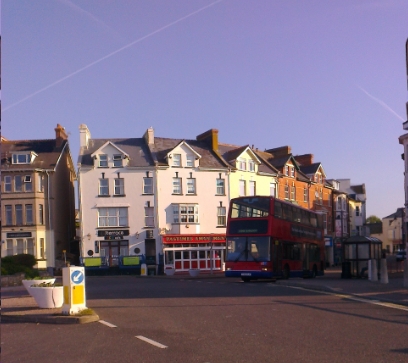 But, sadly, the awaiting passengers eschewed, spurned and ignored Axe Valley's finest, which, like its pedecessors, whisked round the roundabout and set off empty to lands afar. 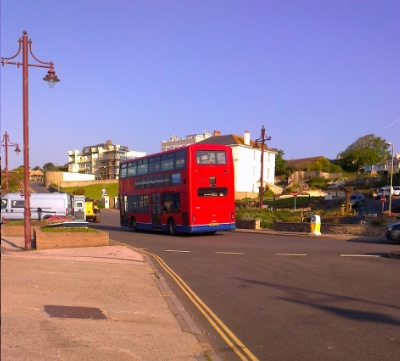 The Merlin left behind a growing crowd which eventually totalled 17. There was a frisson of excitement; the two waiting in the sun opposite the shaded stop have sprung to life and crossed the road. Those seated in the shelter have risen as one man (and/or woman) to their feet as the next rush hour departure turns the corner from Harbour Road. 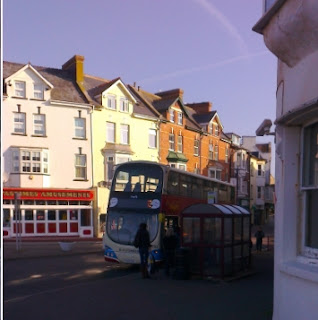 Aha! The crowd of patient passengers is going to Exeter (at least some of them are; possibly to college looking at the evidence of age, costume and accoutrements). Arrival in the Cathedral City is at 0838; ideal for an 0900 start of study and/or work. The last of the crowd (?) has boarded and the bus has then nipped up Castle Hill towards Beer. 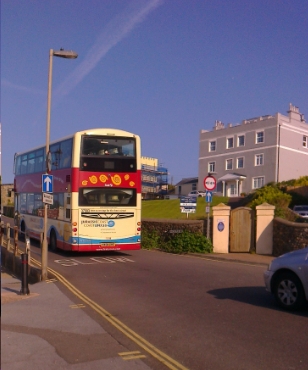 The stops all then reverted to their deserted state.

But, lo! A modest 7 minutes later and AVT's third vehicle arrived; and it's yet another Merlin. 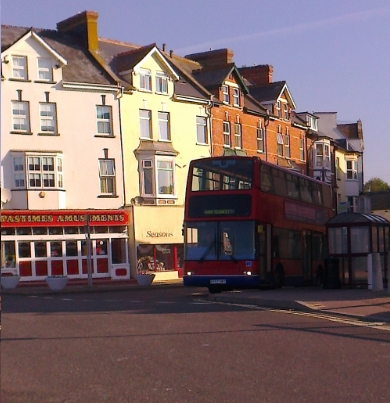 Passengers are there none, so off the bus roared. Two more to go! 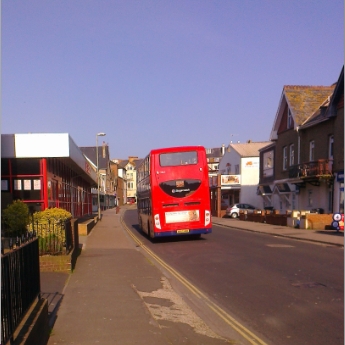 Yet again very lightly loaded (if at all). By now fbb had been up and about for well over an hour (the sun was shining but the air was still decidedly chilly) and was desirous of breaking his fast. The trauma of tempting tasty toast overcame the chubby one's plans for journalistic completeness and he failed to photograph bus number 8.

So what is going on? Why this plethora of public transport bereft of passengers?

One word supplies most of the answer: SCHOOLS. Four of the eight departures only operate on schooldays. The 899s from Seaton to Exmouth (0700), Budleigh Salterton (0720) and Sidmouth (0740) all return ...

... in a growing convoy to deposit their sleepy passengers at Colyford The Elms ... 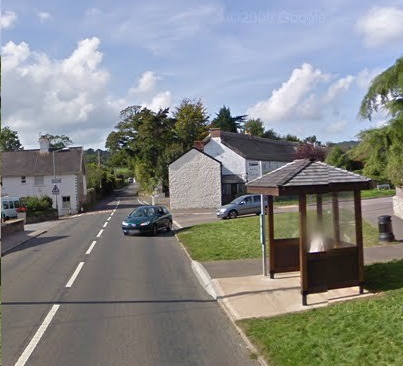 ... whence it is but a short stroll up the road behind the shelter to ... 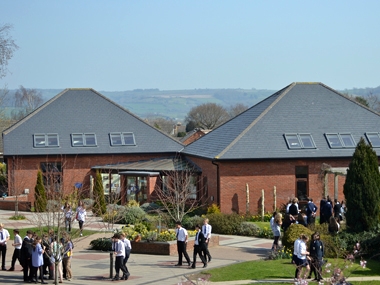 ... Colyton Grammar School, which, as its name suggests, isn't at Colyton.

Since its founding in 1546, Colyton Grammar School has enjoyed a long and distinguished history. As the only grammar school within a 50 mile radius, we offer a selective education to students in the top 25% of the ability range.

The school has a tradition of high academic expectation, nurtured by a culture which values achievement in all activities and supports fully the development of each student to achieve success, gain self confidence and be equipped as independent learners, ready to take their place as responsible 21st century citizens.

The school has one of the finest academic records in the country. In GCSE and at A-Level, the success rates far exceed national averages and are significantly higher than average for grammar schools. 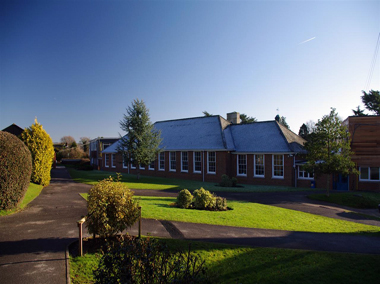 Although the likelihood of any passengers outward from Seaton must be small, AVT runs "in service" to recover the mere pittance that the Government now graciously pays as BSOG (bus service operator grant); which , in the good old days, used to be a significant refund of the tax on the fuel. With on-going proposals to divert this money via Local Authorities and "target services to benefit passengers", fbb wonders how long such specialist routes can be viable. The 0750 to Beer also provides school transport elsewhere and the 0810 from Seaton eastwards takes little kiddies to Woodroffe School in Lyme Regis.

So, to summarise; Seaton's bus hour (and five minutes) rush hour of eight departures is as follows:-

A splendid selection of operators, routes and vehicles to assuage the thirst of any omnibologist; but, fbb suspects, the thrill will diminish as time progresses and familiarity increases. For the time being, however, it is a worthy topic to enhance the understanding of East Devon bus operation. 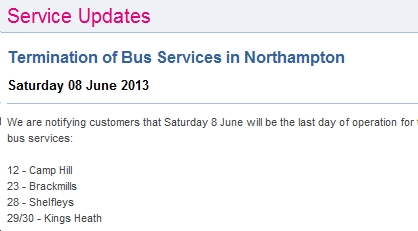 Today, in Northampton, First bus retreats and Stagecoach advances further; but, due to technical difficulties in the fbb map drawing department, a report will be unavoidably delayed. However, also today and co-incidetally, our intrepid Northampton correspondent is travelling all the way to Seaton on a train and coach excusion to enjoy the Tramway and a Classic Car display almost adjacent to the fbb downsized residence. 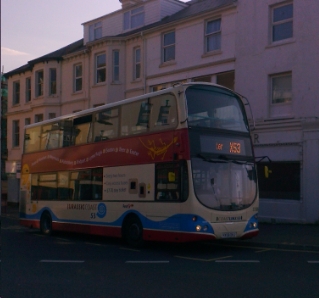 Next bus/tram/train blog : Monday 10th June
Posted by fatbusbloke at 02:00