Nicholas Owen, a train enthusiast who has written books on the Brighton Belle, the first electric London to Brighton all-Pullman service, led a delegation of 300, on the special class 159 locomotive yesterday. He discharged his duties on the platform and the podium before returning on the engine, which now bears the name Seaton Tramway.

Even for the most dedicated and insane rail enthusiast, a return "on the engine" of a class 159 would be very uncomfortable, dangerous and, almost certainly, impossible. 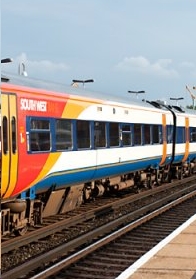 This promises to be an action-packed day out to glorious East Devon!

A delightful journey down the former Southern Railway route to the West Country, a naming ceremony on arrival at Axminster, a Gala event at the Tramway and even a major Classic Car show at Seaton, right alongside the tram terminus.

After decades of painful decline the turning point for the Southern Railway's route to the West Country came twenty years ago with the introduction of the comfortable Class 159/0 units. A pair of these will form our special train. Road transport will be provided for the short hop to Seaton itself.

How do you get to from Northampton to Waterloo for 0842 on a Sunday?

In theory it can be done. Assuming, that is, that you can get to Northampton station for 0620. 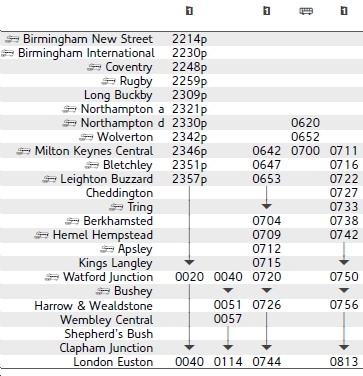 There is a bus, masquerading as a train, at 0620 which connects with the 0711 not-very-fast train from Milton Keynes Central arriving in Euston at 0813.

Now it gets difficult. Taxi? Perhaps risky so early on a Sunday; "yer average cabbie" likes his kip so there may not be many about. What about bus? Officially London Buses won't let you see a timetable but, if they did you would find:-

IF the London Midland train runs precisely on time, MAYBE? If the bus drivers have turned up for duty, MAYBE?

What about the Underground, Northern Line? Stop giggling at the back, it's better than it used to be. Again you are generally kept in the dark about timetables BUT, tfl offers a train every 5 and 4 minutes taking 10 minutes for the journey. Should be easy-peasy if everything goes well.

IF the London Midland train runs precisely on time, MAYBE? If the train drivers have turned up for duty, MAYBE?

But if it doesn't go well, the special leaves without you and your day is ruined. 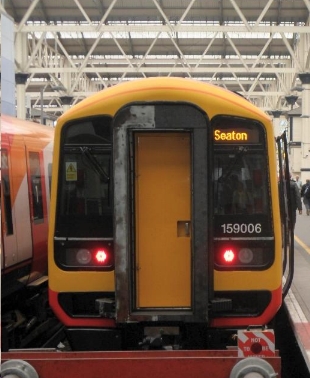 ... might have gaugeing and clearance problems making it to Seaton! But here is a brief video of the two units speeding through Gillingham Dorset (pronounced Gill with hard "G"; not pronounced "Jill" as in Gillingham Kent).
And if you were very observant, you might just have spotted a name-plate, safely obscured by white sticky-backed plastic, on the front coach of the rear three-car unit. 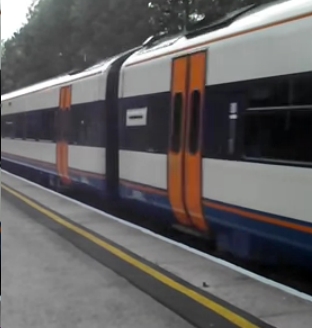 Upon arrival at Axminster, Alan and the trainload witnssed newsreader Nicholas Owen naming the 159 DMU "The Seaton Tramway"; but sadly was unable to photograph the event itself because of the huge wodge of excited enthusiasts. Here is the best he could do ... 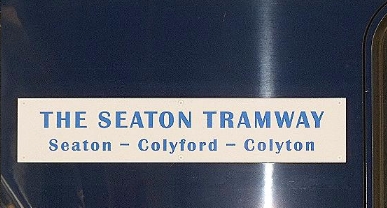 ... viz the nameboard once named!

Then a flock of Sewards finest coaches conveyed the party to the Underfleet car park at Seaton; where the coaches snoozed peacefully until their short return journey. 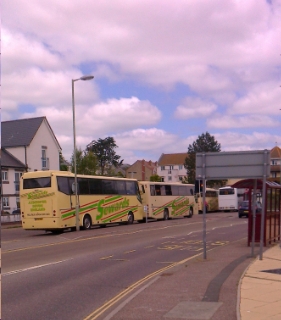 As well as tours and private hire work, Sewards, based at Dalwood near Axminster, also run some school trips, ...

... some to establishments where coach company web builders might benefit from a little education! And, talking of "grammer" and "speling", how about an ice-cream before you begin to enjoy the thrills of suny Seaton? 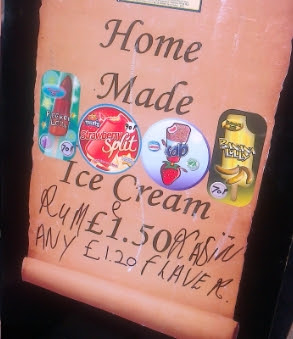 To conclude this excursion into the super Seaton excursion, we look (briefy) at the Classic Car show and the tramway's operation tomorrow.


Next Rail Blog : Wednesday 12th June
Posted by fatbusbloke at 02:00