The Search for the "Holy Grail" continued


Largs is in the county of  North Ayrshire, so perhaps their web site has a set of local bus timetables? 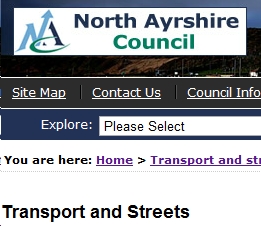 Not at proverbial sausage. In fact fbb can't even remember how he found the heading above. Then there's Traveline Scotland ... 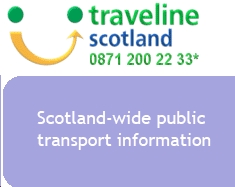 ... but you need to know the route number first:- 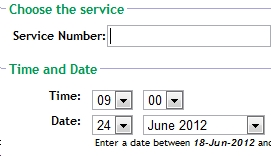 Or you can click on the timetable library button ...

... but here you need to know the operating company first:-

Most traveline regions allow you to search by locality and, if this were possible in Scotland, fbb might have been able to check what services were available and download their timetables. From information as reported yesterday, fbb thinks that the amiguities can be resolved with a reasonable chance of accuracy. See Languishing in Largs [Day 2] (read again).

One last check, however, involved a stroll round the centre of Largs yesterday (Sunday) morning to take photographs of bus stop information; an activity which produced a few askance glances from the local populace.
.
fbb's conclusions. 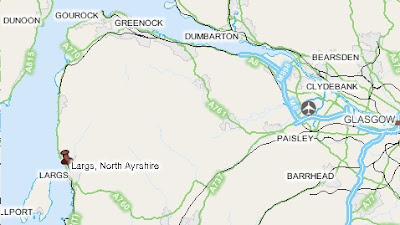 Sorry, fbb maps not possible away from home!
McGills, having taken over Arriva Scotland, run a significant network of routes as follows:- 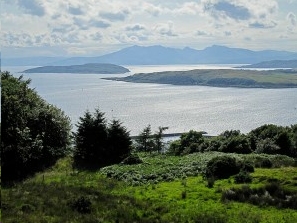 view from Haylie Brae to the Cumbrae islands
906  Largs, Greenock, Paisley, Glasgow
every half hour Monday to Saturday
every hour Sunday to Greenock only 906 photographed yesterday
907  Dunoon, Gourock, Greenock, Paisley, Glasgow
every two hours Monday to Saturday
[NOT from Largs but here to show the whole "network"]
this service travels by ferry between Dunoon and Gourock 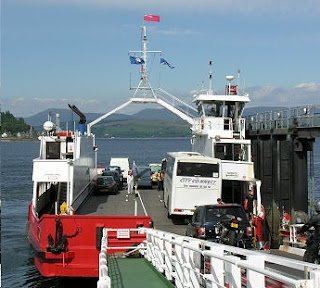 Then there's the Stagecoach route:-

585  Ardrossan, Largs, Greenock
every 30 mins Monday to Saturday
every 2 or 2.5 hours Sunday 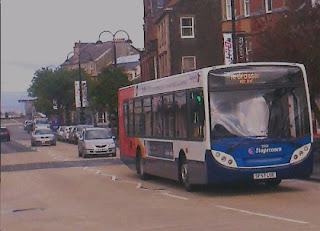 585 photographed yesterday
For those that care; and from yesterday's blog, there is no 800; it used to be an Arriva route from Glasgow Airport to Largs via Paisley and the Haylie Brae, replaced by the  904  above.

The 40 and the 45 DO exist; they provide local and "estate" services within Largs  40  and between Skelmorlie, Largs and Fairlie  45 .

40 and 45 departure lists and straight line routes
at the stop in Largs High Street
Which leaves the eternally mysterious  576  and  578  as shown on the National Rail "Onward Travel" pages for Largs Station. There is no mention of either of these on stops in the town, but a check with the "numerical timetables" pages on Traveline reveals that they are evening "fill in" tendered journeys between Largs and Greenock (Sunday 576, Monday to Saturday two journeys on 578). 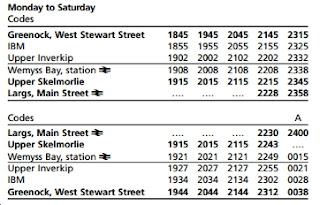 Presumably, as they are kept a closely guarded secret, they won't be heavily loaded and can be withdrawn at the next "tender round". The daytime 578 is operated (commercially?) by McGills between Greenock and Upper Skelmorlie.

So, after an afternoon's hard work and a 15 minute walk round the town centre, fbb might have got it about right unless anyone knows differently.

And, of course, it is all available on-line via a couple of clicks ... 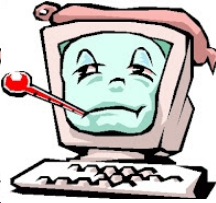 ... and an afternoon's frustration.

And, before you ask "What about Strathclyde Partnership for Transport?"

All that remains is to collect a full set of timetable leaflets from Largs Tourist Information Centre [stop sniggering at the back]. fbb will try today (Monday) and report back in due course.

And to gladden the hearts of those who hope longingly for helpful and reliable bus publicity, the departure list for the Harte service 66 to Braehead (which has not run since sometime in May) is still displayed throughout Largs and, presumably, all intermediate points. 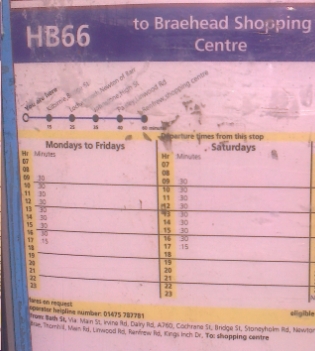 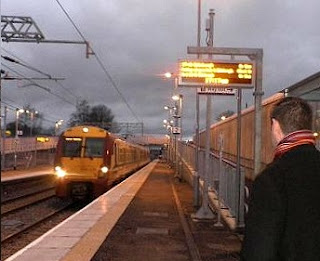