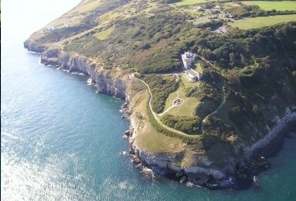 Durlston Country Park lies south of Swanage and was once a private estate with its "castle" as the centrepiece. Over the past few years the rather "tired" facility has been improved and upgraded into a splendid visitor attraction. As well as magnificent views ... 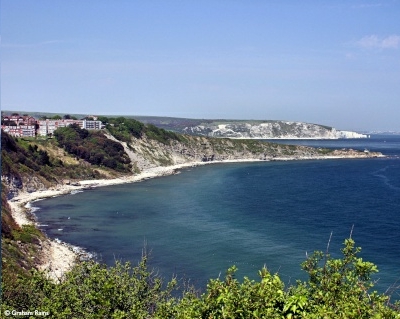 ... back towards Poole and Bournemouth, you can wonder at the huge globe ... 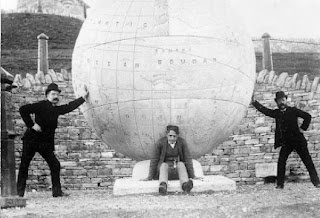 ... pictured here in the 1890s, and gaze over the the enigmatically named Tilly Whim caves, former stone quarries. 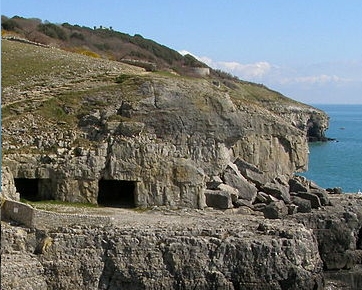 Back in 1995 the Great Britain Bus Timetable showed a spartan bus service from Swanage.

But from May 27th 2012 things have improved, just a bit. In partnership with Dorset County Council and the Park itself a daily half hour frequency (with a couple of driver's rest breaks) is operated by Damory; Wilts and Dorset [W & D] in a cunning disguise.
The leaflet, which popped through fbb's letterbox a couple of days ago, is a first class example of how to "sell" a bus service. It has an attractive cover ... 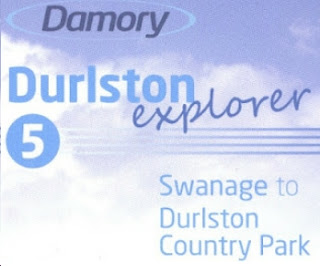 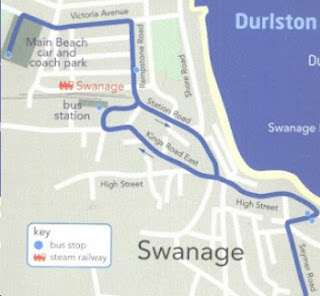 The leaflet has some general information about the Park's facilities and, obviously, the timetable for the route, of which only an extract is given here. 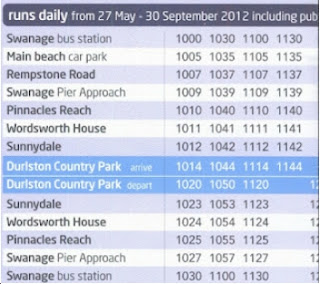 But the most stunning feature is the panel advertising the fares; and yes, W & D leaflets often give fares.

But look closely and you will see that returns offer good value by today's standards and "children" ... 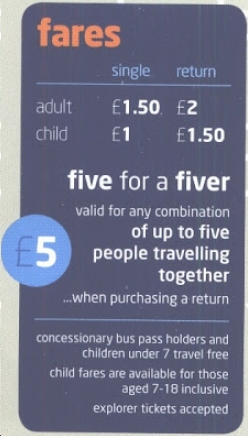 ... pay a reduced fare from age 7 to 18 inclusive. Five adults travelling together would pay just £1 return each. That's not just as cheap as chips, its much cheaper than chips! Are these the best value fares in the whole of the UK? Can they be bettered?
The net result is that it makes you want to go there.

Combine Durlston with an open top ride from Poole on the service 50, seen here leaving the Sandbanks chain ferry and you have the makings of a superb day out. If you want to spend a few more pennies then the Swanage Railway beckons ...

... just magnificent.
The bus service deserves to succeed, so, fbb suggests tactfully, GO THERE AND RIDE UPON IT! fbb is already planning a summer circular from the Island. 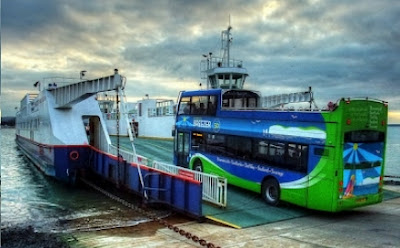 Next Blog : Monday 4th June
Posted by fatbusbloke at 06:14