It Has All Started! 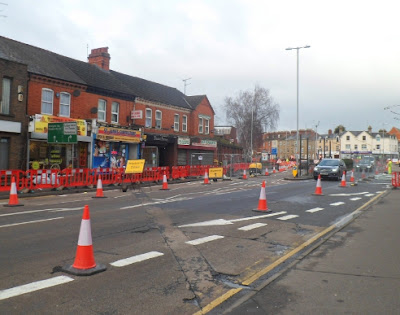 As of yesterday morning lorry loads of bright red barriers and a colossal convocation of cones had appeared at St James The Square. So what exactly is happened.

There is a plan. 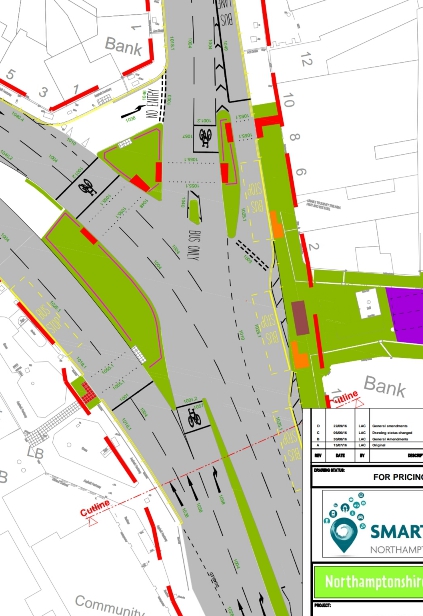 With a cursory glance this does not appear very different from the existing road layout. The outbound bus stop on Weedon Road (upper left) is still there although it appears to have lost its bus lane. 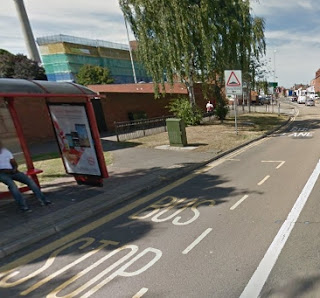 The bus lane on Harlestone Road is still there. 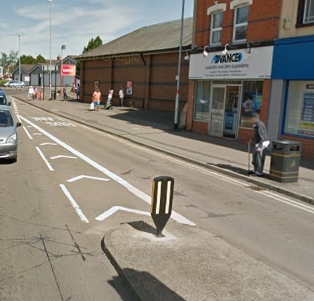 But on closer inspection we can see one change that affects public transport. 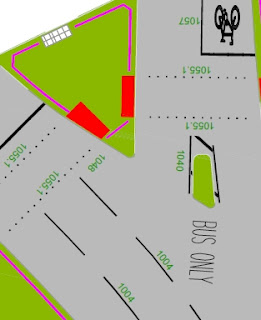 There, plonked provocatively in the middle of the junction are the words "BUS ONLY". It would appear, therefore that, instead of grinding round two side of the triangle ... 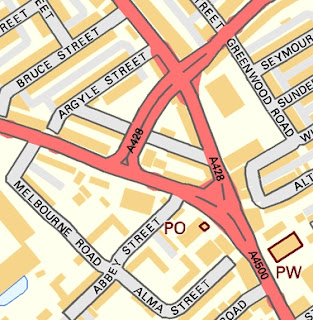 The planners have come up with a corker to facilitate this. Instead of one common stop for into town journeys, they have proudly announced that there will be THREE. And here they are, in yellow ...

... with on in (roughly) the current location and two extras in an extended bus only area which extends further towards the town centre.

The stop outside the former Merthodist Church remains for buses via Harlestone Road and to Kings Heath. 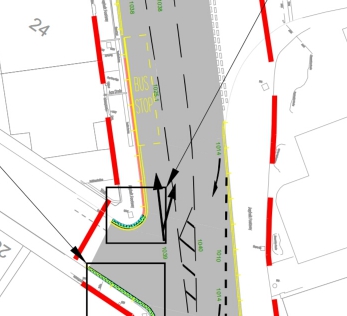 The red bars, by the way, simply appear on the maps as the "boundary of the work area".

This is how Northampton Highways Authority describes the benefits of this work.

Cycle CoNNect with two capital Ns? It is Northampton's somewhat limited version of London's "Boris Bike" scheme. Here, hidden behind a line of benches, is the town centre rack and booking terminal. 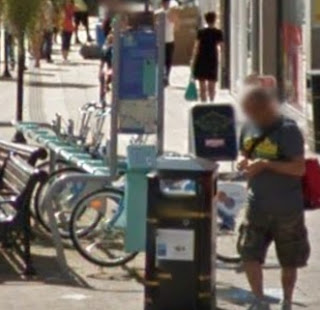 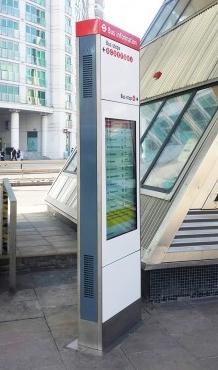 ... simply a monolith with a video screen. It might (might!) display bus departure lists but a highlight, of course, would be telling its readers what the weather was doing? (How about looking up?) And what are you supposed to do with "air quality" information? Stop breathing of the air is not good enough?

Most information in Northampton is "unreal" time, just a version of the timetable; and all stops at the Square already have it.

No bus routes have changed (or will change) as such. This sounds grand but probably refers to the rerouting of buses via Weedon Road as guessed at above.

Hmmm. At least the Jimmy's End youff will be able to bully one another on social media AND clog up the bus shelters, leaving real passengers to stand back for fear of getting mugged. 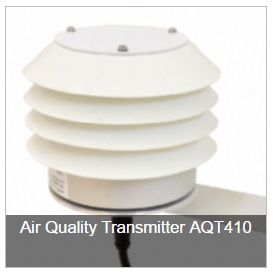 fbb has absolutely no idea what benefit these will be to local residents. Even if they work.

Enhanced traffic signals to give priority to buses

Believe that when you see it!

Astounding! But now comes the real purpose of the project.

And that means cars and lorries!

Responding, in part, to an Anonymous comment yesterday, fbb's concerns about this project are prompted by our Northampton correspondent who used to live there. It would appear the the Weedon Road project is part of a national "initiative" partly supported by some external funding. There is an undecut of feeling that this is money looking for a project, rather than an attempt to get to grips with Northampton's very real traffic problems.

It will certainly do nothing for the buses.

And whilst the work is going on ... 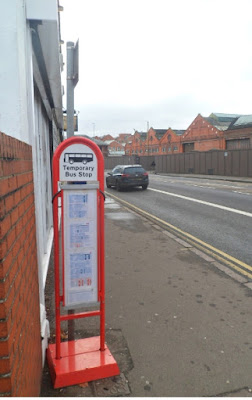 ... the humble bus passenger is being treated very badly - as we shall see tomorrow.