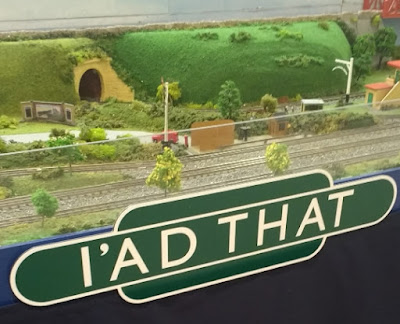 On of the layouts on display yesterday at the anonymous Beaminster Public Hall was something very different. At first glance, it looked like many other exhibition layouts, apart, perhaps, from the garish orange and cream buildings. 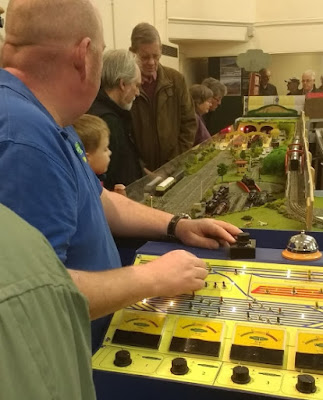 But, on closer inspection, it became obvious that the track was Hornby Dublo three rail, a system which disappeared in the early 1980s, supplanted by today's standard to rail track. 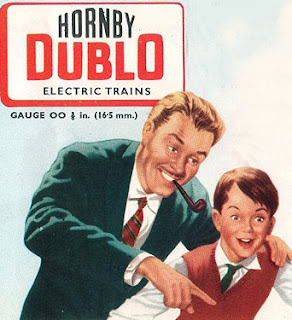 Back in the far off days of fbb's short-trousered childhood, boys from well-blessed family were proud of their train set. Most layouts looked like this. There as plenty of track, trains whizzing about at great speed, all enhanced by a good number of accessories. 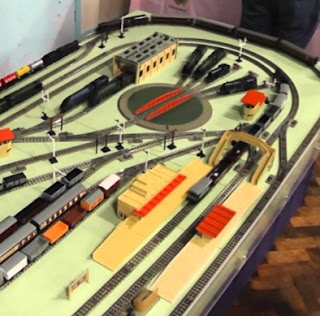 Sets of track plans were available which encouraged this sort of "tail chasing" collection unadorned with scenic embellishment beyond the bits and pieces that Hornby would sell you. 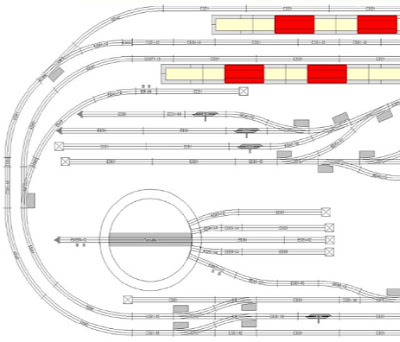 What the creators of "I 'Ad That" have done is to develop the idea of a 1950s "train set", but present it as with a taste of modern detailed railway modelling. The results are fascinating. 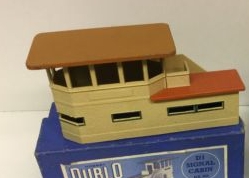 ... have been glued together (as Eric wold say of Ernie, "You can't see the join!") to make one extra-ordinary cabin. 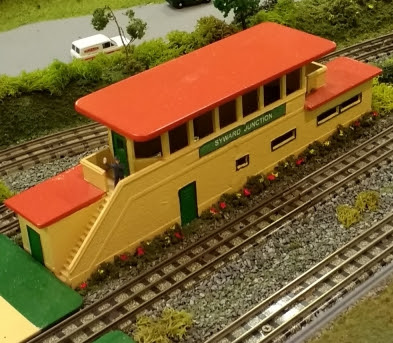 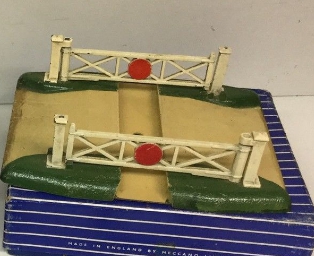 ... have had their cast metal "red bullseyes" filed away and replaced correctly and been conjoined by some matching metal plate (actually chunks of an old road sign) to make something much more elaborate. 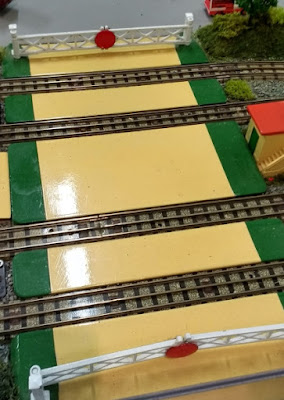 But in the spirit of days gone by, the gloss finish and basic colouring has been retained.

At one end is a loco yard where a "normal" hand operated turntable ... ... has been installed but motorised whilst retaining the looks of the original. A smidgen of grass and shrubbery adds a little touch of the modern modelling style. 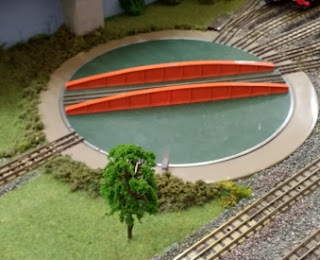 Electrically operated points are used throughout with their very distinctive "click" as the rails snapped across.  Signals, both colour light ... 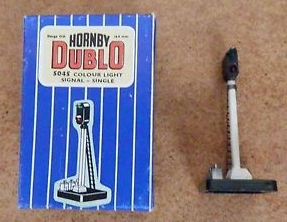 ...  and electrically operate semaphore are all correctly placed and work in conjunction with the passage of trains ... 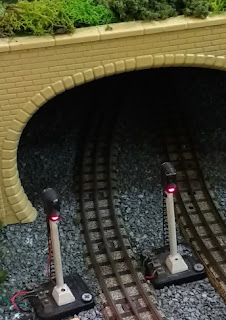 ... a sophistication which would have been beyond the wildest dreams of dad and his lad in the 50s. 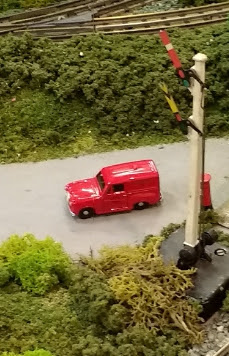 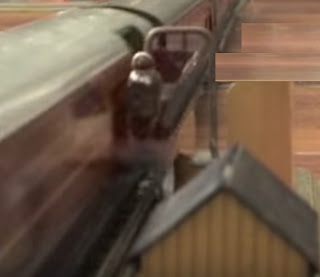 ... it scoops up a little plastic mailbag. Next time around it pings said mailbag into its collecting hopper. 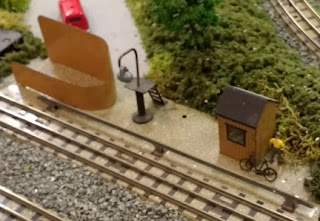 Triang had one, but plastic and mechanical; Hornby's was tinplate and electrical with power to the pinger being collected from the extra "rail" in front of the rather crude bits and bobs that held the mailbags. 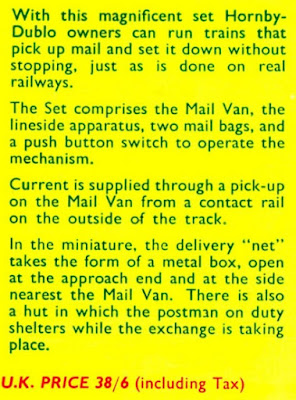 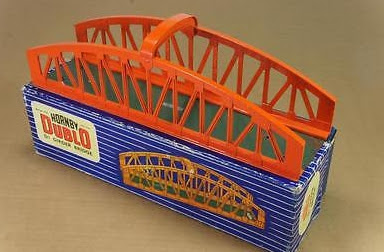 But the very nice men who were operating "I 'Ad That" assured fbb that most accessories were obtained from junk boxes and re-fettled by themselves. 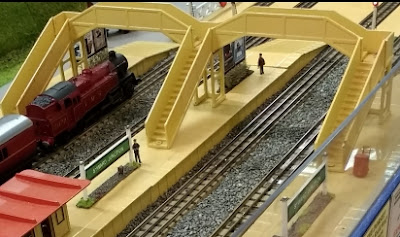 Of course, most observers at the Model Show would be more interested in the trains themselves, so, in a few days, we will look at what the layout builders have dome with standard and non-standard Hornby Dublo rolling stock.

For now, however, we need to complete the picture at Northampton.